Cataloguing the ‘Missed Destiny of Death’ 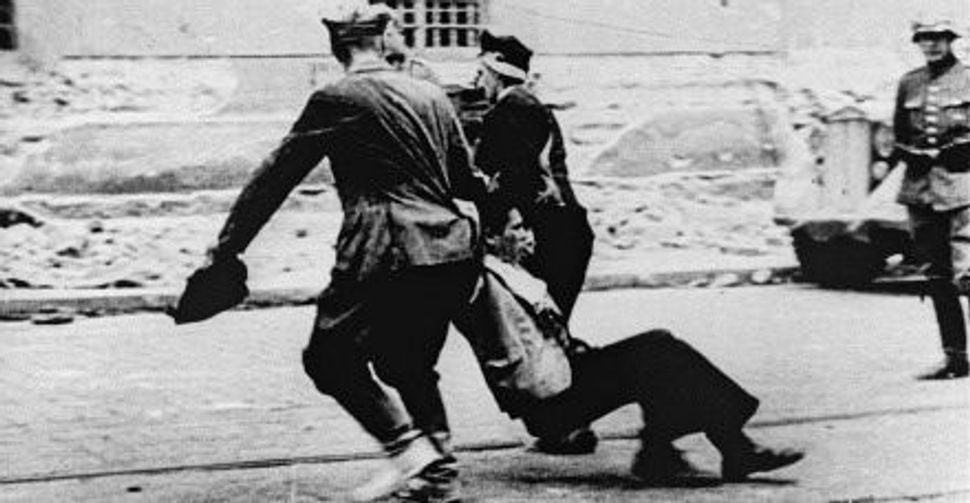 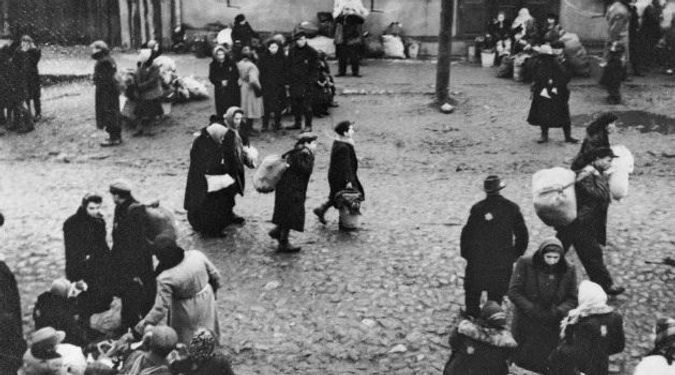 ?Staggering? Work: The U.S. Holocaust Museum?s new volume of its Encyclopedia of Camps and Ghettos is an impressive compendium of research.

Over the past two decades, a number of essential works have contributed to both our knowledge of the Nazi regime during World War II and its plans to conquer Europe and eventually murder all the Jews under its control. These works include Raul Hilberg’s path-breaking “The Destruction of the European Jews” (three-volume revised edition), Saul Friedlander’s two-volume “Nazi Germany and the Jews,” Richard J. Evans’s three-volume history of the Third Reich, Christopher R. Browning’s “The Origins of the Final Solution” and, most recently, Daniel Blatman’s detailed account of the closing phase of the Jewish catastrophe, “The Death Marches.” 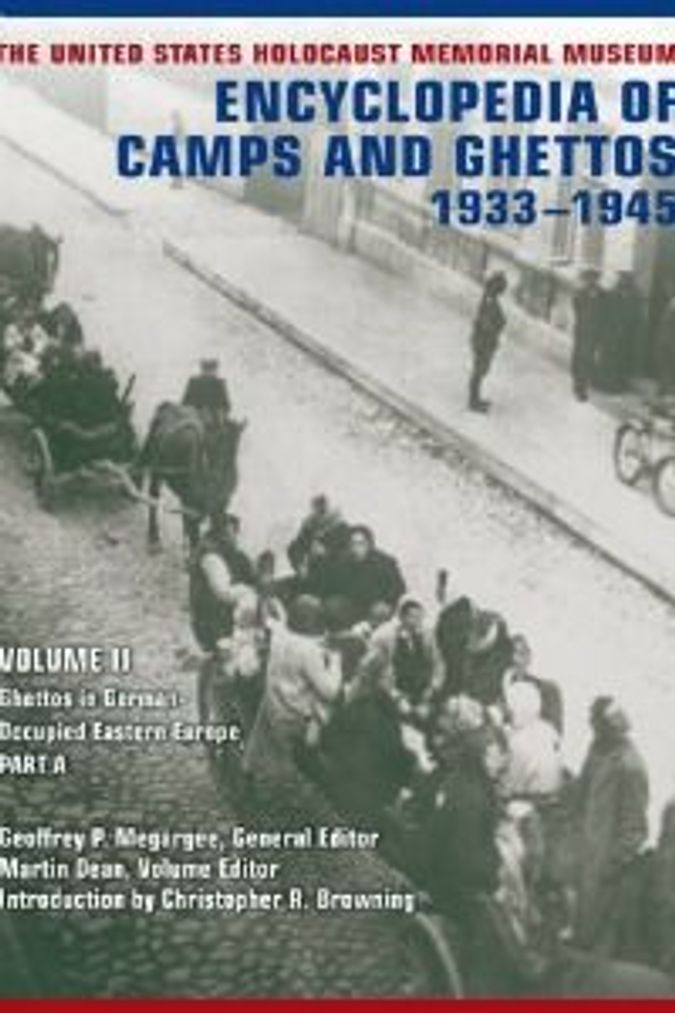 But equal praise and attention must be granted to the scholars and editors whose diligence and persistence produced the first volumes of an ongoing project from the United States Holocaust Memorial Museum’s Center for Advanced Holocaust Studies, appearing under the general title of “Encyclopedia of Camps and Ghettos, 1933–1945.” The initial volume (2009) was devoted to “Early Camps, Youth Camps, and Concentration Camps and Subcamps,” several of which eventually became the sites of extermination centers where nearly two-thirds of European Jewry were murdered.

Read the Forward’s story by Robert Zaretsky about new biographies of Hitler and Himmler.

The first volume of the encyclopedia contained brief essays not only on familiar names like Bergen-Belsen, Auschwitz and Treblinka, but also on countless little-known locales where Jews were gathered with minimal provisions for food and housing to labor for the war economy of the Third Reich. Places like Dachau and Buchenwald had more than 100 sub-camps each, which, in a monumental triumph of scholarly investigation, finally emerged from anonymity in the earlier volume to assume their legitimate place in the history of the Holocaust.

Now, we are presented with the results of an equally staggering achievement. Volume II of the series, just published, is devoted to “Ghettos in German-Occupied Eastern Europe,” and at around 2,000 pages it’s an even more impressive compendium of scholarly research and editorial enterprise than Volume I. Without the efforts of this consortium of international contributors, most of these places — “How many people would guess,” as the preface asks us, “that the Germans alone set up more than 1,100” of them? — might have disappeared from historical memory and slipped into oblivion.

In an illuminating introduction, Browning argues that German ghetto policies in the occupied territories of Poland and the Soviet Union did not represent “a uniform, centralized and calculated preparatory step for the ‘Final Solution,’” insisting rather that there is “no single interpretive framework that encompasses ghettoization in the German-occupied east throughout the war years.” This makes perfect sense, since the size, area, housing opportunities and living conditions for each ghetto varied from site to site. All these contingencies helped to determine the fate of the inhabitants, the length of survival before their execution and indeed the manner of their death, from the ravines of Drobitsky Yar near Kharkov and Babi Yar near Kiev, where tens of thousands were murdered, to pits dug in a nearby forest, where fewer than 100 ghetto inhabitants were buried after they were shot.

This kind of encyclopedia is not designed for “a wider audience,” but for those — and their number is considerable — seeking knowledge about the fate of their ancestry, as well as for scholars and researchers. The Encyclopedia’s table of contents is divided into eight distinct geographical areas: “Incorporated Eastern Territories,” “Protectorate of Bohemia and Moravia,” “Generalgouvernement,” “Bialystok District,” “Reichskommissariat Ostland” and so on. Each of these is, in turn, divided into “regions” (for example, Warsaw Region, Krakow Region, Lublin Region). Within each region, the ghettos are listed alphabetically. A brief reader’s guide at the beginning offers some tips on how to use the volume. A short general essay and a useful map precede each region section.

The volume can serve two purposes, and one hopes that neither will be favored over the other. First, obviously, it will provide a fund of information for future scholars about the life and death of Jewish ghettos during the Nazi era. The notes, followed by a list of sources at the end of each entry, challenge researchers to reconstruct in greater detail the forgotten ordeal of Jewish communities in which residents have been lost to history. But for the general reader, for whom such sources will be unavailable or, because of their original languages, inaccessible, there are dozens of entries substantial enough to challenge us to imagine the fate of the victims as the Nazi noose slowly strangled their hopes for survival.

In the village of Iwaniska, for example, we read with consternation that “Orthodox and liberal Jews continued infighting to such an extent that both groups assisted the Germans by preparing lists of their opponents, whom they claimed were not complying with the German orders.” Ultimately, however, as their situation grew more perilous, younger Jews from this community — contrary to the urging of their Hasidic elders — decided to slip out of the village and hide in bunkers in the forest. In the end, only one managed to survive; the Jews of Iwaniska who were not shot in the ghetto died in the gas chambers of Treblinka.

It should come as no surprise that these accounts make for bleak and dispiriting reading. The will to slaughter dominated German ghetto policy, and as the evidence in these essays shows, the ruthless manner of executing that policy seemed to have no limits. For that reason, careful attention should be paid to the conclusion of the volume’s editor, Martin Dean, that “the still preponderant image of the Holocaust as a mechanized and impersonal process needs correcting, as more information about the hands-on and brutal slaughters in the east, where most Jewish victims lived and died, continues to come to light.”

The occasional difficulties with the machinery of killing — for example, balance problems with the early versions of the gas vans, malfunctioning of the airplane engines that were the source of carbon monoxide for the gas chambers in Treblinka and the initial failure of the crematorium chimneys at Auschwitz-Birkenau — should have been enough to cause one to re-examine the long-held idea that the industrialized efficiency of Nazi gassing facilities created an effective remote method for mass murder. But this volume chronicles the constant unthinkable cruelties perpetrated by members of the SS, Waffen-SS, Wehrmacht and various German or local police units during ghetto roundups, marches and shootings up until the very end of the war. In doing so, and in providing eye-witness testimony from both victims and executioners, it will surely forever destroy the prevalent assumption that the Germans turned to gas chambers because face-to-face murder proved psychologically too damaging to the killers.

There is another value to the story of “Ghettos in German-Occupied Eastern Europe,” one that its authors may never have suspected. As I read the entries on the ghettos of Kalisz and Minsk, I had a sudden epiphany, one that might be shared by countless other American readers. My father’s mother was born in Kalisz, and my mother’s mother was born in Minsk, and as I considered the fate of their Jewish communities, and almost certainly of unknown relatives from among my own family members, I had a vivid sense of what might have been if those grandparents had not chosen to immigrate to America at the end of the 19th century.

Other Holocaust books are much less specific about particular places and communities. Except for the memorial volumes (mostly in Yiddish), where else would one find information about vanished Jewish communities like Kalisz? I call this “the missed destiny of death,” and I am sure that more than one reader will experience the haunting power of a possibility that became an impossibility only because an ancestor chose to leave home in order to seek a better life elsewhere.

Cataloguing the ‘Missed Destiny of Death’