Where Everybody Knows Your Name 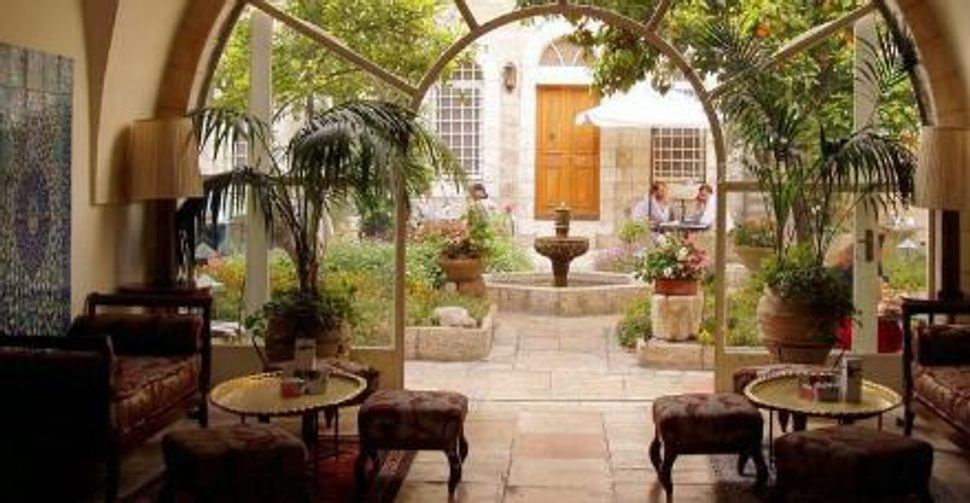 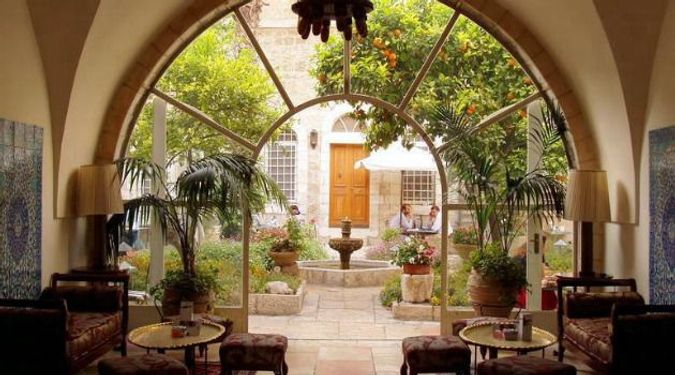 Booming Boutiques: Jerusalem?s American Colony Hotel and other boutique hotels across Israel are growing in popularity, partly because of the one-on-one attention and intimate settings they provide for guests. Image by wikimedia commons

Once upon a time, there were only a few ways to rest your head during a pilgrimage to the Holy Land. There were kibbutzim — which often required a week or month or year of volunteer work. There were campgrounds, though they required gear. There was the elderly cousin’s couch in central Tel Aviv, but that could put a serious crimp in your social life. And, of course, there were the grand dame hotels run by companies like Dan or Hilton.

Never inexpensive, you knew what you were getting in these five-star, conference-hall-sized lodges. The same couldn’t really be said of the few pensions scattered across the country. Once, during a stay in a youth hostel in Jerusalem, a fellow traveler tried to convince me that breathing in boiled vodka would kill my cold. (Don’t try it.) Another time, I slept at the YMCA on the Galilee, a marvelous early 20th-century building on the banks of the Kinneret. The 13 rooms were peaceful, if spare.

But in recent years, sleek boutique hotels have been sprouting up across Israel in increasing numbers. These crisp, gorgeously designed spaces are not large — some boast just a handful of beds — but they are chock full of the kinds of amenities world travelers have come to demand: Wi-Fi, flat-screen televisions, mid-century, modern-style furniture and fragrant toiletries you’d very much like to poach.

Boutique hotels have long been popular in Europe and the United States. Although they came a bit later to Israel, they are no less in demand. That’s because many of the global travelers who descend on Israel each year are now looking for the same type of top-notch service and intimate setting that has become a hallmark of the boutique hotel trend worldwide. “[Travelers] are looking for hotels that are not big in size, but [that are big] in personal service,” said Etty Gargir, general director of the Association for Tourism Tel Aviv/Jaffa.

The tourists attracted to these spaces are not just foreign — Israelis themselves are using them to get away for mini-breaks, according to Haim Gutin, Israel Tourism Commissioner for North America and Israel. “The Israelis are the first ones that go to taste everything that is new,” he said. The personalized service is also a draw. “In a hotel with 30 rooms, if you are there a week, they know you. They know your name. They know your habits, and they know what you are looking for,” Gutin said.

One of the small, intimate companies leading the boom in Israel is the Leopold Boutique hotel group, run by Leon Avigad, 40, and Nitzan Perry, 35 — partners in life and work. The duo opened Brown TLV (www.Browntlv.com, doubles from $215) in Tel Aviv about a year and a half ago.

The 30-room hotel offers a clubby space a stone’s throw from both the open-air Nahalat Binyamin market and the artists’ barrio of the city, Neve Tzedek. Starchy white-linen sun beds line the roof deck, and 500-thread-count, white-on-white bed linens brighten chocolate-brown and lime-green rooms. A new Israeli brand of soaps and creams, Minus 417, is in every bathroom.

“When I grew up, I always knew I would be a hotelier,” said Avigad, who has worked for all the big names in Israel, including the Dan Group and the King David. But he felt something was missing: an environment where people felt nurtured, not one among many. “We wanted to create an ambiance, a soulful hotel,” he said. Avigad said the Leopold group is courting “the New Luxurian” traveler — someone who wants to stay somewhere “local and authentic and not pretentious.” Brown TLV fits the mold: The lobby is decorated like a home den, with chess and reading material and a selection of excellent cookies and coffees for anytime snacking. (They’ll even pack the cookies up for you, to take away for a picnic.) “It’s your space in the center, center, center of the city. It’s very urban, very small, very intimate,” Avigad said.

The success of Brown TLV has propelled a major expansion for the Leopold team. The couple plans to open several more hotels throughout Israel in the next two years. They are in the process of rehabbing an as-yet-unnamed Netanya resort with 137 rooms and a Brown TLV-style boutique hotel mere “minutes’ walk” from the Old City Walls in Jerusalem.

Soon, too, will come 9 Lilienblum, on the site of the city’s very first hotel, and the 37-room Bau TLV, housed in Tel Aviv’s Polishuk building, an iconic Bauhaus structure near the stylish Sheinkin Street and Nachalat Binyamin, which the hoteliers promise will be pitched to budget-conscious travelers.

The Leopold group is hardly the only chain that’s taking away the chintz and putting in the wood floors, crisp linens and clean lines we think of as “boutique.” The Atlas hotels chain (www.atlas.co.il), which boasts seven properties in Tel Aviv and four more scattered around the country, has in general a slightly lower price point and a few more rooms on hand. The 82-room Cinema Hotel (rooms from $225) is housed in what was the Esther Cinema — Tel Aviv’s first movie theater — and has a kind of film-chic look (old projectors and old movie screens line the lobby). Offering free bicycle rentals (for getting to the beach, or otherwise), the hotel is nestled inside one of the city’s well-preserved Bauhaus buildings. The lobby is grand, and the rooms are sleek to the point of spare.

The 120-room Tal Hotel (rooms from $225), just off the beach, offers kitchenettes and family-friendly adjoining rooms. A tall, white cube, with small but efficiently laid-out rooms that are well-equipped for business travelers, the Tal is known for its friendly staff.

Outside of Tel Aviv, in the Negev, the Isrotel “exclusive” collection recently opened “Beresheet” (as in “In the beginning”). The hotel (www.isrotelexclusivecollection.com; doubles from $450) overlooks the enormous Mitzpe Ramon crater and offers a large, shared pool, as well as rooms with private pools. The buildings — adobe-like structures sheathed in rock — look like something out of “Star Wars” or “Mad Max,” and they blend into the desert landscape.

To be fair, not all of the boutique hotels are new. In East Jerusalem, the Mandate-era atmosphere of the American Colony Hotel is such that even just having a drink in the gardens feels like stepping into another era, though the pool and business center are completely modern and updated (www.Americancolony.com; doubles from $455). The hotel is a meeting place for diplomats and journalists and is seen as a gracious haven from the strife that has marked this city.

In the north, there is the marvelous Mitzpe Hayamim (www.mizpe-hayamim.com; rooms from over $300, though deals are sometimes available online), a spa and oasis on a hillside overlooking the Jordan Valley. Farm-to-table may be a cliché, but nowhere is it more truly lived than here: Goats and cows on the premises provide milk, and herbs grow in gardens on the rooftop. All of the food in the primary restaurant is vegetarian and grown on site. (There is also a non-kosher restaurant that offers meat.) The fish are locally sourced, and the olives are grown on the premises, then pickled and brined at a nearby village. Nothing is refrigerated save the ice cream, and the cuisine — not to mention the experience — tastes a little like paradise.

And that, really, is what the boutique experience is all about. In an economy where every dollar counts, the experience of the stay has become more than simply sleeping on clean sheets.

Sarah Wildman writes about the intersection of culture, politics and travel for The New York Times and the Guardian.

Where Everybody Knows Your Name