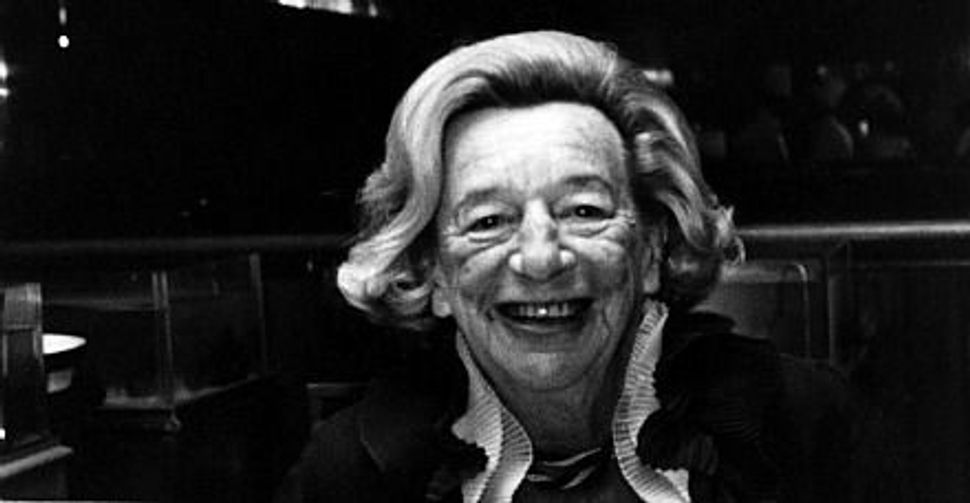 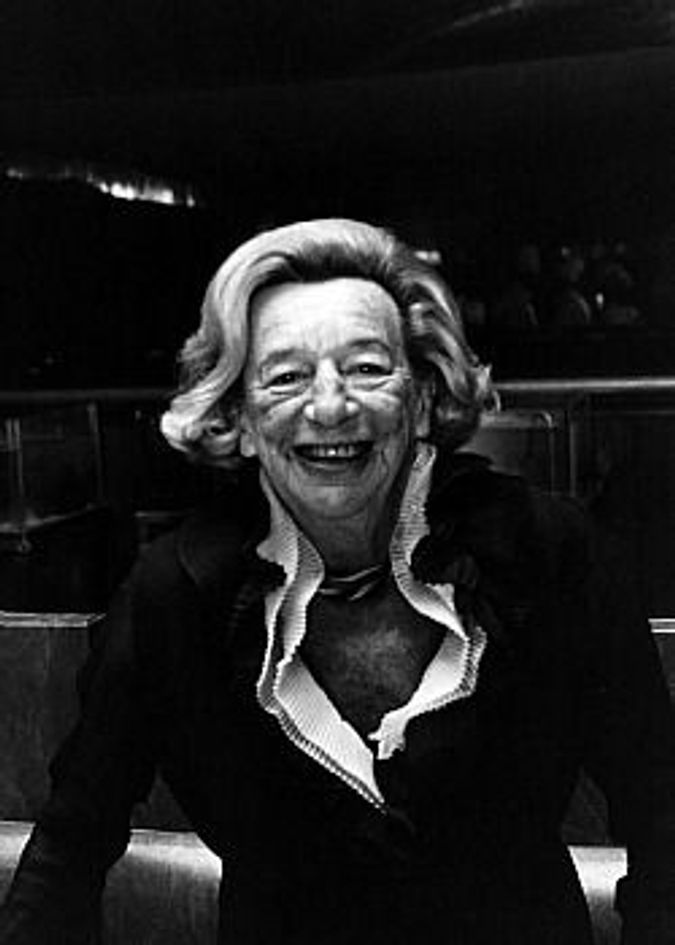 Not Easy To Pigeonhole: Lillian Hellman has been branded a liar and a Stalinist. But she was really a hardnosed woman who refused to betray her friends. Image by getty images

I don’t know that I have ever read this good a rescue job. Columbia historian Alice Kessler-Harris’s biography of dramatist and screenwriter Lillian Hellman made me feel like a stupid cliché: just another American who knows little of Hellman’s life, and even less of her work, but feels totally comfortably judging her as an unrepentant Stalinist and a compulsive liar. After all, we all know (don’t we?) that Hellman’s plays were middlebrow and unforgettable, whereas Mary McCarthy’s 1979 slander of Hellman, uttered on “The Dick Cavett Show,” was pithy and devastating: “I said once in some interview that every word she writes is a lie, including ‘and’ and ‘the.’”

What more did one need to know about Hellman, especially since the old bag died in 1984, having produced not one heir or protégé to defend her name? And yet Kessler-Harris has persuaded me that Hellman, for all her lies, was brilliant, courageous and, above all, interesting. Hate her if you must, but don’t reduce her.

It’s this simplification of Hellman, who was born in 1905, that troubles Kessler-Harris. Hellman wrote some of the most beloved plays of the century (most especially “The Little Foxes”) and a classic memoir, “Pentimento,” and also refused to name names before Congress in the 1950s — last time I checked, still considered an honorable act — yet in death she was remembered mainly as a Stalinist and a liar. When Zoe Caldwell played Hellman in a one-woman show, critic Frank Rich complained that the portrayal was too positive for a woman whom we all knew to be so loathsome.

Kessler-Harris has not written a traditional biography. The chapters are thematic, not chronological. “A Serious Playwright” is the chapter about Hellman’s work; “An American Jew” about Hellman’s religious identity; “A Self-Made Woman” about her relationship to money, and so forth. This structure can be repetitive and disconcerting. It can be jarring to read about a particular lover of Hellman’s (she had many) in one chapter, then to really read about him in another chapter, where he fits better. The plot of a play might get summarized for its relevance to Hellman’s literary style, then re-summarized later for its relevance to her politics or her Judaism.

The book can also be worryingly vague: At one point, Arthur Cowan, a lawyer, is a lover of Hellman’s, and at another point he is mentioned in a list of “intimate friendships” that includes columnist Joseph Alsop and CBS news executive Blair Clark — but were these men Hellman’s lovers, too? It is unclear, and one suspects that Kessler-Harris does not really care. She hurries past the gossipy, the pleasingly quotidian and the enticing (I’d like to have known more about those fishing trips with John Hersey — did they talk boys?) — on her way to the politics.

But when Kessler-Harris riffs on the politics, she plays a nifty tune, and I for one finished the book feeling glad she had organized so many glimpses at the period from 1950 to 1984. In that time, Hellman, a middle-class German Jew of homely looks but aristocratic tastes, born in New Orleans but raised mostly in New York, drifted away from her half-hearted prewar communism yet became identified as a pre-eminent woman of the unreconstructed left. Rather than taking this stereotyped Hellman as a given, Kessler-Harris asks how the caricature came to be. She finds it neither accurate nor inevitable, rather the product of a striking confluence of events.

It is true that Hellman never really acknowledged Stalin’s atrocities: the famines, the show trials, the purges. Kessler-Harris makes a persuasive case that in the 1950s, Hellman was too worried about the excesses of McCarthyite anti-communism to think clearly about the Soviet Union; civil liberties here in America were her primary concern. And Kessler-Harris makes the reader see how bad Hellman’s choices were: By the mid-1950s, to join the ranks of chest-beating ex-Communists meant that one had to snuggle with some really smelly bedfellows. Hellman was stubborn, to be sure, and willfully naive about Soviet oppression. But she may have been guilty of vanity more than of callousness. After a certain point, digging in her heels preserved more self-respect, or so it must have seemed, than being seen as another disillusioned ex-commie.

Put another way, Hellman refused the blandishments of neoconservatism. She didn’t want to eat at that dinner party. Naming names was, in her mind, worse than starving millions to death; she did not endorse the latter, but she could not fathom the former. “[H]er greatest offense,” Kessler-Harris writes, “and the one that called for the most scathing denunciation, was her insistence on holding to account those who had failed to defend the victims of McCarthyism.” And in an intellectual world filled with people who had, in turning on communism, in some sense turned on their friends — some of them, like Elia Kazan or Ronald Reagan, literally, in front of Congress — she was a reminder for these people of their cowardice.

But still, it took a special talent for controversy to provoke such enmity in the 1980s, after most of the old battlefields were grassed over. Her three memoirs, “An Unfinished Woman” (1969), “Pentimento” (1973) and “Scoundrel Time” (1976), made her a hero to many in the women’s movement: Here was a matriarch who was frank about her three abortions, who had earned and kept her own money, who had slept around, who had scythed her own way through life. But she was poor with the details, unconcerned about accuracy and self-serving with her anecdotes.

One story from “Pentimento,” in which she invented a role for herself in the Austrian resistance during World War II, was particularly egregious. Before non-fiction fabulists like James Frey and Mike Daisey there was Lillian Hellman, and the many, easily found discrepancies made it seem that the Stalinist tendency for dissembling was Hellman’s primary trait. Kessler-Harris argues that the memoirs were the work of a flamboyant dramatist, one who thought in grand narratives, not of a single-minded ideologue. But the image stuck.

And then there was the feud with McCarthy. Slander defended is, as we know, slander repeated, and it probably was unwise for Hellman to sue McCarthy for the 1979 attack. The lawsuit made the question of Hellman’s truthfulness a juicy news story, one with legs. It turned many in the civil liberties community, wary of any lawsuit that would dampen free speech, against Hellman, who had been one of their own. And it forced McCarthy to seek out, in her own defense, every last exaggeration or invention in Hellman’s memoirs — and she found many.

Hellman died before the lawsuit could be resolved, and in death her critics had the last word. But Kessler-Harris is right, I think, that Hellman was always more a skeptic of the United States than an enthusiast for the Soviet Union, and that her life and plays “proclaimed the benefits of a certain kind of moral society, one that would care for its poor and excluded members, protect democracy against bullies in uniform or not, and provide the freedom to live by one’s own lights.” It would have been better had she worried more about the Russians’ freedom under Stalin, or about factual accuracy in her own self-fashioning. But a biographer’s job is to understand, not bury, her subject. Alice Kessler-Harris has succeeded.