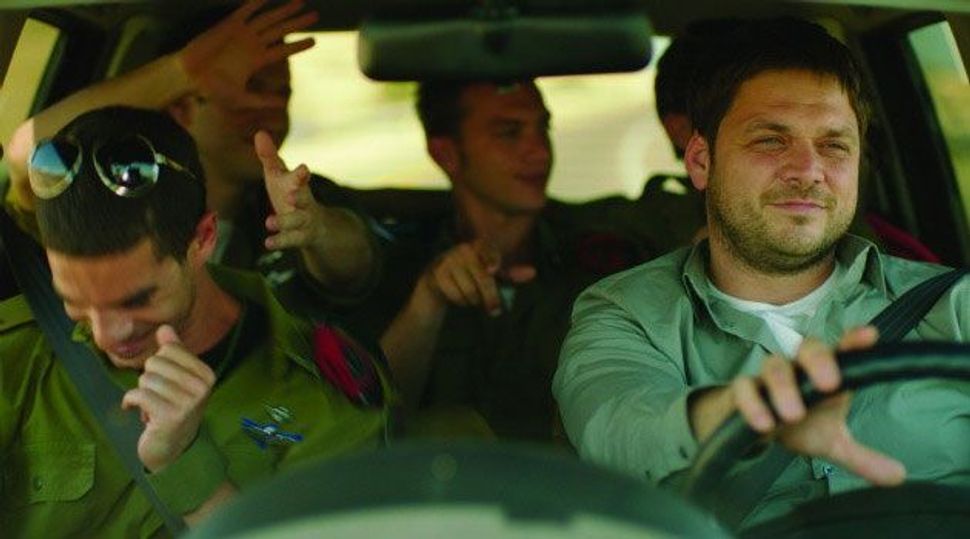 It’s been almost 10 years since “Yossi and Jagger” came out (no pun intended) to rave reviews. The movie, of course, is Israeli director Eytan Fox’s romantic drama about two male soldiers who fall into a doomed love at the front in Lebanon. The subject matter, a gay relationship within the context of the Israeli army, was groundbreaking in Israeli mainstream cinema. And, arguably, it is Fox’s best work to date.

The film was so poignant, in fact, that I’m not entirely sure that “Yossi,” Fox’s new follow-up film, which premiered at the Tribeca Film Festival in April, was even necessary. As one might suspect from the title, the new film follows Yossi, again played by the believable Ohad Knoller, into his present-day malaise as the single survivor of the original love-struck couple.

The camera lingers over Yossi’s perpetually tired, wrinkled and unshaven face, conveying without words the textbook definition of “sad sack.” Though Yossi is not in complete denial, the outlets he allows himself reinforce his isolation. When Yossi finds a potential male companion online, the would-be date experiences “loathing at first sight.” His date, a superficial shirtless hottie, first berates Yossi for using a three-year-old photo for his online profile and then offers Yossi the “opportunity” to perform oral sex on him so that the evening will not be a total waste.

The depiction of Yossi’s loneliness is so realistic and depressing that it makes sense that when Jagger’s mother, Varda (played by Orly Silbersatz Banai, with the real poignancy of a mother who has lost her only child), comes in for a routine checkup, Yossi seizes the moment. Without revealing who he is or that he knows her dead son, Yossi offers her a ride home from the hospital and listens to Varda chat about her son, even showing Yossi a picture. Her memories of Jagger are closely guarded though, and she is less chatty and hospitable when, a day or so later, Yossi presents himself at her door to tell her who he really is and how he knew her son. His attempt to get closer to the one remaining vestige of his love has failed.

After experiencing the sadness of rejection by such a crucial remnant of his past, Yossi commits an error of judgment at work that puts a life at risk. As a result, he takes a long-overdue vacation, intending to drive down to the Sinai. The viewer, at this point, cannot be faulted for wondering if we are going to have to watch Yossi stare into sands, ever shifting and yet impenetrable, for another hour.

Fortunately, relief comes in the form of four hard-bodied soldiers who miss their bus at a rest stop and to whom Yossi offers a ride. One of these soldiers, Tom (Oz Zehavi), is gay, and while his buddies jokingly call him “homo,” it doesn’t seem to be the all-consuming identity issue for them that it is for Yossi. Looking at this world from the outside in, Yossi decides to vacation in Eilat instead, slowly emerging from his “Death in Venice” reading shell (the guy is a walking party) to get to know Tom and begin to fall in love. Thanks to the climate in Eilat, we also get many shots of the guys in their bathing suits, giving a glimmer of hope and even humor to the film.

There are films that you see, in which, as soon as the final credits roll, you think, “I wonder what will happen to … ” and want to see a sequel. I’d argue that “Yossi and Jagger” was not one of those films. The beauty of “Yossi and Jagger” lay in the fact that it was entirely self-contained. The romance transpired only on the soldiers’ base, in a deliberately small-scale setting.

For those who were curious about what happened to Yossi afterwards, though, I’d argue that there are no real surprises here. Yossi engaged in a prolonged period of grief and later fell in love, emerging from the cocoon of memory into the possibility of the present and future. If anything, perhaps the surprise is that the subterfuge didn’t extend to him getting engaged and/or married to a woman, but that his love for Jagger forced him to admit to himself, if not to others, who he really was.

In the years since Jagger’s death, Yossi has become a sleeping un-beauty who is awoken by Tom to a new Israel where no one is bothered by gays in the military. I’m not sure that a new Israel is conveyed here, though, in a way that is either surprising or compelling. Or maybe it’s that this viewer is so accustomed to the idea, knowing so many gay couples in Israel, that now, almost 10 years later, it all seems like old news.