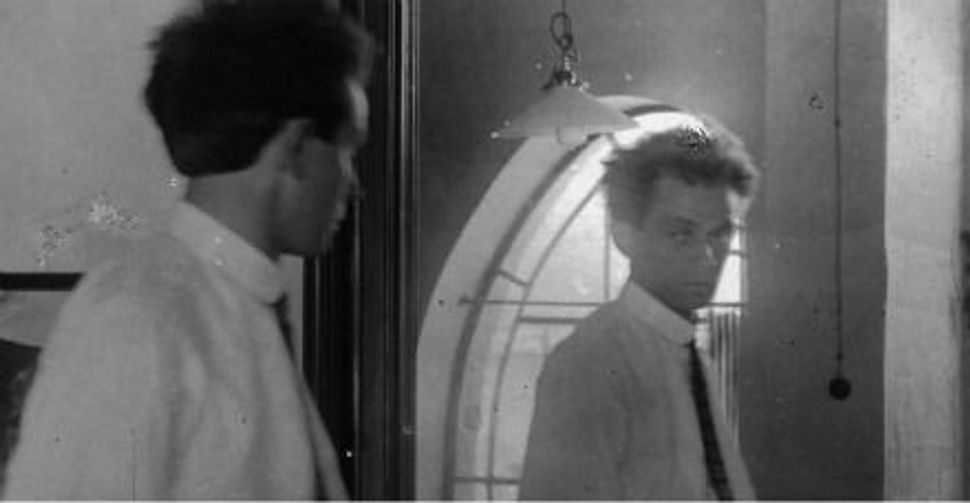 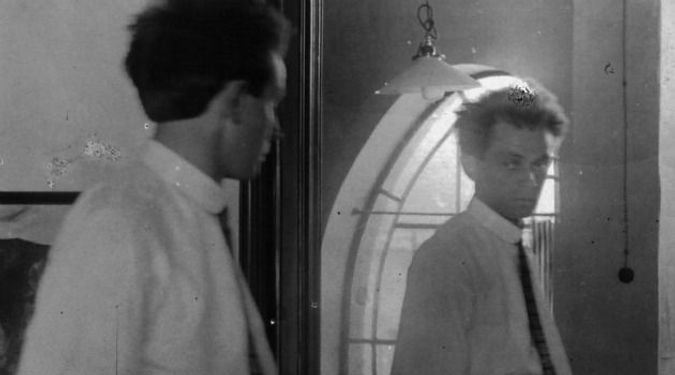 Sometime in the mid-1990s I was asked by a Jewish arts organization to arrange an art trip to Europe — preferably to look at modern and contemporary art. I immediately suggested that we visit German art museums, since there are so many of them and they have been so active in those fields of collecting and exhibiting. “No! Not German museums!” was the immediate reply. “Our members would never agree to take a trip to Germany!” “Okay,” I said, “how about Vienna, Budapest and Prague?” They loved that idea, so we went ahead with plans for the tour, which ultimately also included Krakow (as a kind of pendant to Prague) and the requisite visit to Auschwitz. When we finally arrived in Vienna, I asked the tour members why they seemed so comfortable there, and why they didn’t seem to think of it as a place with World War II and Holocaust echoes. They remained scarily silent.

Memories of that experience came rushing back to me as I watched the remarkable new 90-minute film “Portrait of Wally,” which tells the shaggy-dog story of the eponymous 1912 Egon Schiele painting of his mistress, Walburga (“Wally”) Neuzil. Deftly directed by Andrew Shea, it’s a tale that I mistakenly assumed would be entirely familiar. After all, I well remember reading the December 1997 New York Times story by Judith Dobrzynski, breaking what turned out to be a major story about the painting’s murky history. And I thought I had followed all the subsequent newspaper accounts of the controversy surrounding Robert Morgenthau, New York’s district attorney at the time, seizing the painting from the Museum of Modern Art, where it had been part of a 1997 exhibition of Schiele’s work from Vienna’s Leopold Museum.

The work, which the Nazis stole in 1939 from the personal collection of a prominent Viennese Jewish art dealer, Lea Bondi Jaray, had morphed from a painting into a cause célèbre. Following a 13-year dispute, Jaray’s heirs were eventually paid a considerable sum by the Leopold Museum; the work was briefly displayed at New York’s Museum of Jewish Heritage, and presumably it can now be seen regularly back in Vienna.

But those facts seem like minor players in a film that carefully reviews the complex history of the painting. The film unfolds episodically. And, episode by episode, “Portrait of Wally” talks to the people behind its convoluted journey: its theft by an Austrian Nazi art dealer, Friedrich Welz; its postwar whereabouts; the chicanery as an Austrian national museum (Belvedere) traded it to noted collector Rudolf Leopold for his museum; and, finally, Jaray’s own attempts to recover the work prior to her death, in 1969.

As if to reinforce the entanglements of the plot, Jaray had even asked Leopold for his expertise in recovering her painting, not knowing of his involvement in its relocation. The carefully paced film is part whodunit complete with fascinating sleuthing, and part morality tale, including appearances by an array of experts in the field of Nazi art loot recovery, along with legal experts and journalists. It even led to the allegedly unjust dismissal of NPR arts reporter David D’Arcy (a co-producer of the film), following apparent pressure from funders on NPR’s management.

Full disclosure: I make a brief cameo appearance in the film, but other museum colleagues of mine apparently didn’t want to take a public stand on the issue. Art collectors and museums don’t come off looking very good here. After all, even New York’s Jewish Museum joined other major museums in filing an amicus brief on behalf of MoMA’s claim that “Portrait of Wally” ought to be returned to the Leopold Museum, from which it was on loan, prior to any settlement of an ownership dispute. Museum folks were concerned that international loan exhibitions would be curtailed; after all, aren’t museum exhibitions more important than justice?

Other Jewish players here include MoMA’s director, Glenn Lowry, as well as noted collector Ronald Lauder, then chairman of MoMA and also chair of the World Jewish Restitution Organization’s Committee on Art Restitution. Unfortunately both declined to be interviewed for the film. While not the subject of this story, Lauder’s record-breaking, $135 million purchase of Gustav Klimt’s spectacular 1907 “Portrait of Adele Bloch-Bauer” (now on view at the Neue Galerie) was probably made possible because of the groundbreaking work done in reclaiming the Nazi-stolen (some might conclude twice-stolen!) Schiele painting.

If ever a World War II story was successfully subjected to spin control, it was the Austrians’ redefinition of themselves as victims of Nazism rather than as the welcoming collaborators they actually were following the Anschluss, or annexation, of Austria in 1938. I remain mystified as to why all those Jews who “wouldn’t set foot in Germany” fell for that myth and regularly delight in stuffing themselves with the delicacies purveyed at Vienna’s historic Demel shop. Shea’s film doesn’t go there, but the director has the smarts to have the astute young Jewish-Viennese art historian and Nazi-stolen-art researcher Sophie Lillie remind us on camera that her fellow Austrians generally remain in denial.

As the case was ultimately settled, Jaray’s heirs received substantial payment for the painting (said to be around $19 million, divided among a large number of heirs, since she had no children). But this isn’t a film with a happy ending. We are left with the reminder of how tone deaf at least some Austrians still are when we watch Leopold’s widow (Leopold died in 2010, just prior to the settlement of the case) unveil the painting after its return to the Leopold Museum.

She begins with embarrassingly trite remarks about “famous” Austrian Jews such as Freud, Schoenberg, Wittgenstein, etc. She follows this by saying, “I hope ‘Portrait of Wally’ will be the symbol for tolerance, respect and cooperation.” Jaray’s great-nephew, André Bondi, then adroitly reminds us on camera that “tolerance has an aura of condescension about it.” This riveting film tells a story that is more than anything about the intolerance, disrespect and lack of cooperation that held Schiele’s painting hostage not just for the 13 years of its imprisonment in New York, but also for the 71 years since its theft by Welz. And if there’s any suggestion here that things have changed, it’s mostly to remind us of how grudgingly change occurs — when it does. This is not a heartwarming story, but it’s an astonishing and informative film.

“Portrait of Wally” opens May 11 at the Quad Cinema in Manhattan.