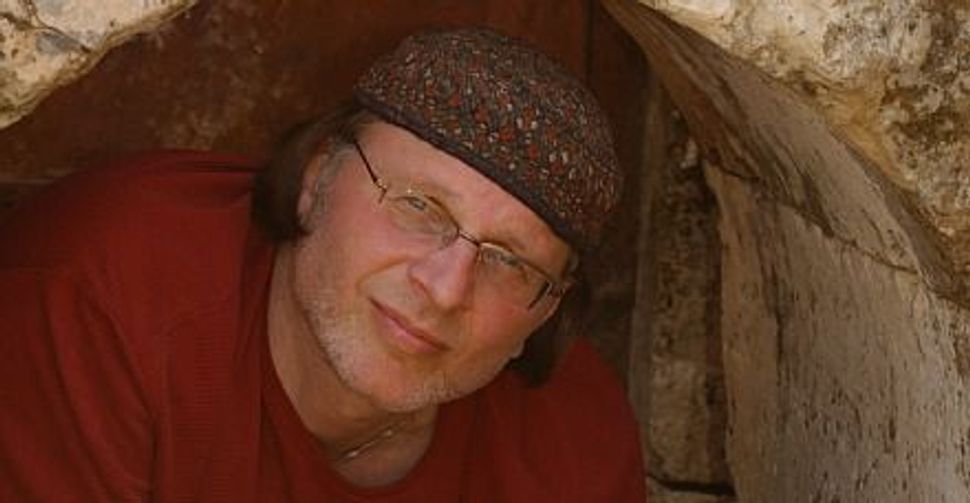 Image by courtesy of associated producers

“The Jesus Discovery: The Resurrection Tomb that Reveals the Birth of Christianity”
By James D. Tabor and Simcha Jacobovici
Simon & Schuster, 272 pages, $27.95 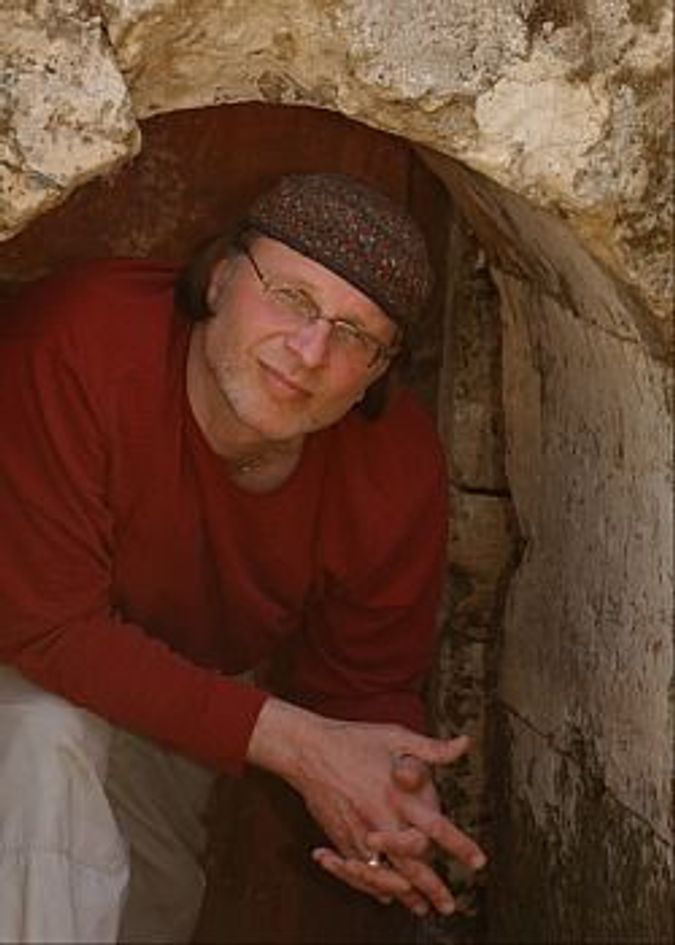 In 1835, David Strauss published “The Life of Jesus Critically Examined,” which debunked the miraculous elements of the New Testament and inaugurated the modern recovery of the “real Jesus.” Strauss was trained in philology and textual criticism, but he was not primarily bothered by contradictions among the different sources of the New Testament, or by the gap between those literary records and the historically verifiable events of Jesus’ life. Rather, as he wrote in the introduction to “The Life of Jesus,” what worried him was “a discrepancy between the representations of those ancient records… and the notions of more advanced periods of mental development.”

In other words, in 1835, Jesus seemed passé. It was not that his miracles were weakly attested; it was that multiplying loaves and resurrecting corpses embarrassed modern reason. If Strauss could show that the miracles were the myths of primitive ancients, he could rescue the eternal idea behind the fiction. The search for a historical Jesus was not, paradoxically, an attempt to place Jesus in first-century Roman Judea — a stew of mystery cults, imperial decadence and revolutionary violence — but to save him from that history.

Archaeological bric-a-brac makes up the bulk of James Tabor and Simcha Jacobovici’s “The Jesus Discovery,” which on February 28 became the latest entry into the Historical Jesus Sweepstakes. (It is almost certainly eclipsed by now; in America, theories about Jesus spring up almost as quickly as new strains of Protestantism.) The book tells the story of two tombs in the Talpiot neighborhood of Jerusalem. According to the authors, the first tomb, which was excavated in 1980, contained Jesus’ bones. The second features an impressive Greek inscription and a drawing of a fish expelling Jonah.

Tabor is chair of the department of religious studies at the University of North Carolina at Charlotte, and Jacobovici is a television producer. Together, their résumés give a feel for the book’s blend of footnotes and hype. They argue in great detail for the authenticity of their “findings,” which lead to innumerable technicalities: the percentage of first-century Jews named “Jesus,” for instance (roughly 4%), and the results of a DNA test of samples from the first tomb’s ossuaries (which, though inconclusive, are reported down to the last nucleobase). But the authors of “The Jesus Discovery” also have higher theological purposes.

On the basis of these tombs, Jacobovici and Tabor argue that Jesus was married to Mary Magdalene and had children. They also think that he was buried by his followers, and thus that the earliest Christians did not believe in bodily resurrection. Later, they speculate, relying on the Gnostic Gospels (a set of subversive and marginal early Christian texts), that under the influence of Pauline misogyny and later asceticism, Christians suppressed the role of Mary Magdalene.

Similarly, Jacobovici and Tabor believe that early, “authentic” Christianity understood resurrection as a spiritual event, the elevation of the immortal soul after death; Gospel writers and theologians living after Jesus died mangled the received account, mistaking resurrection for a crude revival of Jesus’ actual, physical body. Like Strauss, Tabor and Jacobovici see these arguments as rescuing the true, early Christianity from the misogyny and literalism of late antiquity.

In support of these claims, the authors marshal a confusing and shifting array of archaeological and literary evidence. To prove that the 1980 tomb — the Garden Tomb — belonged to Jesus and his family, they rely largely on the striking combination of names inscribed upon its ossuaries, including Yeshua bar Yehosef (that is, Jesus, son of Joseph), Yehuda bar Yeshua and the most important, Mariamene Mara.

Tabor renders this last name as “Miriam [also known as the] Lady,” taking it as a name for Mary Magdalene. The exact name “Mariamene” occurs in Greek literature only twice — once in the writing of the third-century Christian theologian Hippolytus, and once in a fourth-century manuscript of the Acts of Philip — and both times it refers to Mary Magdalene. If the Yeshua of the Garden Tomb was in fact Jesus Christ, then the Messiah was married and had a son. Not only that, but if there was an ossuary for his bones, then presumably whoever buried him did not think his body had been resurrected.

Tacked onto this central claim is the authors’ 2010 discovery of a second site, which they term the “Patio Tomb,” in close proximity to the Garden Tomb. While the authors built on the work of others for the already excavated Garden Tomb, they themselves investigated the newer tomb — no mean feat, considering that it is sealed underground and accessible only by pipes that separate graves from houses for reasons of Jewish ritual purity.

Here is where it comes in handy to be a television producer. Jacobovici, with funding from mega-director James Cameron, inserted a custom-built robotic arm and camera through the ritual pipes into the Patio Tomb. And what they found was remarkable. The inscription and Jonah drawing are strikingly unusual for Jerusalem tombs and are quite possibly new evidence of early Jewish Christians.

Possibly, but not certainly — because this one exciting data point is devalued in a labyrinth of silliness. In the first place, besides geographical proximity, there’s nothing connecting the two tombs; weaving them together would be like concluding, from the archaeological remains of my apartment building in Manhattan’s Washington Heights neighborhood, that Orthodox Jews love Dominican food. Second, most competent epigraphers think that “Mariamene Mara” refers not to Mary Magdalene but to two separate women: Miriam and Mara. Further, the connection to the Acts of Philip seems forced: If the tradition of Mary Magdalene’s importance was lost after the first century, how did it then resurface in two random manuscripts centuries later? Most academics would call that a miracle.

To be fair, it won’t matter much what reputable academics think. In 1835, rewriting the Gospels was the work of grave scholars, the finest minds of the Enlightenment. Today, it is an enterprise at once more democratic and more susceptible to wealth. Any tenured professor can sloppily reconfigure the Gospels, and any blogger with the will can imagine his own Jesus. But to get a book deal with Simon & Schuster, it helps to know James Cameron.

“The Jesus Discovery” has all the faults of amateurism: It is poorly organized, tendentious and incompetently edited. Paradoxically, it also has the flaws of mass-market television. Its version of Christianity — in which Jesus was a family man, and his resurrection an uplifting metaphor — is a matter of bloodless controversy. The theory is supposed to be sensationalist, and yet the Jesus of Tabor and Jacobovici led a life no stranger than Norman Vincent Peale’s.

In the place of history as Hegelian drama, Tabor and Jacobovici give us a thoroughly middlebrow replacement. “We have never failed to enter a tomb,” they report in one of many sententious asides, “without a sobering and moving sense of the shared humanity that the tomb so tangibly represents.” This is a past drained of difference or strangeness, an assembly of theme music and cheap sentiment without any real historical perspective. Since Strauss, historical criticism has become a principal way of retelling and reinterpreting the Jesus story: Scholarship has given us Jesus the social revolutionary, the apocalyptic Jew and the laconic sage. Compared with these reconstructions, Tabor and Jacobovici’s family man Jesus is not only poorly evidenced, but also tawdry and unexciting.

Raphael Magarik is an editorial assistant at Open Zion, a blog at The Daily Beast.