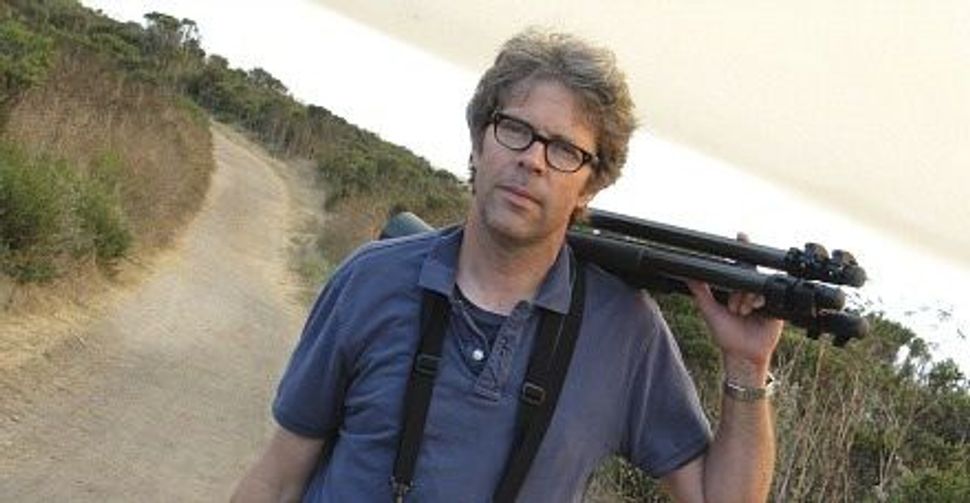 Farther Away
By Jonathan Franzen
Farrar, Straus and Giroux, 336 pages, $26 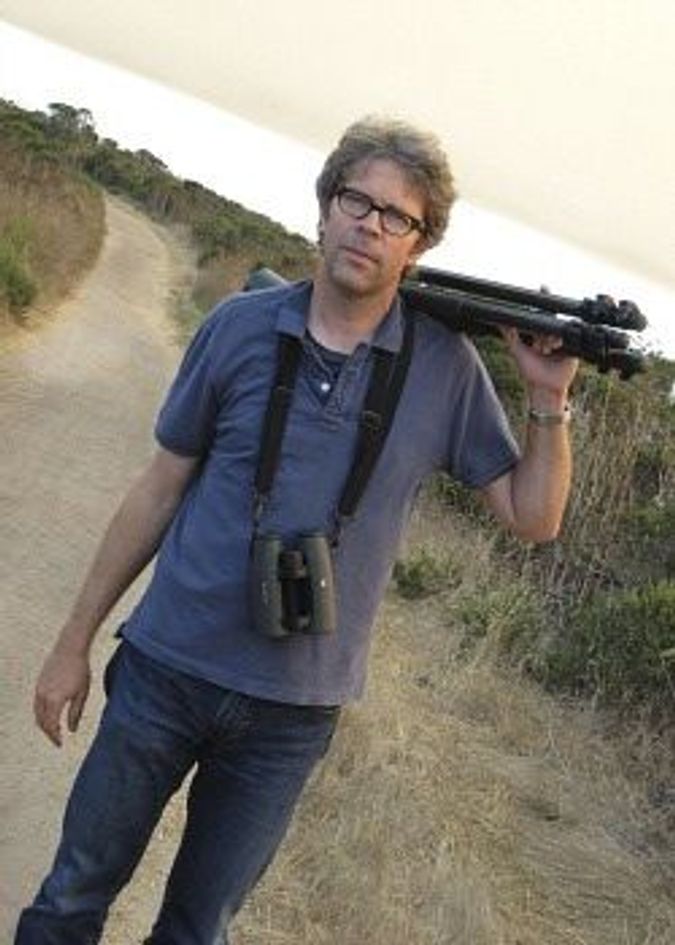 In The Weeds: As well as being a writer, Jonathan Franzen is a bird-watcher. Image by Kathryn Chetkovich

On the last page of the last essay in his new collection, “Farther Away,” Jonathan Franzen bombards the reader with a rapid-fire list of provocative and typically Franzenian questions:

What is the point of meaning — especially literary meaning — in a rabid modern world? Why bother creating and preserving order if civilization is every bit as killing as the anarchy to which it’s opposed? Why not be rabid? Why torment ourselves with books?

The context for these questions is an exploration of Franzen’s deep admiration of Paula Fox’s novel “Desperate Characters,” but the context hardly matters. As with most of Franzen’s public statements, whether they’re made off the cuff or in print, what comes through is a whinging, nudging disappointment with the state of the world he has inherited. These questions may be rhetorical, but they beg for serious answers nonetheless. They point to a void in our jingoistic, consumer society and ask the reader to consider not only whether this void can be filled, but also if so, with what and to what end? Where’s the morality in a frivolous world? Does anyone even care to venture a guess?

These questions torture Franzen. They animate his fiction. They compel him to give voice to opinions in his nonfiction that alienate both his allies and his foes. They get him in trouble with Oprah Winfrey. And on, and on, and on. It’s easy to dismiss Franzen as an elitist and a narcissist who wants to be adored by the society he loathes. To dismiss him, though, proves his point, and it allows us to avoid the questions he’s asking. There’s an element of killing the messenger to it.

And so, I’d like to take Franzen at his word. He doesn’t so much want adoration as he wants his questions to be taken seriously, regardless of whether they’re answerable or not. If this earnestness reads to some as smugness, that’s a paradox he seems willing to live with.

It takes great courage to ask the annoying questions that everyone else would prefer to ignore. To do so risks exile — if not physical, then spiritual or social. It puts you at odds with the prevailing mores of your society. It turns you, in other words, into a nudnik, and places you in a similar position vis-à-vis your society to that of the assimilated 20th-century European Jew, a class of people not unfamiliar with being accused of cranky arrogance and disloyalty to the prevailing ideas of the time. 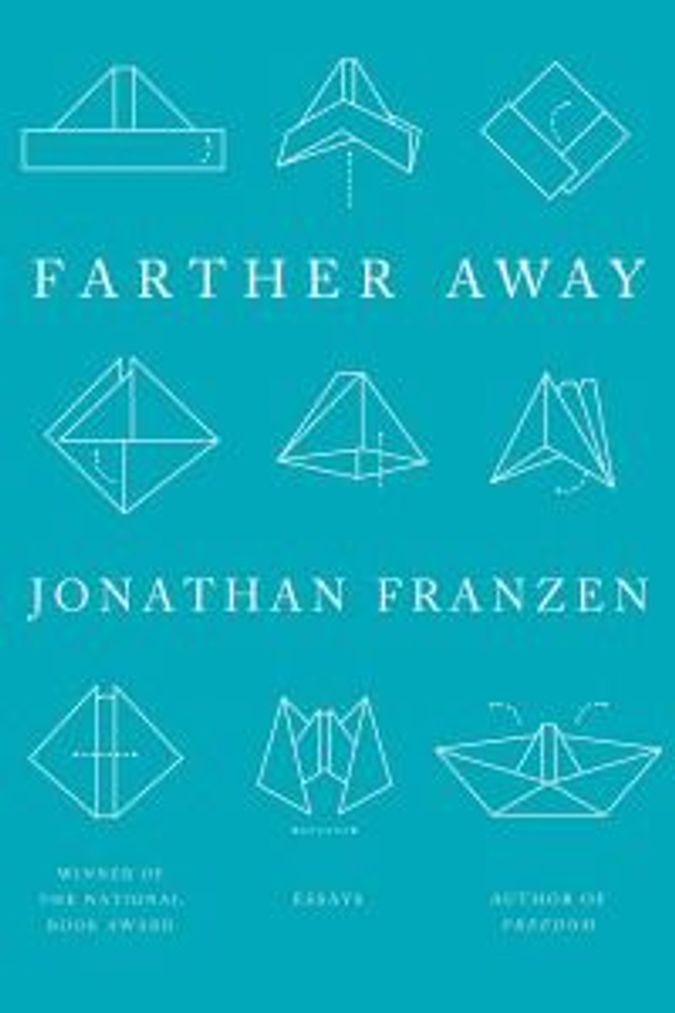 Jonathan Franzen, of course, is not a Jew; he’s a Midwestern boy of Protestant stock, transplanted, willfully, into the cosmopolitan milieu of intellectual New York, but his work embodies — to me, at least — a certain secular Jewish mode of thought.

He claims, more than once, in “Farther Away,” that literature is his religion, and in his criticism and intellectual writings on literature, one can sense his searching the books in front of him for something akin to spiritual guidance. For Franzen, books aren’t commodities or sources of entertainment, they’re the essence of human connection, bringing forth the news of our deepest selves into the world. His method of engagement is less the blind faith of the Christian than the skeptical questioning of the Jew interrogating the Talmud.

You could call what he’s after secular humanism, a belief that by relentlessly asking the right questions, we can live ethical lives committed to the gradual betterment of society.

This can be seen in the very title of his 2001 novel, “The Corrections,” and in the moral contortions that the book’s hero and Franzen stand-in, Chip, undertakes as he flails around in search of a way to live untainted by the crimes of society.

It becomes more explicit, and more explicitly tied to Judaism, in his 2010 novel, “Freedom,” with its plethora of Jewish characters: some secular, some deeply religious, some ominously Zionist of the now-familiar neocon variety. If not for the fact that the book is more in love with birds than it is with people, the sum of its multiple strains of plot could be fairly described as an argument for the necessity of secular humanism, which of course has its roots entangled deep in the history of secular Jewish thought.

And now, again, it can be seen in the very Jewish questions with which Franzen ends his new collection of essays.

What is right action, and how does one live a morally justifiable life? As he asks in his previous essay collection, “How To Be Alone,” “Why bother?” The questions matter almost more than the answers. And Franzen is virtually alone among the crop of American fiction writers of his generation to pose these moral questions to society at large in such a way as to challenge and indict us.

This stance — contentious, skeptical, uncomfortable with the world — was a hallmark of the European Jewish Diaspora that brought us so much of the most important literature and art of the 20th century. It’s a stance that seems by and large to have disappeared. Contemporary literature would be more urgent and relevant if more writers, Jewish or not, were to join Franzen in asking the uncomfortable questions that might force us as a culture to examine the disconcerting answers they beget.

Joshua Furst is a frequent contributor to the Forward. He is the author of, most recently, “The Sabotage Café” (Knopf, 2007).