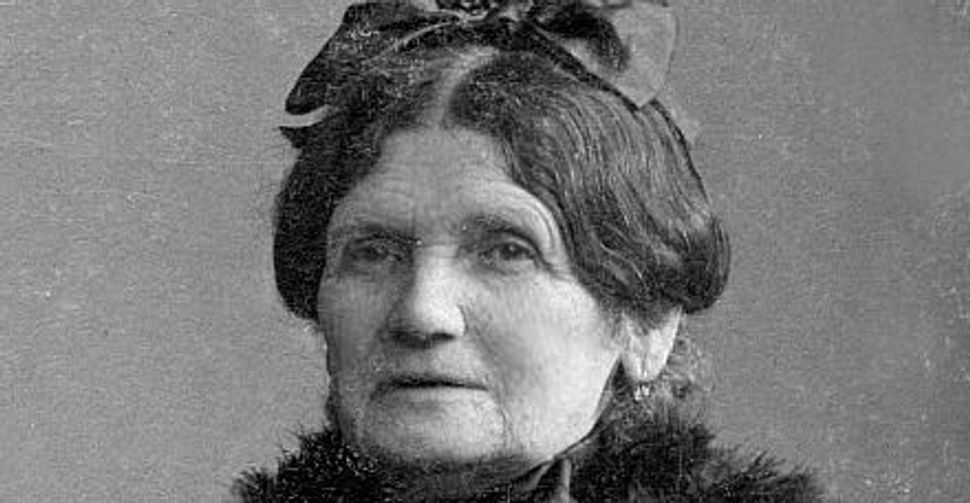 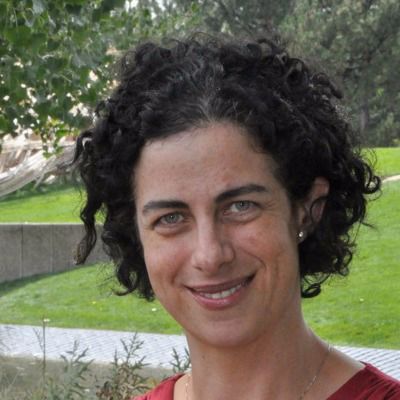 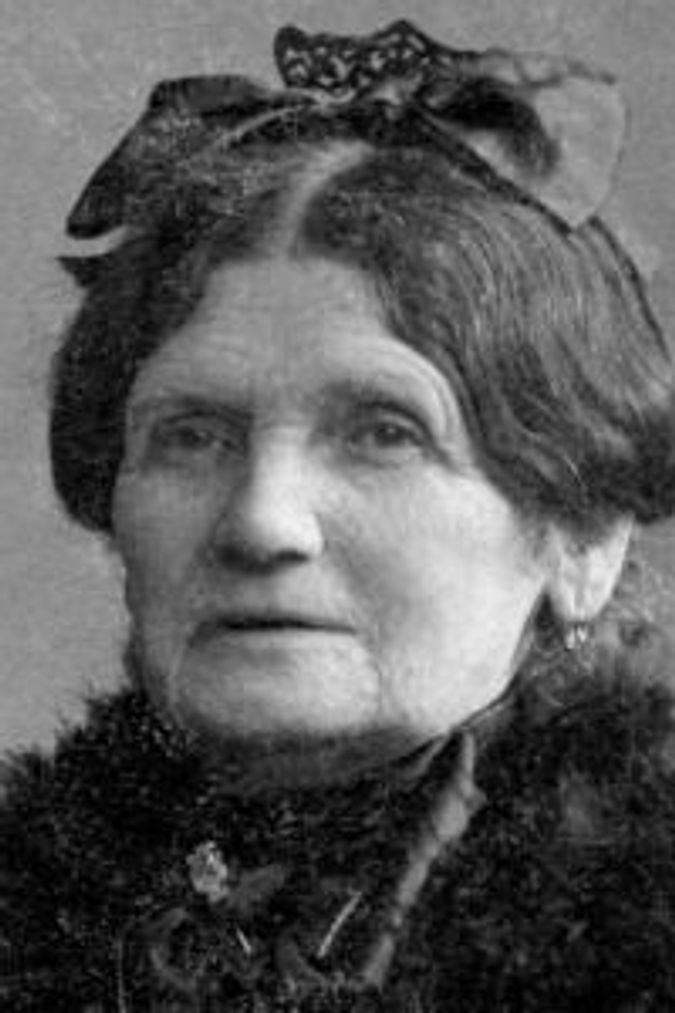 Imagine sitting down for delicious tapas at a long table with a group of old friends. The flavors are nuanced and varied, while the conversation is lively, provocative and deeply engaging. Reading “Gender and Jewish History,” edited by noted historians Marion A. Kaplan and Deborah Dash Moore, is a bit like that imagined leisurely meal. This important volume is dedicated to Paula Hyman, a pioneering and influential scholar in the fields of gender and modern Jewish history. She also served on the board of the Forward Association.

Hyman died in December 2011, after struggling with multiple bouts of recurrent breast cancer, but her generous presence, influence and legacy loom large throughout this book. On the book’s cover is a 1908 photo of her ancestors from Ukraine, and Kaplan and Moore’s lucid introduction is accompanied by Hyman’s photo, in which she’s smiling and looking relaxed. Many contributing authors’ essays conclude with heartfelt gratitude to the ways she influenced their intellectual interests and sustained decades-long personal friendships. The book concludes with an incisive afterword, written by Richard I. Cohen, about Hyman’s contributions to scholarly debates about modernity, Jewish identity and French Jewish history, plus a comprehensive bibliography of Hyman’s publications.

In their introduction, Kaplan and Moore describe how profoundly Hyman contributed to the emergence of gender as a central category of analysis in modern Jewish history. They contend that Hyman, along with her feminist scholar-activist peers, insisted that studying gender could fundamentally reframe basic assumptions about Jewish historical experiences. Not only could scholars uncover hidden and silenced stories of women but, by using gender analyses, they could also render more complex conceptions of Jewish agency and victimization, radical political change and the construction of identities over time and place.

The book is organized into three sections. The first section, “Women’s Culture in Modern Jewish History,” explores the roles and constraints of women in the 19th and 20th centuries, with a focus on changes in gender politics among Eastern European and German-Jewish communities. Using Virginia Woolf’s argument about a woman’s need for a “room of one’s own” as a departure, Shulamit Magnus considers the life, work, motives and constraints of Pauline Wengeroff (1833–1916), who produced her first and highly successful memoirs in 1908. Magnus extends Woolf’s argument by demonstrating, through Wengeroff’s life and writing, that Jewish women have also needed imagined and actual audiences, cultural support and encouragement.

Rebecca Kobrin’s essay, “The Murdered Hebrew Maidservant of East New York: Gender, Class, and the Jewish Household in Eastern Europe and Its Diaspora,” begins with a lurid account of a murdered young Jewish woman in Brooklyn. Kobrin’s piece then swiftly turns to a critical analysis of an understudied topic: the unequal and often exploitative relationships among impoverished Jewish domestic workers and their middle-class Jewish employers. Magnus’s and Kobrin’s essays demonstrate how profoundly socioeconomic class and gender shaped the arc of women’s lives in late 19th-century Jewish culture. They also point out how women’s opportunities and constraints have influenced Jewish collective memory.

The second section, “Gendered Dimensions of Religious Change,” tackles the questions of how Judaism has changed in response to the 19th-century Haskalah, or Jewish Enlightenment, as well as late 20th-century and contemporary feminist trends in poetry, Jewish Renewal, theology and halachic thought. David Ellenson analyzes two important 19th-century German Orthodox rabbis (Samson Raphael Hirsch and Esriel Hildesheimer) who argued in favor of increased educational opportunities for Jewish women. Ellenson suggests that these rabbis embraced “instrumental pragmatism,” the idea that “the redemption of Israel was contingent upon the ability of women to acquire knowledge of Torah.” These pragmatic rabbis argued that women’s education would ensure the transmission of heritage and culture in the home (with its traditional gendered divisions of labor intact and unchallenged) and act as a bulwark against the lure of assimilation.

In the same section, Chava Weissler provides an engaging account of how 18th-century vernacular practices of Kabbalah can frame our understanding of the popularization of Kabbalah today. She argues that women’s translations, teachings and influences are central to both historical moments in the popularization and widespread diffusion of kabbalistic Judaism. These two excellent essays (among several others in the section) pinpoint how religious expressions of Judaism are constantly buffeted by changes in the wider modern cultures in which they live.

The third section turns to the United States, with a focus on political activism, urbanism and the production of popular culture. My favorite chapters include Moore’s “Walkers in the City: Young Jewish Women With Cameras,” and Lila Corwin Berman’s “Gendered Journeys: Jewish Migrations and the City in Postwar America.” In both of these essays, scholars consider the complex relationships among space, race/ethnicity and gender, as well as how women’s interactions with the urban streets and neighborhoods influenced Jewish experiences of social and political change in New York and postwar Detroit.

“Gender and Jewish History” makes an important contribution to our understanding in three ways. First, it gathers together eminent and emerging scholars in one comprehensive collection. Second, its essays are engaging and wide-ranging in focus, depth and breadth, and accessibly written, without dense academic jargon, so that nonacademics can dig in, as well. Finally, it’s a moving testament to just how much an individual can influence the development and trajectory of an entire scholarly field through persistence, persuasion and extraordinary vision. I will assign this volume in several of my university Jewish studies courses, and I imagine others will, too.

Though I never spoke to her, I remember seeing Hyman give a talk at my very first Jewish studies conference, in the late 1990s. The talk was inspiring, and I knew then that the intersection of feminism and Jewish studies would remain a lifelong passion. About an hour later, in the hotel lobby near where I was sitting, I remember watching with awe what I called at the time a “Jewish-feminist-scholar-power huddle.” Hyman, Moore, Pamela Nadell and several other Jewish feminist academic luminaries were simply chatting and shmoozing after a long conference day. But to me it was like being at the Oscars. May her scholarship, activism and memory be a blessing for many years to come.

Caryn Aviv is Posen Senior Lecturer in Secular Jewish Society in the University of Colorado at Boulder’s Program in Jewish Studies.