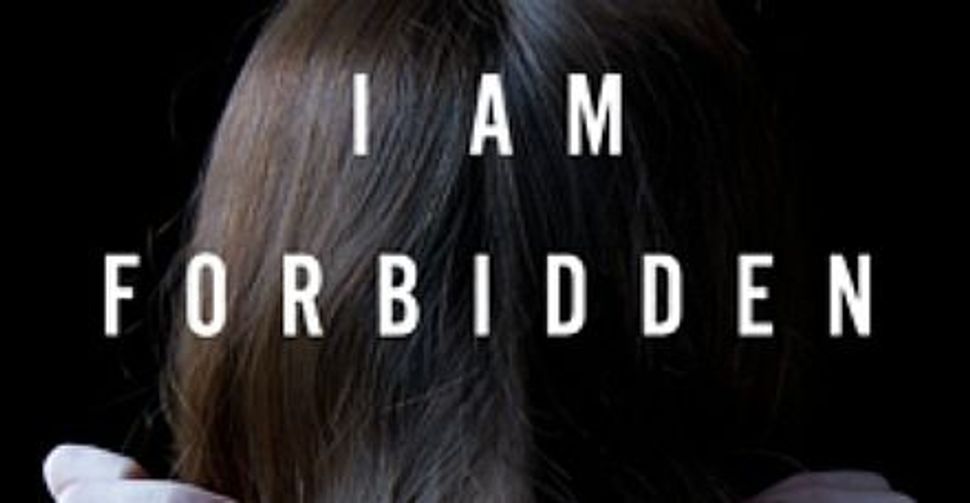 I Am Forbidden
By Anouk Markovits
Hogarth, 320 pages, $25 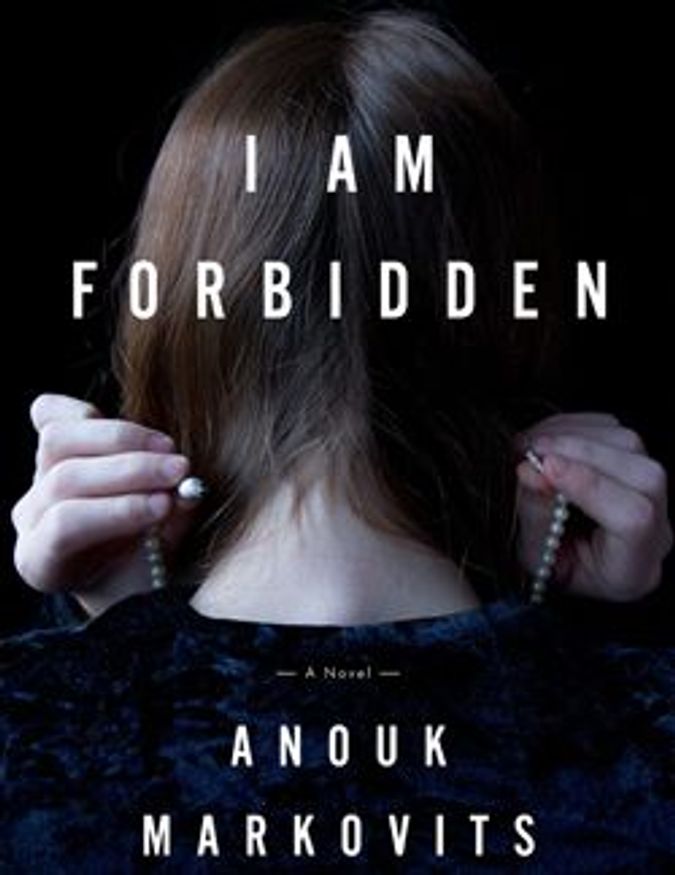 The title of Anouk Markovits’s English-language debut, “I Am Forbidden,” refers both to the tragic climax of the book and to the broader world of this novel, a world defined by forbiddenness. The allure of the forbidden is ever-present in the story, which spans several generations of the Sterns, a Satmar family in Paris and New York. But this is less an exposé of religious fundamentalism, a là Deborah Feldman’s “Unorthodox” and Pearl Abraham’s “The Romance Reader,” than it is a deeply felt account of people caught between worlds.

Atara, the eldest of the Stern siblings, is a voracious reader with an inquisitive mind. She is derided by her friends and family for asking heretical questions, and is compared to Spinoza (a capital insult) by her zealous father. Observing a postman on a bicycle, Atara imagines his life is uncomplicated by the conflicting loyalties and desires that torture her. An immigrant Jew from the East raised in Paris yet forbidden to engage with the city’s culture, Atara is neither French nor European, nor is she — given her unorthodox doubts — the sort of Jew she was brought up to be. She envies the postman for having “one language only, one country only.” Sensing that the future she yearns for will require that she sever ties of faith and family that bind her to her past, she envies him, also, his “undivided past, undivided from his future.”

It isn’t just heretics who waver in that liminal space of uncertainty. For Markovits, to be human is to doubt, and part of the novel’s strength is that, unlike the many sensationalist literary forays into the “secret” lives of Hasidic Jews, it neither vilifies nor glorifies the very devout. Instead, “I Am Forbidden” depicts ultra-Orthodox men and women as fundamentally human, which is to say deeply flawed but also endowed with redeeming qualities — much like the rest of us.

Atara is a clear stand-in for the author, who left her own Hasidic family at the age of 19 to avoid an arranged marriage, and went on to study at Columbia and Cornell universities. While Atara’s story is central to the novel, it leaves off at the moment she makes her decisive break — shortly after her father, an unflinching fundamentalist, refuses to grant her permission to prepare for medical school studies. His exact words: “If you do not follow our fathers’ way you will fail at whatever you undertake. You will sink from one depravity to the next. You will wander the world and never find a home.”

There are echoes of Isaiah in this curse, which isn’t surprising, given that Zalman Stern is a Torah scholar and a zealot. The irony here is that Zalman believes all Jews are destined to wander, that they are forbidden from hastening “the end.” He cautions his children: Until “the Almighty delivers us from exile, we Jews have no home.” It is a truth that reverberates for several key characters in this novel who find themselves straddling worlds, never fully at home, never fully at peace.

While Atara questions, transgresses and ultimately breaks away, the novel’s other two central characters find comfort in religion. Mila Heller and Josef Lichtenstein are both orphaned survivors of the Holocaust. They first cross paths on the killing fields of Nazi Europe, where Josef saves 5-year-old Mila from certain death. Later, the Sterns adopt Mila, and the two are briefly reunited when the family takes in Josef for a short period of time before he is sent off to study in the Brooklyn neighborhood of Williamsburg, where the Satmar rebbe, Yoel Teitelbaum, lives.

The rebbe himself is the subject of heated debate in this novel. For Mila, he evokes painful memories of her parents’ last moments. Well into adulthood, she remembers how her mother caught sight of the rebbe in a halted train from the window of the family’s hiding place. Mila recalls the image of her mother as she “ran to the train, a train of boxcars with open doors and people milling about inside. ‘Rebbe!’” her mother called. But the rebbe sat engrossed in his book, never lifting his eyes, and Mila’s mother was shot to death.

Much later, Mila learns of the infamous Kasztner train, which transported nearly 1,700 Hungarian Jews to safety while some 450,000 were sent to the gas chambers. Rudolf Kasztner, the train’s mastermind, was a Zionist activist who negotiated directly with Adolf Eichmann to secure the release of the select group of Jews. The Satmar rebbe, who banished from his congregation anyone who cooperated with the Zionists, had secured for himself a path to safety by the very means he forbade to others.

When Mila next encounters the rebbe, they are in America, in the main synagogue in Williamsburg. It is Simchat Torah, and Mila watches the man she recognizes from the train — the man who ignored the cries of her dying mother — as he dances, “twisting this way, that way, like a flame.” Inside the flame, Mila sees “the vanishing train, and she, reaching this way, that way, for her mother and father, reaching, reaching…” She then collapses in a faint.

Josef and Mila eventually wed, but theirs is no typical arranged marriage. It’s as though the very brokenness that makes them cling so steadfastly to religion also enables them to cleave passionately, tenderly to each other, and it’s a bitter irony that leaves them, a couple so much in love, unable to conceive. When the couple is compelled by Jewish law to sleep apart, Josef cannot leave Mila’s side: “At dawn, he was still sitting by her bed. Her scarf had slid from her shorn head and he felt awe and gratitude in front of her beauty.”

Ten years into their marriage, the couple is still childless. Desperate to be a mother, Mila takes the law into her own hands. Her religious conflict is very different from Atara’s, but the ramifications are no less tragic, and the effects will continue to ripple in the family for generations to come. As for Josef, torn between his love for Mila and his devotion to God’s law, he withers away slowly, painfully, in the in-between.

Shoshana Olidort is a frequent contributor to the Forward. Her work has also appeared in The Times Literary Supplement and the Jewish Review of Books.