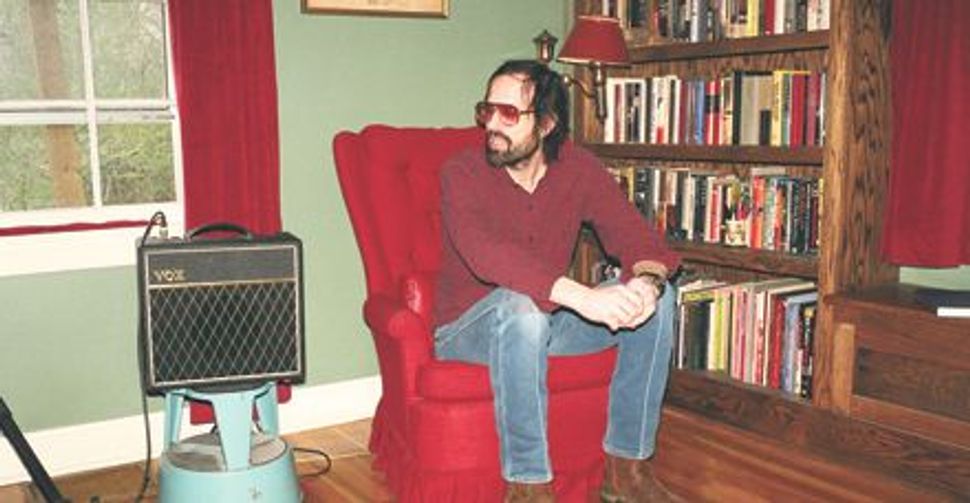 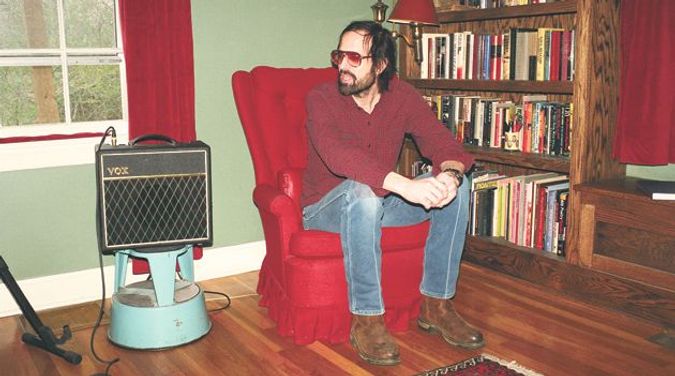 Call it the “Mad Men” syndrome: These days, we’re nostalgic for other people’s youth. The symptoms present themselves most clearly when it comes to music. Since the world went digital, the recording industry has spent a lot of time in the vaults, coming up with packages that are meant to appeal to the completist in all of us — the rare take, the studio demo, the live version at Budokan, the single that got away. Bands you didn’t know when they existed suddenly loom large. And with the speed and relative cheapness of MP3s, you can live retrospectively with the click of a mouse.

That’s part of the logic of “Early Times,” the new release from the indie rock band Silver Jews. It consists of songs that came out on two EPs in the early 1990s. As its promotional material makes clear, the music is meant to take us back to those “early days,” before Silver Jews were Silver Jews, before Pavement was Pavement, before the indie-music idols of the mid-and-late-’90s became what they were going to become and then splintered apart.

This first incarnation of Silver Jews included three friends who had been disc jockeys and had played together at the University of Virginia in the late 1980s: David Berman, Stephen Malkmus and Bob Nastanovich. Like the first incarnation of Pavement (Malkmus’s other band at the time), the band Silver Jews was meant to be a recording project, or maybe just a goof. The musicians were living in New York, passing their time doing odd day jobs and waiting for some kind of chance. They originally played their songs into other people’s answering machines, most notably that of the alternative rock band Sonic Youth.

The tunes would probably sound okay on voice mail. They’re messy affairs, improvised on the spot from a guitar line or two and then captured on a small, hand-held tape player. They are most charitably described as coltish: loose, lanky and energetic. To call them lo-fi does not do them justice, because they sound as though they were recorded in a neighbor’s toilet bowl. They are fun, to be sure, and perhaps a little embarrassing, if you compare them with the tighter, sadder and wittier songs that Berman would come to write for later incarnations of Silver Jews. They have none of the darkness or the vulnerability, none of the off-center country twang of the vintage band. The song “Canada,” which names the provinces of our neighbor to the north, doesn’t hold a match, let alone a candle, to Berman’s “Smith and Jones Forever,” his slanted, glue-sniffing, postmodern version of Guy Clark’s “Desperados Waiting for a Train,” or to the anthemic kickoff of “Punks in the Beerlight.” No, the songs on “Early Times” are pranks, the musical equivalent of the indiscretions of youth.

I certainly wasn’t young when these songs were first released; I was already well into my 30s and living in a city unblessed by a decent college radio station. So, I never heard them on the first go-around. Not only wasn’t I there at the creation, I became a Silver Jews fan quite late — with “Tanglewood Numbers,” their penultimate album. It came out in 2005, four years before Berman pulled the plug. Even if Washington, D.C., had boasted a good alternative station back in the day, I’m not sure I would have liked this album all that much. But I’m weirdly touched by it now.

During the late 1980s, Berman apparently loved the punk vandalism of Butthole Surfers. But for all its voice mail swagger, “Early Times” owes everything to another, earlier age — to the late 1960s group the Velvet Underground. “Canada” would have sounded right about 20 years before it was originally cut and would have felt comfortable on the Velvets’ play list. In other words, like any number of musical groups, the early Silver Jews started out by going back to the well.

The Velvets remain the ultimate cult favorites, the band’s band’s band. (Like most other people, I bought my first Velvets album after they broke up, so to me they were always surrounded by an aura of glamorous failure.) In many ways the band was a vehicle for the songwriter and singer Lou Reed, a queer Jewish kid from Long Island who studied poetry with Delmore Schwartz and had been a DJ spinning Cecil Taylor discs at Syracuse University.

At first blush, the Velvets sounded like a three-chord garage band, except for the fact that they used open tunings and drones. They sang about sexual fetishes and drug deals, which was not surprising for a group that was tied closely to Andy Warhol. While other acts were cutting paeans to the joys of acid, the Velvets played their signature tune, “Heroin.” In this, Reed, like other satellites in Warhol’s orbit, looked to be striking studied poses. At the same time he exuded a peculiar vulnerability, and his gift to the generations might well be the high conviction of his inauthenticity. Not for nothing did the young David Bowie dedicate songs to Reed, Warhol and Bob Dylan, three masters of the fractured attitude.

Going over Silver Jews’ catalog after listening to “Early Times,” I am struck by how much Berman owes to Reed. It goes beyond his taste for drones and the timbre of his voice, though he does have the same half-talking, half-singing growl as the master. It also goes beyond the fact that Berman is a bona fide poet with a Master of Fine Arts in writing, respectable publications to his name and a tortured soul. (He was drawn to country music, he said in an interview, because he was good at writing about failure.) It has to do with a specific sensibility, with the way Berman is in his songs but not quite of them, the way that he tempers the pleasures of self-expression with the nerdy intellectual’s twinge of irony and evasion. If the Velvet Underground was in essence a suburban boy’s fantasy of life in the art lane, then Silver Jews was a suburban boy’s fantasy of country music and not quite the thing itself. It sounds from here like a homegrown musical version of “rootless cosmopolitanism,” worn with a kind of passionate indifference as if it were a badge of the singer’s alienated honor.

Much as I like them, I find it hard to feel nostalgic about Silver Jews. I was well beyond the rock-themed dramas of adolescent desire by the time they got to me, so “Early Times” doesn’t quite do for me what it was supposed to do. But it has been successful in a different way: It has sent me back to old YouTube videos of the Velvet Underground to recapture something of the late 1960s vibe that just preceded my own teenage turbulence. It has kindled in me a real nostalgia, a wistfulness for youth. But, as always these days, it’s for another youth, not quite my own.