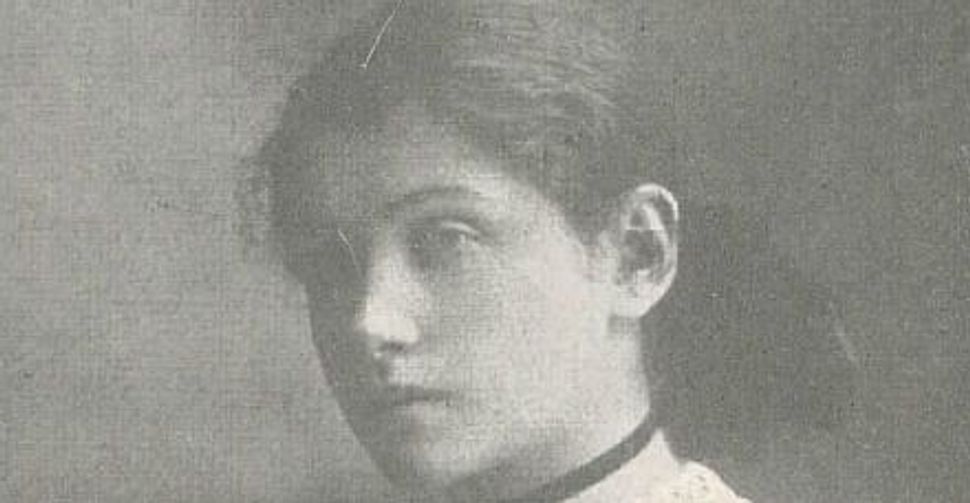 The Story of a Life: Memoirs of a Young Jewish Woman in the Russian Empire
By Anna Pavlovna Vygodskaia, translated by Eugene Avrutin and Robert Greene
Northern Illinois University Press, 202 pages, $22.95 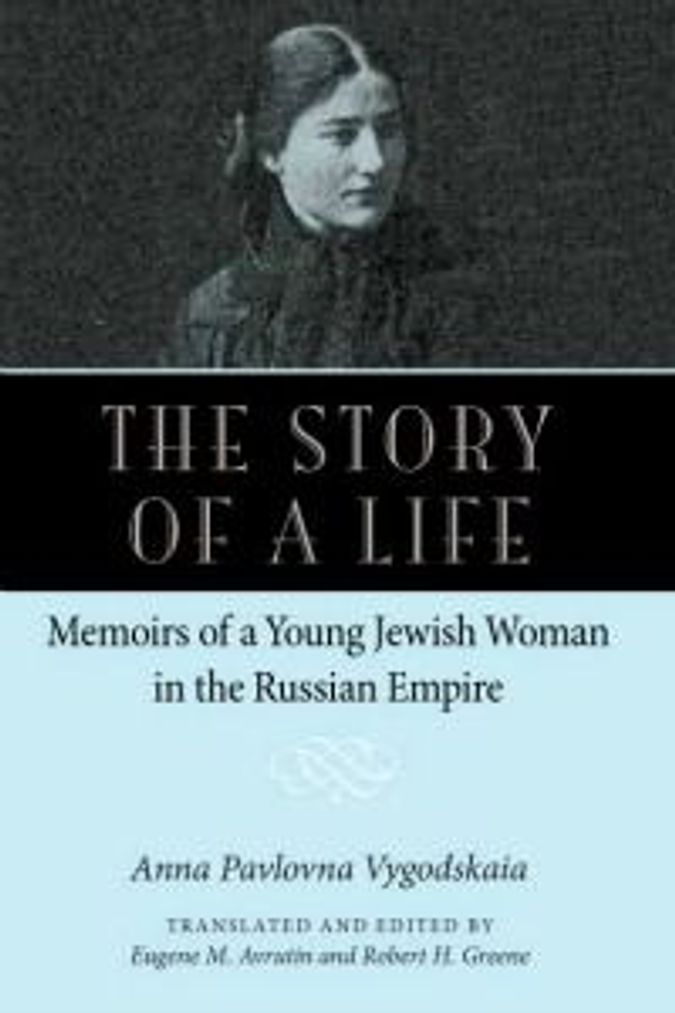 All too often, accounts of the lives of Russian Jewish women a century ago fall into the clichés of bubbes and babushkas, simulacra of Tevye’s wife, Golde. It is salutary to remember that many forebears were women of resolve and achievement, strong personality and sophistication.

Two passionate texts by Russian Jewish women of different generations, newly available, are welcome reminders of this fact. They are unusual insofar as both authors are from privileged, highly educated backgrounds while most surviving reminiscences of growing up as a Jewish woman in Russia focus on sufferings from economic hardships and related tsoris in the shtetl. There is tsoris aplenty in these two books, and even some discussion of shtetls, but both texts enjoy a far wider scope of reference.

Readers usually enjoy adolescent diaries, as they seem either to prefigure a bright future or possess poignant irony if the precocious young diarist did not indeed live happily ever after. Despite continued renown among Russian readers, Nelly Ptachkina’s adolescent journal, which originally appeared in 1922 in Paris from [the émigré Russian Jewish publisher Iakov Povolotskii, has apparently never been translated into English. This is unfortunate, as English readers would doubtless relish the gumption and resolve of this young woman. She faced historical cataclysms in the aftermath of the Russian Revolution, describing in a limpid style the devastating rise in anti-Semitic violence.

And Anna Pavlovna Vygodskaia brings to the table the highly intellectual and aesthetic approach of a genuine litterateur, someone who handles language with affection and care, as she describes her own determination to acquire an education that suits her as an individual, defying the strictures of her parents. In her own way, Vygodskaia was also heroic, as an ambitious thinker and cultivated person, and she remains perhaps an even more cogent model than Ptachkina for today. 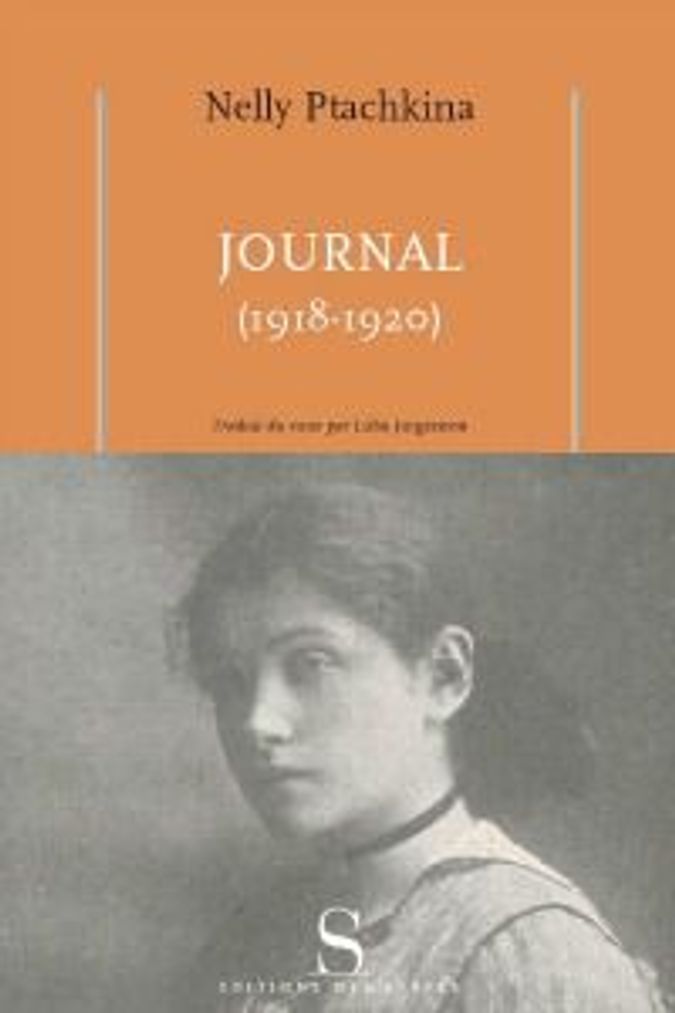 Both books are moving records of young Russian Jewish women growing up. Both have tragic conclusions. Vygodskaia, a powerful original thinker, was a proponent of early childhood education after the Russian Revolution and became a Montessori-trained teacher. Her memoir appeared in Riga in 1938, written at the request of a friend, eminent Russian-Jewish historian Simon Dubnow, who was doubtless impressed by her wit and verve. In 1943, the Nazis would murder 75-year-old Vygodskaia in the Vilna Ghetto two years after her friend Dubnow shared a similarly tragic fate.

By contrast, the shortness of Ptachkina’s life was due to mischance. Against the odds, her family managed to flee post-Revolutionary Russia’s anti-Semitism and arrive safely in France. On a sightseeing trip to the foot of Mont Blanc, the highest mountain in the Alps, 17-year-old Ptachkina accidentally fell into a waterfall on the Swiss side of the mountain. She died from the injuries she sustained. Despite these destinies, the authors’ books are not bleak. Instead, their forthright courage and willpower have impressed many.

One reader, Joseph Kessel, wrote an essay on Ptachkina, lauding her determination to combat Russian anti-Semitism. In Kiev, her mother’s hometown, Ptachkina witnessed violent crowds who channeled their anger about post-Revolutionary difficulties into anti-Semitic pogroms. On August 22, 1919, Ptachkina noted:

The air vibrates with insults from everywhere directed at Jews: ‘Yid, yid yid!’ It’s horrible…. If I heard a single one of these people say the word “Jew” instead of “yid” I would feel profound sympathy and gratitude.

Overwhelming emotions at this time of historical crisis affected the studious teen to the point where she claimed, on September 7, 1919:

There are days when if I had any vodka, I would be capable of getting drunk. Or even take cocaine or morphine. Today, I will not write, because I want to forget myself.

Yet there is also joy and delight in Ptachkina’s record, in good part due to her love for books. Her journal begins and ends with Anton Chekhov, first with a 1918 Moscow performance of his “The Cherry Orchard.” Undaunted by the sacred aura surrounding Constantin Stanislavski’s Moscow Art Theatre, Ptachkina merrily mocks a moment in the play when a faithful old servant is forgotten by landowners, in response to which audience members pulled out handkerchiefs to wipe away their tears: “I find these handkerchiefs really funny,” Ptachkina confessed. Chekhov is again in her thoughts on the boat to Paris from Kiev, as seagulls hover overhead. She reflected on seagulls as poetic symbols in Chekhov’s play “The Seagull” and in the subsequent seagull logo on the stage curtain of the Moscow Art Theatre, where many of Chekhov’s plays were first performed.

On November 21, 1918, Ptachkina also experienced artistic transcendence when she went to a social dance and noted:

When dancing, I change utterly; I am no longer the same as at home or in the street. I talk endlessly, and am joyous and relaxed. I laugh and there’s something somehow special about it. My relaxation isn’t ordinary, it seems simple and spontaneous.

Her elder by 35 years, Vygodskaia shared some emotions with Ptachkina in the memoirs that she wrote about her youth. To escape from her birthplace in the provincial backwater of Bobruisk, a muddy outpost in the Pale of Settlement, Vygodskaia resolved to study European culture in St. Petersburg, leaving without obtaining the required permission from her father. Once in Petersburg, to get her father’s consent she threatened to become a midwife, a field of study not requiring parental permission. The mere threat of having an akusherke —Yiddish for “midwife” — in the family impelled her father to allow her to study any other subject. Vygodskaia explained, echoing a line from Chekhov’s play “The Three Sisters,” “I was always drawn to the big city — ‘to Moscow, to Moscow!’”

A more subtle influence of Chekhov on Vygodskaia’s writing style is her playful, teasing wit in vivid descriptions of a Gorgon-like stepgrandmother. Much like Ptachkina, the young Vygodskaia was also enchanted with dancing, on two occasions describing choreographies that express her youthful personality. Dancing at a party with her boyfriend while a pianist played a Russian folksong, Vygodskaia recalled:

I pulled out a handkerchief, lifted it high over my head, placed my hands on my hips, and started dancing, kicking out my legs, slowly at first, and then faster and faster…. Suddenly, I froze into place, as if startled by an excess of emotion. Everyone was at a loss — what had happened, why had I stopped dancing?

At another dance, Vygodskaia extended her role-playing to even higher drama.

Right at the very height of the waltz, I stopped dancing and turned white as a sheet. Then, as if I had lost all my strength, I fell against my partner’s arm and with his help, barely managed to drag myself to the sofa. I lay down motionless, with my eyes closed. I was so into my role that I didn’t even have to pretend — it really seemed as if I were done for.

Her charade having indeed alarmed everyone, Vygodskaia soon “leapt up from the sofa and confessed that it had all been a joke,” although not everyone saw the humor in her mischievous choreographic prank.

Vygodskaia also enjoyed the cultural opportunities of Petersburg, attending recitals by such famous Jewish pianists as Anton Rubinstein and Josef Hofmann. In the classes she attended, known as the Higher Women’s Courses, there was the thrill of hearing chemist Dmitri Mendeleev lecturing about his creation of the periodic table of elements, whose beauty would later inspire such authors as Primo Levi.

In addition to personal edification, Vygodskaia conveyed a genuine belief in social advancement for Jews. During one lecture about mushrooms, a botany professor named Ivan Borodin, brother of the famous composer Alexander Borodin, thoughtlessly blurted out: “Yids don’t eat this type of mushroom!” The class reacted unanimously to this use of an anti-Semitic term by silently walking out of the classroom, and Borodin was obliged to apologize.

Although this degree of academic enlightenment and sensitivity would be short-lived in Russia, as in the rest of Europe, it is a source of the vivacity and optimism in Vygodskaia’s precious memoir. Though more sober than Vygodskaia, Ptachkina’s thoughts are brightened by the happy ending of her book. Together these volumes are indispensable additions to our understanding of the lives of Russian Jewish women nearly a century ago.