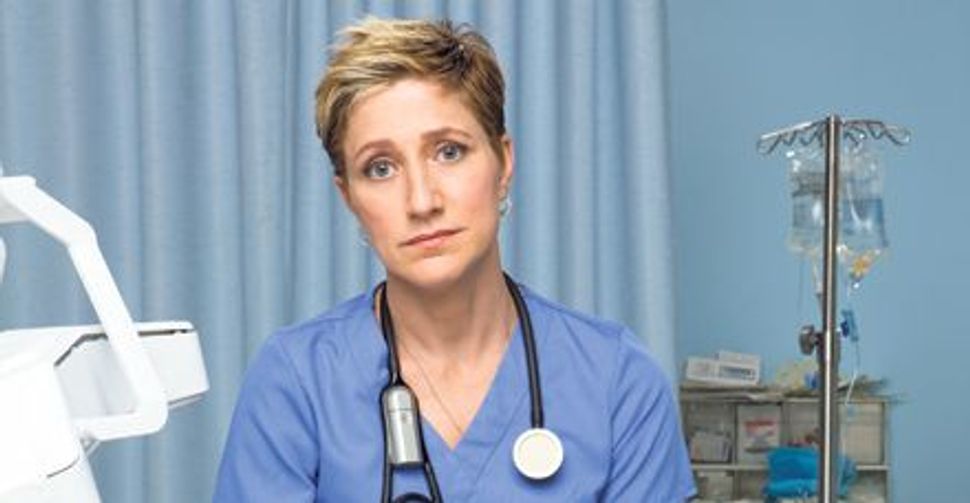 One of my favorite television programs is “Nurse Jackie,” which casts a rueful eye on the complicated life of an emergency nurse in a contemporary urban hospital. My husband’s formidable great-aunt, Vera Libo Grinspoon, was a nurse, too — a head nurse at Jerusalem’s Hadassah Hospital in the years leading up to the birth of the State of Israel. Though I met her only once or twice, she left quite an impression on me: that of a woman of parts. 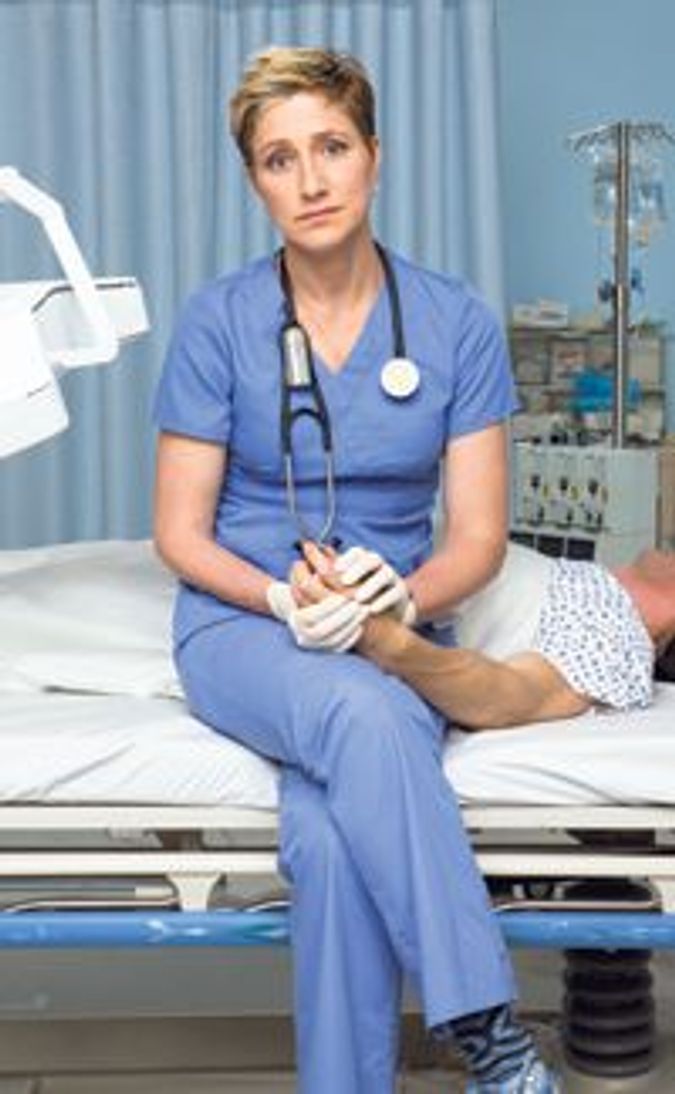 Other champions of nursing I’ve known about and admired at arm’s length have included Henrietta Szold, legendary founder of Hadassah, the Women’s Zionist Organization of America, and Lillian Wald, who, in the 1890s, established the Henry Street Settlement and its Visiting Nurse Service of New York. But, I have to confess, that’s as far as my interest in and knowledge of nursing extended. Frankly, I never gave it much thought, either historically or sociologically.

Recently, though, following the sudden and unexpected hospitalization of my husband, nurses swam into my consciousness, where they have remained. Nowadays I can’t stop thinking about them: how they do what they do, why they do what they do and, given my ever-present, insistent historical imagination, why nursing as a profession never did catch on among American Jewish women.

Social work, civic reform, moral uplift, education — Jewish women flocked in large numbers to each of these ventures while remaining aloof from the white uniform and the nurse’s cap. Surely it wasn’t for want of opportunities. Many of the country’s Jewish hospitals, from Mount Sinai in New York to the Jewish Hospital in St. Louis, had nursing schools of their own. Meanwhile, The American Jewess, a late 19th-century magazine with a keen moral sensibility, encouraged its readers and their daughters to take up what it called the “most womanly of all womanly occupations.”

Some did, of course, but not in any great numbers. What’s more, few, if any, of the vocational training agencies that abounded in the late 19th- and early 20th-century Jewish community pointed their charges in the direction of the hospital ward: Stenography, typewriting and teaching were avidly promoted, while nursing was given a pass.

One can only speculate on why this came to be, especially given the possibilities nursing presented to meet and marry a nice Jewish doctor. Was there some kind of tacit cultural assumption that nursing was an inappropriate career choice, too physically demanding, perhaps, or one with too few economic incentives? Was it fear of bodily contact, especially between strangers, that rendered it off-limits? Some observers have even suggested that given nursing’s relationship to sacrifice and abnegation, it smacked too much of Christianity and therefore was placed beyond the pale of acceptable professions.

The only instance in which nursing struck a responsive chord among American Jewish women was when they had the opportunity to be a part of the American Zionist Medical Unit, which Szold and others founded on the cusp of World War I to tend to the medical needs of those who then called Palestine their home. (Hadassah later became an independent organization with its own nursing school in Jerusalem.)

Szold made this “womanly occupation” exotic, sexy, even glamorous. The way she put it, nursing spoke of adventure, not the bedpan. Enlarging its geographical parameters, the Zionist visionary also enlarged its meaning, binding nursing to the restoration of the Jewish body politic.

In a series of letters that Szold wrote in 1920 and 1921, which were subsequently published by Hadassah, she detailed both her travels throughout the country and her encounters with field nurses, hospital nurses and student nurses. Equal parts travelogue and cheerleading, these letters buoy the spirit. They are so beautifully rendered, so stylish and animated and vivid and witty, that they rank right up there with the most celebrated of epistolary exchanges. They deserve to be read and cherished.

What’s most striking about what came to be known as Szold’s “familiar letters from Palestine” was their range. One moment she dilates on the topography of the country, both man-made and natural, noting how “in the East, neither man nor nature is afraid of color.” Holding forth on the ways in which the sky complements the traveler’s state of motion, she writes lyrically of how “clouds in fragments and tatters danced up and down, chased from hillside to hillside by the bursting sunshine.”

At other moments, her letters contain richly wrought sentences about linen closets and wooden packing cases. At a time and in a place when fresh laundry was a luxury and furniture was in short supply, Szold was keenly attentive to the allure of white sheets and a big fan of improvisation. “Wood is scarce in Palestine and dear beyond American imagination. Every sliver is preserved and used,” she observed. As for the linen closet, it was the “envy of all other institutions in Palestine. Here lie piled up the fruits of touching industry and patient persistence.”

Szold was equally sensitive to how student nurses spent their leisure time of an evening, noting how they made do with a “cracked” piano, prepared tea from a samovar, cooked up highly spiced meals (“They want highly spiced food all the time. Is it a Jewish characteristic?”) and fiercely debated the issues of the day. The dining room, she related, “is the scene of hot word battles…. There is hope that in the future the discussions will be less hot, the criticism less acrid.”

However intimately detailed, each of these accounts pales in comparison with her remarkable description of a nurse she met while traveling the Galilee. There’s no point paraphrasing; I couldn’t possibly hold a candle to the glories of Szold’s prose. Here, for you to relish and savor, are her words:

As I write, I have in my mind’s eye a particular nurse… I must describe her for you. She is a typical Haluzah — tall, strong, pliant of limb, lithe of motion, elastic of step… her head with its short-cropped hair sitting high on firm shoulders, her voice resonant, her masculine high boots, bloomers, smock and rubber cap trying vainly to annihilate her quick, solicitous femininity as she stalks and leaps through the ineffable mud from the clinic on to the hospital barracks…. That’s Tania — that’s the typical Haluzah…. If a poster were wanted to advertise the A.Z.M.U., I’d have a picture of Tania made by an artist with a soul as well as a brush. May her kind increase in the land.

I don’t suppose that such a poster was ever made. But Szold’s words live on, recalling a moment in time when nursing was deemed the most ennobling and liberating of callings.