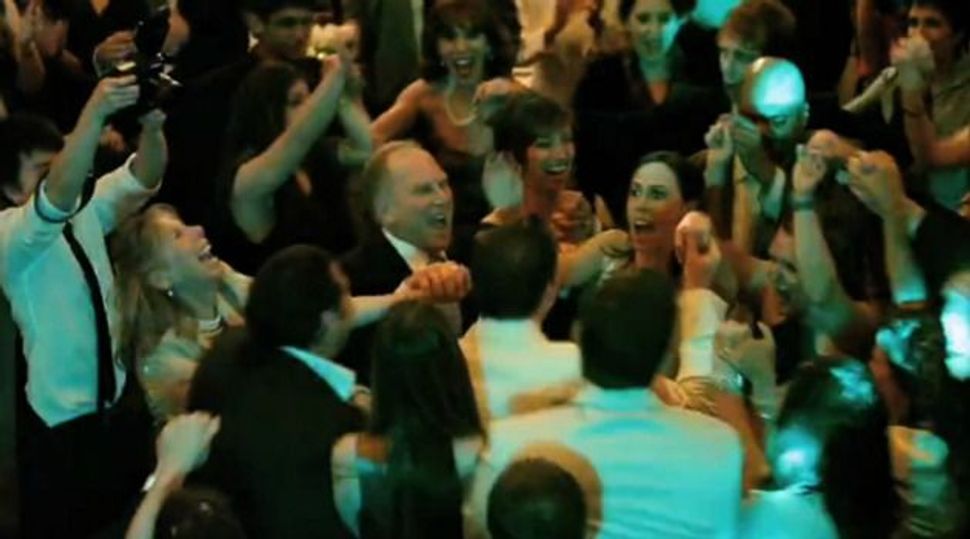 One day, in the summer of 2008, the question “‘Hava Nagila’ — what is it?” popped into Roberta Grossman’s head. Although she was familiar with the ubiquitous song, she was clueless about its origins. Thus began the filmmaker’s four-year quest to investigate the Jewish standard’s century-and-a-half journey, from Ukraine to YouTube. The result is her new documentary film, [“Hava Nagila (The Movie),”][2] which premieres at the San Francisco Jewish Film Festival on July 19.

“It turned out that ‘Hava Nagila’ is an amazing portal to 150 years of Jewish history, culture and spirituality,” the Los Angeles-based Grossman told the Forward in a recent telephone interview. “Once we started sticking our toe in the big Hava river, so to speak, we realized there was a lot out there.”

Grossman had always thought of the song as a touchstone of her own culturally Jewish childhood, but until she began researching it, she had no idea of its reach and effectiveness. The quest to understand “Hava Nagila” turned into an inquiry into her own American Jewish identity, as well as into why certain songs have such staying power.

The film traces the song from its origins as a wordless Hasidic nigun, a wordless melody, in Sadagora, Ukraine, where the Ruzhiner rebbe, Yisroel Friedman, established his court in 1845. From there it traveled to Palestine early in the 20th century, where Abraham Zvi Idelsohn, the father of Jewish musicology, transcribed it and added lyrics to it in 1915 expressing celebration and brotherhood.

According to an article by music scholar James Loeffler on the song’s “long, strange trip,” “Hava Nagila” became an overnight hit among Jews of the Yishuv after it was played in a 1918 concert celebrating the defeat of the Ottoman Turks by British forces in World War I. It quickly became a staple of Zionist culture in pre-state Israel, and traveled across the ocean to enter the folk song repertoire of American Jewry. Referred to simply as a “Palestinian” or “Hebrew” folk song, it appeared in children’s songbooks and was recorded by cantors and folk music performers. By the 1940s it could be heard at almost every bar mitzvah and Jewish wedding.

The song really took off in the 1950s, when it attracted the attention of such mainstream artists as Harry Belafonte, Connie Francis and Glen Campbell. In the film, Grossman interviews these singers and includes clips of them performing the song. Belafonte recalled that the two numbers for which he was best known were “Day-O (The Banana Boat Song)” and “Hava Nagila.” Francis said she used to close every concert with the latter. Both said there was nothing like it that could make and leave an audience happy.

“Hava Nagila (The Movie)” also documents the extent to which “Hava Nagila” has become known around the world, even in countries that have no connection to the song’s Jewish origins. Grossman shared with the Forward a clip of examples, not only from American popular culture, but also from places such as Egypt, Iran, China, India, the United Kingdom, South Korea, Serbia, Estonia, Mexico, Russia and Thailand.

What makes the song so popular? It could just be the catchy tune, explained Josh Kun, University of Southern California professor and co-founder of The Idelsohn Society for Musical Preservation, in an interview for the film at Los Angeles’s Canter’s Deli. “I think it’s a great example of a song that started off being something very specific about tradition and ritual and religion, and… just becomes a kind of happy sing-a-long that… anyone can sing and be happy to,” he said.

Grossman began the project with initial funding from a donor who had seen and was impressed by her 2008 film, “Blessed Is the Match,” about the life and death of poet and World War II paratrooper Hannah Senesh. Following some initial research and filming, she posted a 10-minute sample reel on the Internet to generate interest in the project. The video went viral and has been seen more than half a million times. “It clearly is touching a nerve,” Grossman reflected.

Grossman said there were many surprises while working on the film. She had wanted to include interviews with descendants of the Ruzhiner rebbe, but her attempts to track them down were unsuccessful. Then, just as Grossman and her crew were filming in the ruins of the Hasidic court in Sadagora, a descendant of Friedman walked in with a group of students from England.

“We were packing up to leave when I noticed a Hasidic man in a black hat and robe walking toward me, followed by a gaggle of schoolboys with yarmulkes,” Grossman recalled. She and the man “cautiously greeted each other, and he learned that I was making a film on ‘Hava Nagila.’ He let me know his name was also Yisroel Friedman and that he was the great-great-great-grandson of the rebbe Yisroel Friedman. I was astonished. You could have blown me over with a feather!”

Grossman’s fortuitously timed interview with Friedman, along with the rest of her research, helped her tell the song’s full story. She aims to dispel the notion that it is just an overused — even reviled — party song. “In general, people only get part of the story right. They think it’s an Israeli folk song, or that it came to us direct from Anatevka,” she said, referring to the shtetl in “Fiddler on the Roof.” Instead, it was the song’s entire historic sweep that she wanted to show.

“‘Hava Nagila’ is like a snowflake rolling along through Jewish history, picking up more and more layers and meaning as it goes,” she offered. “‘Hava Nagila’ is a tiny little seed that carries with it a full tree of experience.”