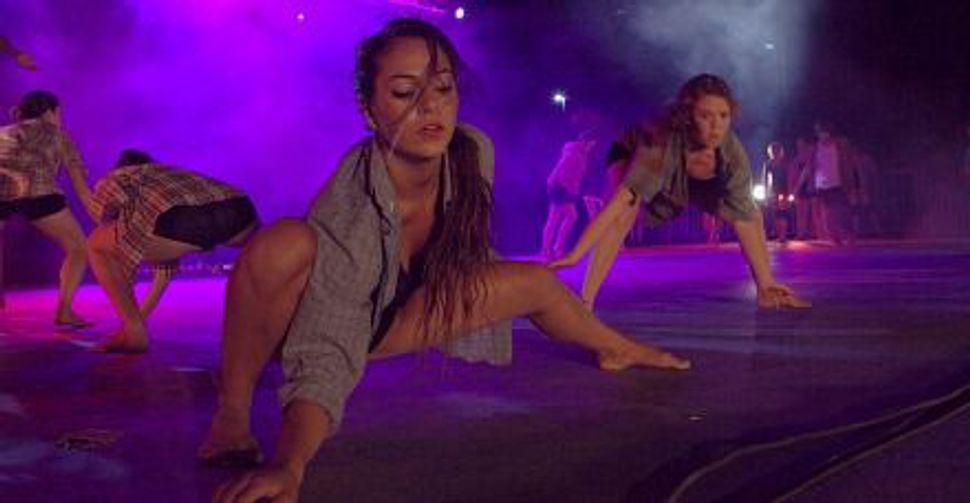 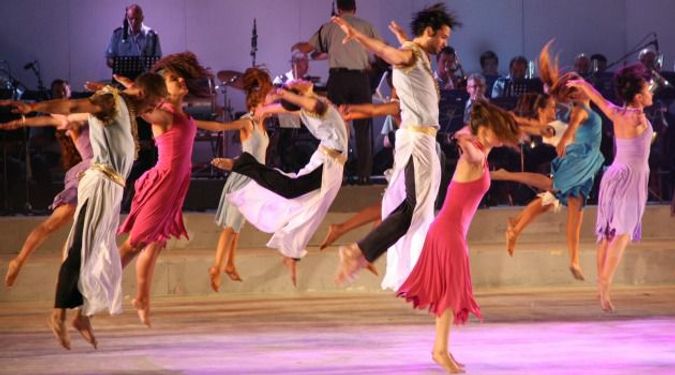 Down With It: The Karmiel Dance Festival features professional shows as well as amateur competitions. Image by alex huber

For three days every summer, the northern Israeli bedroom community of Karmiel, population 52,000, swells to upward of a quarter of a million people. Most of the visitors are avid dancers or dance lovers. Others come just to enjoy the heady atmosphere of the Karmiel Dance Festival, which bills itself as the largest international dance festival in the world.

This year, on August 7, 8 and 9, Karmiel celebrates the festival’s 25th anniversary, bringing to town more than 40 dance troupes, hailing from Beersheva to Metulla, as well as professional companies from as far away as Beijing, Moscow, Rio de Janeiro and Pittsburgh. City residents rent their rooms or leave town to accommodate a massive influx of dancers who perform around the clock for three days and nights. Hotels, bed and breakfasts and campgrounds throughout the region are booked at least a year in advance. 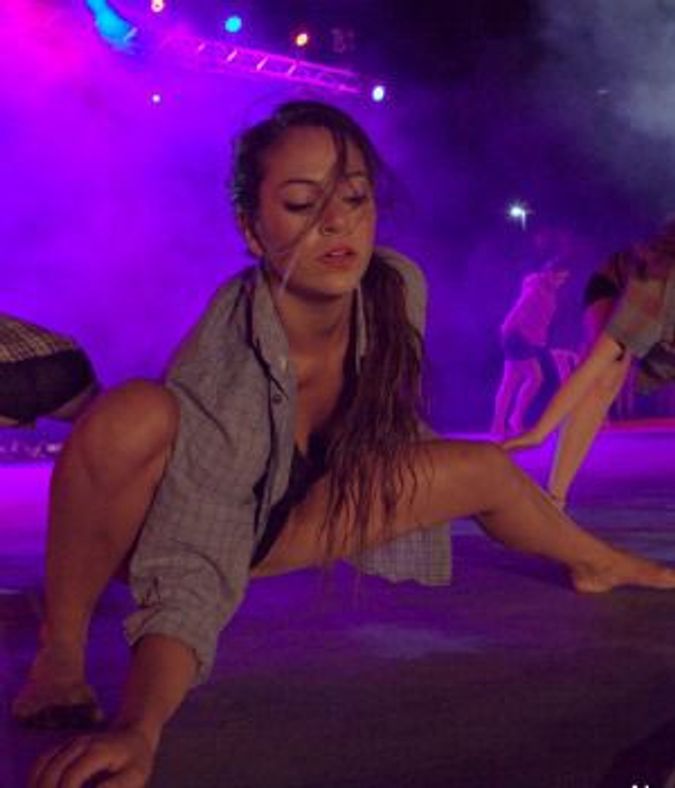 “The first mayor of Karmiel, the late Baruch Venger, wanted to put Karmiel on the map,” explained Leviah Shalev-Fisher, the city’s communications director, about the festival’s birth. “After considering a lot of things, he decided to renew a folk dance festival from years before that took place in Kibbutz Dalia.”

The Galilee kibbutz hosted a series of dance pageants, beginning in 1944, under the direction of dance teacher and choreographer Gurit Kadman, a German-born pioneer who came to pre-state Israel during the Third Aliyah, after World War I. Inspired by early 20th-century German ideals of returning to the land and resuscitating waning folk culture, Kadman made essential contributions to the development of Israeli folk culture, particularly dance, in the young Jewish state.

Kadman and a small cadre of other dancers saw the rondo, or circle dance form, with hands clasped or arms reaching across shoulders, as an expression of the communal ideals of the kibbutz movement and of the young nation. As young Jewish pioneers built farms and cities, these dancers drew from diverse immigrant and indigenous cultures to create a new art form: Israeli folk dance, or as it’s known in Hebrew, rikudei am. “In the nights after our work,” Kadman told dance historian Judith Brin Ingber in the early 1970s, “we would dance for hours, sometimes all the night through, joyful and proud, knowing we were reviving the land together.”

Dance at the dawn of modern Israel expressed the young nation’s collective ideals and the birth of the new Zionist Jew, wedded to the land but looking to the future. These days dance in Israel still looks outward, and it has taken on a strong international flavor, making it unrecognizable to the founding generation that strung together grapevine and Yemenite steps. Recently choreographed folk dances use salsa steps or Irish jigs, Turkish chants or hip-hop moves. You can see the melting pot of Israeli dance by simply looking over the schedule of the Karmiel Dance Festival.

In years past, visiting troupes have included the Bolshoi Ballet, the National Ballet of China and the Polish Dance Theatre. This year’s big international draw is, ironically given the history of Cossack-Jewish relations, the Russian Cossack State Dance Company, featuring 80 dancers in a program called “The Cossacks Are Coming.”

Other visiting companies include Beijing’s Guangdong Modern Dance Company; Cia Brasileira de Ballet, Brazil’s classical ballet company, and, representing the United States, the Pittsburgh Ballet Theatre, which is on its first international tour in two decades. The tour was supported by the Jewish Federation of Greater Pittsburgh, which maintains a sister-city partnership with Karmiel and Misgav.

While some companies in the United States have eschewed touring in Israel for political or security reasons, PBT’s artistic director, Terrence Orr, is looking forward to bringing his 20 dancers to Karmiel. “I feel that Israel is working on being really a free and safe society, and I think it’s a phenomenal experience to be able to be exposed to this,” he said. “A lot of people go to Israel with worries, but I’m not.”

Shalev-Fisher noted that the entire festival grounds will be sealed off and fenced and that attendees must pass through security checkpoints to enter. “For people who worry about those things,” she said, “they can be sure it’s secure.”

In Karmiel, the Pittsburgh company will perform choreographer Dwight Rhoden’s 2009 “Step Touch,” a tribute to the classic American doo-wop of the 1940s and ’50s, featuring a soundtrack by Charlie Thomas’s Drifters. “It’s a real American piece with a great feel,” Orr said. “I think the Israelis will like it.”

In addition to performances, the Karmiel Dance Festival features competitions for the best new Israeli folk dance and the best new Israeli dance choreography. There are also competitions in jazz dance and ballroom, along with “Hip Hop Starz,” which meets for the second time this year. There, crews of young Israeli street dancers decked out in T-shirts and baggy jeans will compete for top honors.

There’s more to the festival, however, than performances and competitions. Harkadot, or Israeli folk dance sessions, run virtually around the clock, some geared to special populations like wheelchair users and the blind. The city fills its tennis court with sand, and thousands dance until dawn, an ever-changing array of circle, couple and line dances drawn from a growing repertoire that would astound the pioneering generation of dancers. Many more people come to dance than to watch, Karmiel resident and festival photographer Alex Huber said.

A longtime business owner in New York who grew up in Israel, Huber and his wife, Shoshana, moved to Karmiel two years ago, partly to participate and volunteer at the festival. “A big part of it was the weather,” he said, but “a part of it was the dance festival and the nice people we met here.”

“Karmiel is not the Woodstock of Israeli dance,” said Melbourne, Australia-based folk dancer Aura Levin Lipski, who attended Karmiel two years ago and runs the website israelidances.com. “That makes it sound too disheveled. It’s more than that. It’s a true ‘People’s Festival’: every age group, every ethnic group, I think almost every disability and visitors from every corner of the globe come to Karmiel.”

“The idea is that all the people who are dancing will come to Karmiel,” said the festival’s artistic director, Shlomo Maman, one of Israel’s most prolific and prominent Israeli dance choreographers. “We will have more dances than the public can possibly dance. We dance from one morning to the next morning.”

Lisa Traiger is married to an avid Israeli folk dancer and writes on the performing arts from Rockville, Md.