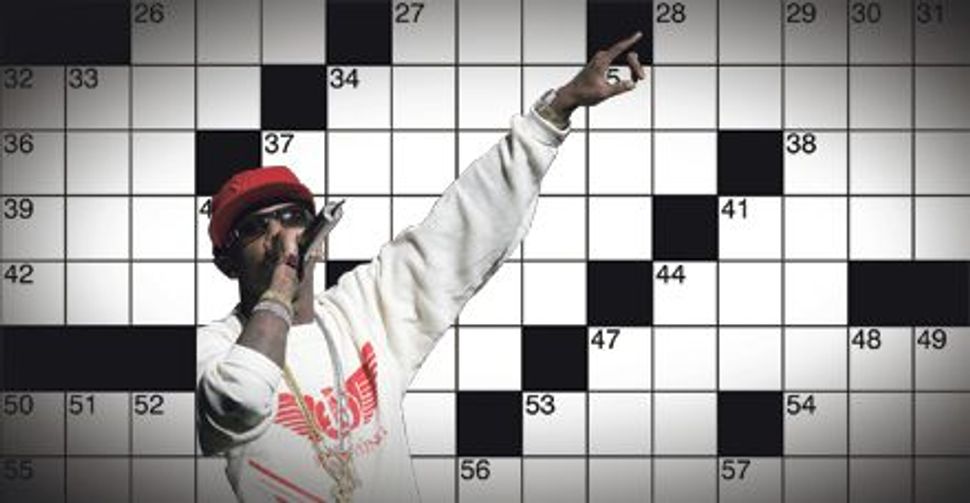 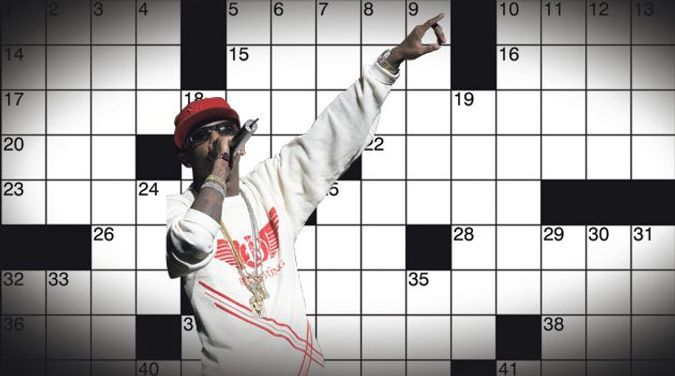 Paraprosdokian: Rapper Fabolous gets his lyrics parsed by Daniel Levin Becker in the pages of The Believer magazine using ancient Greek rhetorical devices.

It takes a certain kind of literary genius to explain rapper Fabolous’s lyrics using ancient Greek rhetorical devices. Best known for his 2001 song “Young’n (Holla Back)” — now an unintended time capsule for the long forgotten two-way pager — Fabolous has never been accused of lyric virtuosity. Yet there it was, in the pages of The Believer, one of America’s most important literary magazines: a review analyzing Fabolous through the paraprosdokian, “a rhetorical device where the end of a sentence compels a re-parsing of the beginning.” According to the reviewer, Daniel Levin Becker, the lyric “I’m raw, dog” (“which initially glosses as ‘I’m redoubtable, homey’”) is revealed by the end of the line to mean “raw dog,” a euphemism for unprotected sex. The review is funny and playfully erudite, though by the time it ends you wonder if Fabolous is as clever as his interpreter.

Levin Becker, reviews editor of the Believer (and, full disclosure, a former high school classmate of mine), appears to appreciate Fabolous’s lyricism sincerely. What he appreciates, however, is not Fabolous’s ability to tell a story, but the swagger of disconnected phrases and rhetorical taunts. As an interpreter, Levin Becker is less concerned with a writer’s moral force, or with the arguments of a text, than he is with the intricacies of language. He has the kind of literary mind that revels in anagrams, puzzles and uncovering the hidden, near-mathematical formulae behind certain works of art. Levin Becker’s new book, “Many Subtle Channels,” is about this kind of literary genius.

Strictly speaking, “Many Subtle Channels” is a book about the Oulipo (an abbreviation for Ouvroir de littérature potentielle), a post-1960 French literary movement best known in this country (if it is known at all) for Georges Perec’s 1969 novel, “La Disparition,” translated into English as “A Void.” As Levin Becker explains, the idea driving the Oulipo is that imposing restraints can paradoxically unlock creativity. “La Disparition” is a lipogram, meaning it is missing one or more letters of the alphabet — in this case, “e.” (There is also a sequel, “Les Revenentes,” whose only vowel is “e.”)

Another prominent oulipian form is the beau présent, an ode that contains only the letters in the subject’s name. Constraints don’t need to be linguistic. The idea behind Perec’s “The Art of Asking Your Boss for a Raise” (1968), was “to write a text based on an office flowchart.” Such restrictions not only force writers to become more attuned to their language, but also generate literary possibilities where none existed before.

While oulipian demands frequently sound arbitrary, there is nothing trivial about this type of literary endeavor. At the end of a section on public workshops, where readers can learn to make their own oulipian works, Levin Becker writes: [D]rawing attention to oulipian constraint… is not a question of exposing the structure so that it can be used again, or even so that it can be admired: it’s a question of making you, the reader, aware of your own effort and engagement, of putting you in control, of diminishing the distance between finding and making.

What Levin Becker doesn’t say is that this notion was one of the most important developments in postwar literary thinking. As Roland Barthes argued in his 1967 essay “The Death of the Author,” the ultimate source of textual meaning is the reader, not the author. Similarly, oulipian wordplay — like deconstruction and related post-structuralist movements — points to language’s inherent instability and the dramatic changes in meaning that occur with slight changes in emphasis. So the Oulipo, which can seem like a marginal literary movement obsessed with replacing all the nouns in a text with the noun seven dictionary entries later (a real form, I assure you), is actually close to the center of midcentury French thought.

Levin Becker leaves this argument implicit, because, as he told me in an email, structuralism and post-structuralism are “inhaled more seriously and consciously by people who are evaluating the Oulipo as an intellectual exercise than they are by the Oulipians themselves.” But I can’t quite agree with this reasoning. A history of the Oulipo needs to read the group both from within and without, both how they saw themselves and how they fit in with general societal trends. What pushes Barthes in one direction and the Oulipo in another? Why does one focus on the infinite varieties of reading and the other on the infinite possibilities of making? The literary historian cannot be afraid to connect different parts of this literary genius.

Yet this oversight isn’t the problem it might have been in a more traditional literary history. Levin Becker’s book is a mix of genres: part travelogue, part portraits of Oulipo members, part history (erudite throughout and frequently delightful) — all of it inseparable from the author’s own story. Levin Becker first fell for Perec while taking a survey course on modern French literature, but he was already predisposed to oulipian literature by his love for word jumbles and crossword puzzles. He had read and been impressed by Italo Calvino’s “If on a Winter’s Night a Traveler” and Vladimir Nabokov’s “Pale Fire,” works that demand distrustful readings. He had designed a mixtape where neither the artist’s name nor song title has the letter “e” (sample tracks: Nada Surf, “Popular”; U2, “Sunday Bloody Sunday”). The Oulipo were only another form of the interests and intellectual inclinations that Levin Becker already had. The discovery was “a reassuring revelation that there were other people who clearly thought in some of the same ways I did, who probably also edited graffiti in bathroom stalls,” he writes. Levin Becker researches the Oulipo to research himself.

In a word, “Many Subtle Channels” is a book about scholarship. When Levin Becker writes that his history of the Oulipo is “heavily indebted to books that you too could read, desire permitting,” he means that the information is already available in written sources and not secret oulipian knowledge. But this is true of almost all research subjects. “Desire permitting” is a deceptively simple caveat: The amount of desire necessary to do extended archival research or to earn a doctorate defies measurement. We buy nonfiction books because of the commitment required to do this research ourselves. At one point, Levin Becker describes oulipian writing as

… fitting a new piece into a puzzle. That simile is doubly useful in that it also captures the commitment and excitement — or frustration and pointlessness, depending on your attitude — of sitting down to do the same puzzle over the course of a day or a week or a year or your lifetime.

This may be an excellent description of oulipian writing, but it is also one of the most perfect descriptions of scholarship I have ever read.

What makes Levin Becker’s story exceptional is not that he was able to travel to France to do fieldwork, but that he was inducted as a member of the Oulipo. His subjects recognized publicly the work he did and encouraged him to continue. If I have a conflict of interest here, it’s not that I once knew Daniel Levin Becker, it’s that I also research literary movements that speak to me, though without the possibility of ever receiving their approval or acclaim. My subjects are nearly all ghosts. But the moment of recognition — the moment when the Oulipo suddenly came to Levin Becker — is universally true: Scholarship comes from that deep personal connection with the subject. And it can make mind-numbing research the most enjoyable thing in the world, as easily as it can lead to moments like the one Levin Becker uncannily describes.

Eitan Kensky is the preceptor in Yiddish at Harvard University. His research focuses on Jewish American literature and culture.