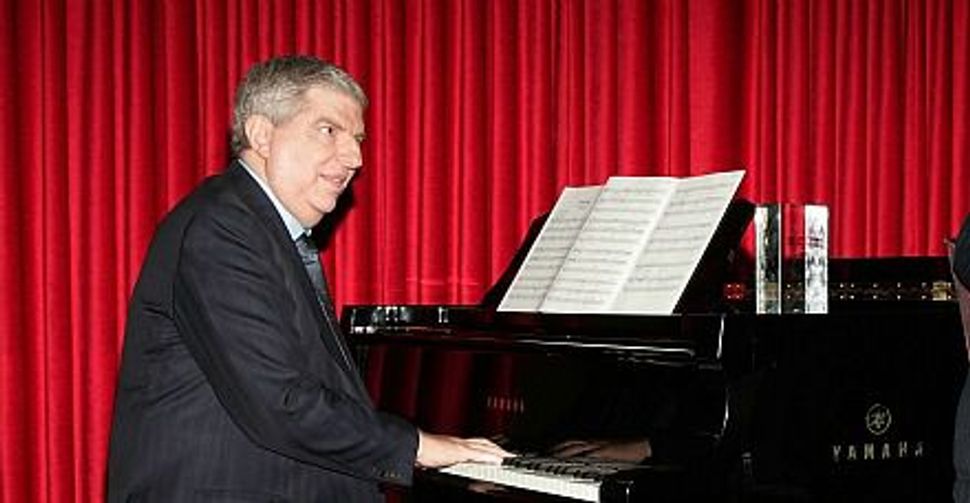 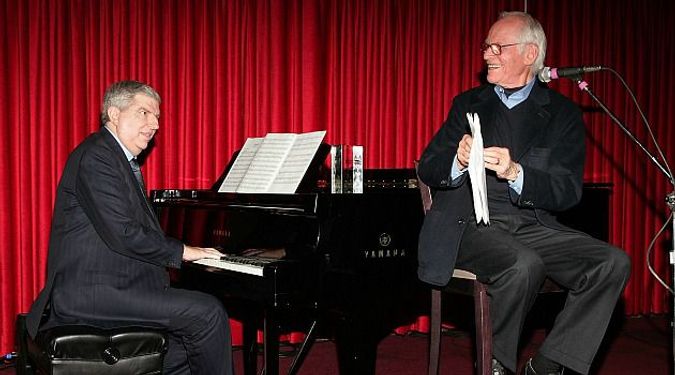 When the much-honored screen and stage composer Marvin Hamlisch died suddenly and unexpectedly on August 6, he was serving or had served as principal pops conductor for orchestras in Pittsburgh, Milwaukee, Dallas, Pasadena, Seattle and San Diego. The Philadelphia Orchestra was also considering Hamlisch for similar duties, having recently fired its longtime Philly Pops founding director Peter Nero, born Bernard Nierow to a Jewish family in Brooklyn. Hamlisch was scheduled to conduct the New York Philharmonic’s New Year’s Eve concert as well. These and other ensembles will profoundly feel Hamlisch’s loss; Pops events are essential fundraising attractions to offer soothing thank-you’s to donors.

The American Friends of the Israel Philharmonic, in its astutely packaged and presented fundraisers, generally offers solidly traditional works, rather than a menu of out-and-out pops, as hat tips to its supportive public. On October 25 at a Carnegie Hall benefit the always-ardently warmhearted Zubin Mehta will conduct works by Mendelssohn and Brahms, followed by a program of Chopin, Schubert and Brahms in another IPO benefit in LA on October 30. But Hamlisch, who showed every sign of being a nice guy, having braved artistic collaborations with daunting divas such as Barbra and Liza, offered something different, allowing audiences an outright escape into the glitz and glamour represented by his multiple Oscar, Emmy, and Tony awards for movies from “The Sting” and “The Way We Were” to Broadway musicals such as “A Chorus Line.”

Hollywood and Broadway repertory should not be underestimated as the kind of music which, in William Congreve’s phrase, has “charms to soothe a savage breast,” especially at a time when savage breasts seem to abound. The tension beneath the surface at supposedly tranquil pops concerts can sometimes be startling. In 2007, a donnybrook broke out during a Boston Pops concert, apparently sparked by an audience dispute about seating. “Real Men Don’t Rehearse,” a 2005 memoir by longtime Boston Pops musician Justin Locke describes the beloved Jewish pops maestro Arthur Fiedler as a wanton drunk, confirming allegations made in “Arthur Fiedler: Papa, the Pops and Me,” by the conductor’s daughter Johanna Fiedler.

Such psychodramas and the potential seamy underbelly of the pops scene were light-years away from Hamlisch’s infallibly polished and pristine presentations, leading to the question: Which conductor can possibly fill his shoes as purveyor of sweet-sounding aural lollipops?

One of Hamlisch’s contemporaries, who has been performing light music for decades, is conductor John Mauceri, a Leonard Bernstein protégé, who is currently the Chancellor of the University of North Carolina School of the Arts and who led the Hollywood Bowl Orchestra from 1991 to 2006. Whether performing Gershwin, Lerner and Loewe, or film soundtracks, Mauceri brings the same passionate seriousness and attention that he might lavish on a Puccini opera or Mahler symphony. Mauceri gives popular composers high marks for creativity. During a phone interview several years ago, Mauceri told me that the Los Angeles-born Jewish soundtrack composer Jerry Goldsmith created such a magnificent score for the film “Planet of the Apes” that, if retitled and presented as new classical music, Goldsmith’s work would earn raves.

Another conductor who can present engagingly tuneful music without falling into pap or hackneyed drivel is James Conlon. At this year’s Ravinia Festival, Conlon conducted the U.S. premiere of a long-neglected work by Kurt Weill, “Magic Night,” a ballet with songs written for young audiences by a 22-year-old Weill. Conlon is the founder of the OREL Foundation which studies and promotes works, including many delightful light compositions, by composers who tragically suffered in Fascist Europe. Like Mauceri, Conlon can embrace lighter music but also possesses the chops for more serious works. Light classics are indeed best interpreted not just by specialists, but by performers capable of tackling the more rigorous works of the repertoire, as mighty past conductors such as Bruno Walter, Arturo Toscanini, and Carlos Kleiber exemplified. In the past, Johann Strauss’s mellifluous waltzes charmed and pleased a wide public which even included the arch-modernist Arnold Schoenberg, who transcribed some of them for chamber ensemble.

One mid-career musician who could be a splendid successor to Hamlisch as a conductor of substantial classical pops is Sarah Rothenberg. Born in 1958 in New York, Rothenberg has served as Artistic Director of Da Camera of Houston since 1994. An expert in repertoire ranging from Chopin, Fanny Mendelssohn, and jazz to more challenging contemporaries, Rothenberg’s concerts are always eye-opening multi-media experiences. Rothenberg’s own composition, “In The Gardens of Dreams,” inspired by the artistic world of Vienna 1900, is scheduled for world premiere next May in Houston. Assigning a composer and musician of Rothenberg’s taste, intelligence and sensitivity to a schedule of pops concerts might seem an odd demotion, but just as the ferociously serious Schoenberg could find relaxation and joy in this domain, so the brightest of today’s talents should be allowed to reveal the inspirational essence of what brilliantly fashioned popular art can convey. Though Hamlisch will be much missed, surely he would not have wanted his passing to mark the end of the development of light music appreciation in America.

See John Mauceri discussing a 2011 performance of the Richard Rodgers and Oscar Hammerstein musical classic “Oklahoma” at the UNC School of the Arts here.

And see James Conlon discussing a 2011 tour of Israel of works by composers persecuted during the Nazi era here.

And for a taste of the Dionysian potential of pops conducting, find the Overture to Hérold’s “Zampa” led with terrifying acumen by Arturo Toscanini in 1952 here.