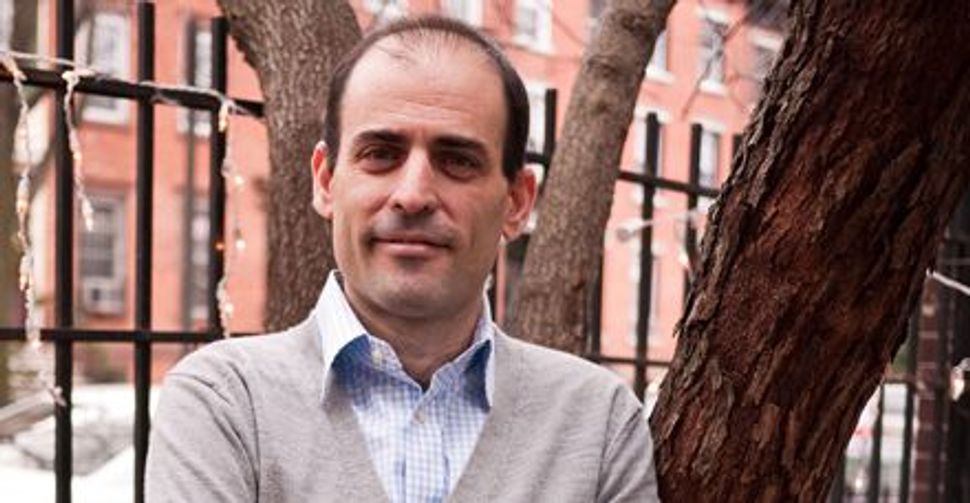 Image by Matthew B. Gross 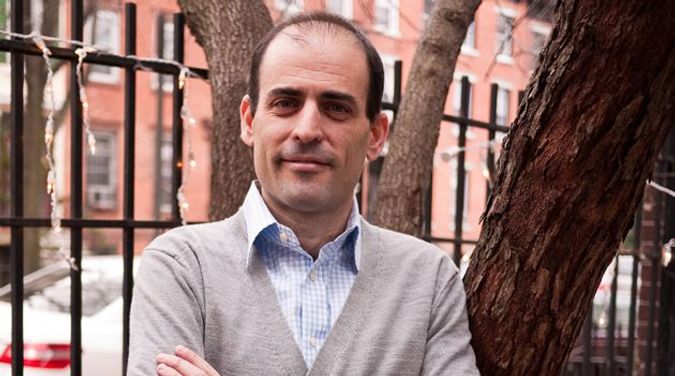 You?re Not a Jew, Are You? Theodore Ross tries to confront his Jewish identity crisis. Image by Matthew B. Gross

Am I a Jew?: Lost Tribes, Lapsed Jews, and One Man’s Search For Himself
By Theodore Ross
Hudson Street Press, 280 pages, $25.95

There are hooks, and then there is the first sentence of Theodore Ross’s new book, “Am I a Jew?” which grabs you by the lapels and makes you instantly uncomfortable and intensely curious, all at once.

“I was nine years old,” Ross writes, “when my mother forced me to convert to Christianity.”

The sentence itself seems to strain credulity. “Forced conversions” evoke images of the Spanish Inquisition and auto-da- fé. Moreover, Jewish mothers will do anything — absolutely anything — to force their children to remain Jewish. For proof of this, I need look no further than my own mother, who brimmed with worry when I dated a Catholic woman in college, and who proudly saw me off to live in Jerusalem a few years later, despite her real fears about my living in any city where terrorists were blowing up commuter buses. (She did send me with a double chai bag, 36 cents in a small sack that she’d sown, which I was to keep with me at all times for protection.)

A Jewish mother would force her son to convert to Christianity? Ross must be kidding. But the author is deadly serious.

Ross’s mother, Diane, was a physician and the child of a Jew who fled Nazi Germany. She grew up in Queens, N.Y. During a 1960s college road trip, she fell in love with the South the moment she “surveyed the antebellum mansions, the Spanish moss.” And so, later in life, after divorcing Theodore’s father and failing at a Manhattan medical practice, she moved Ross and his brother from New York City to a flyspeck town in Mississippi to open a medical practice.

Concerned about anti-Semitism, she instructed Theodore to tell everyone he met that he was Unitarian. While he never formally converted, she enrolled him in the Christ Episcopal Day School, where he studied the Bible and attended church each week. His mother also ordered him to keep the ruse from his father. And so, on holidays and summer break in New York City, he lived as a secular Jew. The rest of the year he sang in a church choir and received Communion.

Ross, features editor of Men’s Journal and co-founder of the parenting blog DadWagon, has wrestled with the impact of this “huge moment in his life” ever since. Neither his first nor his current wife is Jewish (one’s Catholic, the other Buddhist). He has two children, one from each marriage, and he says that he wants them to “practice the same religion” as each other “or none at all.” He has “no particular affinity for God,” and frets about whether other Jews would accept him. His relationship with Judaism is one of “furtive fascination… one that compels and repels in equal measure.” His book is an attempt to come to terms with his early “double life,” reconcile his conflicted attitudes, and answer the identity question that sits unsubtly as the book’s title.

Ross embarks on a journey across the country and around the world. He travels to Albuquerque, N.M, to speak with “Crypto-Jews,” descendants of the medieval Spanish Jews forcibly converted to Catholicism. He spends a night in Manhattan’s Union Square as high-concept sukkahs are installed in a “Sukkah City.” In Kansas City, he visits with members of a rare synagogue that practices Classic Reform — a “stripped-down” variant of Reform whose adherents don’t wear yarmulkes or bar or bat mitzvah their children. He scrapes the inside of his mouth to get a DNA sample for a genetic screening company that can purportedly tell him if he hails from Jewish ancestry. Though he finds Orthodoxy irritating, he spends a great deal of time seeking out Hasidic Jews.

“There could be no avoiding it,” he writes. “To understand if I am a Jew requires that I learn how faith works among the faithful.”

And so he wangles an invitation for Shabbat dinner with an Orthodox couple in Brooklyn, attends a shabbaton at an Orthodox synagogue on the Upper West Side, and then accepts an invitation to the Boro Park wedding of the couple’s daughter.

When Ross trains his eye on his subjects, he does not miss. Here’s his description of the davening at the Brooklyn shul:

Their bodies moved with each prostration to God, some swaying with boredom, others jerking in fervent release. Every few moments the inchoate streams of Hebrew murmuring would overlap and the men would bark amein at the same time. I couldn’t make sense of the pace or the order of the prayers.

Mainly, as he travels from place to place, he is a journalist, not a participant, investigating different types of “being a Jew” — hidden, genetic, religious, cultural — and at times I wondered why he wasn’t observing less and engaging more with like-minded, striving Jews.

When Ross finally answers his question, it seems less like he has arrived, through his journey, at someplace definitive, and more like he’s dutifully wrapping things up. (If the central question is also the title, don’t you have to answer it?) I found myself flipping backwards to a footnote that appears halfway through the book. After a Mississippian says to him, “You’re not a Jew, are you?” he responds, “Well, actually, I am.” As he explains in the note: “Regardless of the title of this book, I am Jewish in Mississippi. Anything else would be a betrayal.” Spend more time there, I thought. Interrogate that.

Yet in the end, Ross’s earnestness as he romps around Judaism’s edges, his willingness to look unflinchingly at himself and ponder tough questions about identity that most of us never tackle, makes his journey compelling.

In a way, all of Ross’s travels and seeking lead to a confrontation with his mother that exists at the book’s emotional core. In a powerfully written scene, he finally puts all of his questions to his mother, point blank.

Her answers are stunning, uncomfortable and sad. They provide an honest portrait of Jewish fears (“I did not want my kids to be lampshades”) and assumptions (“everybody hates the Jews”) that we ignore at our peril. And they remind us that our own tussles with and choices about Judaism are perhaps more heavily influenced by our parents than we might like to admit.

At one point, Ross asks his mother — given that his book is about her lie — why she told all her friends he was writing it.

“Because I’m proud of you,” she says.

Josh Rolnick is the author of “Pulp and Paper,” winner of the 2011 John Simmons Short Fiction Award. He is publisher of Sh’ma, a Journal of Jewish Ideas, and fiction editor of Unstuck, a literary annual.