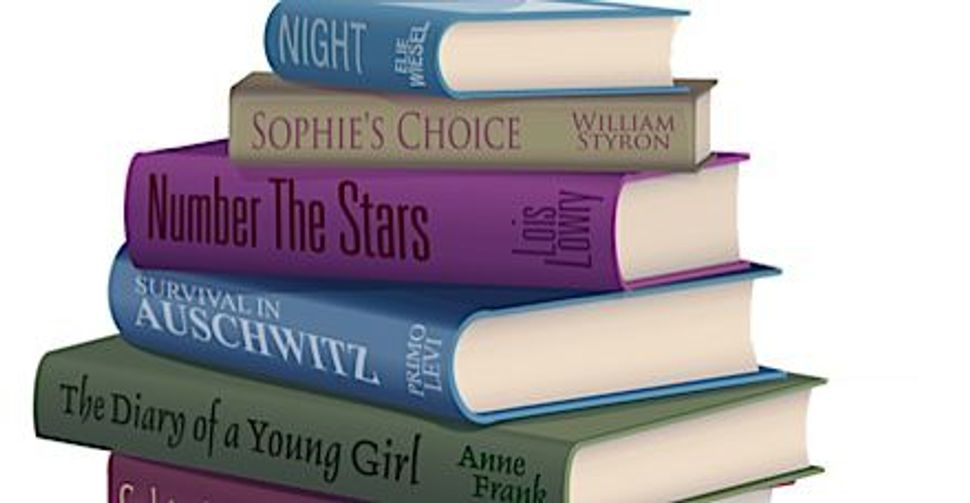 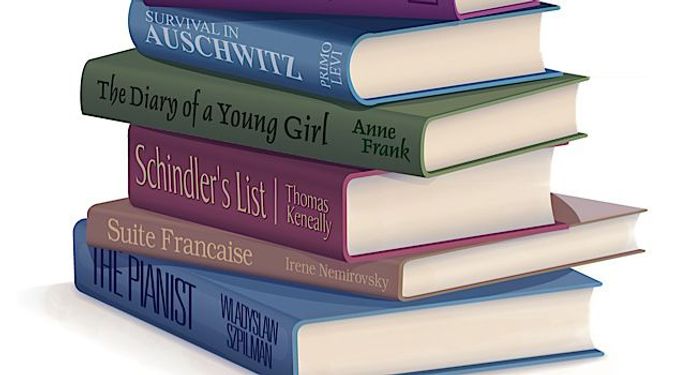 I am the grandchild of three Holocaust survivors. My grandfather had the line of numbers tattooed on his arm, and they all had the terrible memories, the terrible losses.

During my middle school years, now a decade ago, many of us went through what we consider our Holocaust phase. I read every book on the topic I could find, from young adult stories to ghastly nonfiction accounts. And for a year or two I had nightmares about mass murders and torture that were as real to me as my suburban, private-school American life.

Growing up, my school seemed just as involved in remembering the Holocaust as I was. Every year we took trips to Holocaust museums and sat through special classes about the Holocaust. We once even had a Holocaust “fair,” in which each grade set up booths for different aspects of the Holocaust. And, of course, there was the steady stream of survivors who came in to discuss their memories from before the war, their experiences in death camps or work camps, and, inevitably, their joy at seeing the successful continuation of the next generation of Jews.

As young, impressionable students, these speeches left a mark on us. I left the talks feeling more sympathetic for my grandparents, knowing a bit more about the atrocities they’d been through. I felt, in some ways, connected to the past. And I felt the burdens incumbent on us as “the future.”

I never found this strange or unhealthy; this was how I dealt with the guilt of not having been part of the wrong generation — of being one of the lucky ones, of being a Jew who didn’t need to worry about pogroms or gas chambers. But, looking back, I think it was too much.

And I am not the only one. Many young adults are beginning to resent the ways in which the Holocaust has been taught, rejecting the intense focus on it as a central part of history and wishing to embrace a more uplifting Jewish identity.

I don’t know whether my school intended me to react to these programs in the way that I did. In fact, I’m not entirely sure what the point of these programs was to begin with. I gained something personal from them, but I also walked around as a 10-year-old with the guilt of 6 million Jews resting on my narrow shoulders. Luckily, the Modern Orthodox culture that I grew up in offered me many other Jewish pathways — community, giving and learning — so the Holocaust did not make up my entire Jewish identity.

In February, the Beacon, a Modern Orthodox paper that I started at Yeshiva University, ran an article by Binyamin Weinreich arguing for less focus on the Holocaust in the Jewish community. Though the article attracted negative attention for its bold and even callous phrasing, the sentiment nevertheless reflected a growing trend, again displayed in a recent Tablet magazine article by Anna Breslaw. In that piece, Breslaw lays out her suspicions that Holocaust survivors likely had to perform heinous deeds to survive, and argues that younger Jews feel differently about the Holocaust than do their elder counterparts.

As Weinrech wrote in the Beacon:

In a recent poll, it was found that most young Jews do not see their Jewish identity stemming from the Holocaust. This might seem shocking to the baby boomer generation, the survivors’ children who were forced to confront their parents’ painful past after decades of silence. But it makes sense…. What kind of Jewish identity doesn’t extend beyond the attempts to systematically exterminate us seventy years ago?

The Holocaust should never be forgotten, but that doesn’t necessarily lead us to the opposite extreme, whereby it forms the foundation of our identity. The pain of survivors is very real, as is the pain of their children, and to a lesser extent, their grandchildren. But pain is not the basis of religious identity.

On the contrary, Judaism is formed around positive principles. Hillel of the Talmud summed up the Torah’s principles with: “What is hateful to you, do not do to your neighbor” — a thoughtful, all-around agreeable ideal.

As Jews, we’ve been stamped with the unshakable identity of a victim nation, an identity we’ve embraced. But in a rapidly assimilating culture, portrayal of oneself as prey simply is not an attractive image. Is that really how we want to appeal to younger generations? As the tortured and oppressed? It’s part of our identity, to be sure, but it’s not the only part, and it’s certainly not the most important.

Schools need to rethink the spotlight currently being trained on the Holocaust, and learn how to focus that attention on a more pertinent, permanent message. I’d like to think my children will one day attend a school in which the Holocaust is portrayed as something horrible that ultimately made us a stronger and more compassionate people.

I’d like the heroism of the Righteous Gentiles and stories of courageous Jews to be emphasized, with the message being that the good deeds of individuals can change lives. And when my children are taught “never again,” I want them to know that means “never to anyone” — not just to Jews.

Rabbi Bernhard Rosenberg, a speaker and author on Holocaust education who is himself the child of survivors, is passionate about preserving the memory of the Holocaust — but not in the way it’s been done in the past.

“The Holocaust can no longer be about the brutality, the murder of 6 million, the murder of 1.5 million children, all the horrors that go along with it,” Rosenberg, who no longer works as a Holocaust professor, told the Forward. “It needs to be about what these brave souls went through, what we can learn from it. We need to charter that into education about love, about caring. If we take from it only the horrors and the murders, that will destroy the relevance of the Holocaust.”

Rabbi Rosenberg perfectly grasps the need for a change; but there are few educators out there taking the necessary steps to achieve it.

The younger generation of Jews does not wish to become mired in the pain of the past. We want to take these lessons and apply them to a more positive, generous future of Jewish being. When the personal touch of survivors dies out, the emphasis on courage and faith in the face of death, not the affliction of being singled out for being Jewish, is the lesson that needs to be passed on.