What Was Driving Force Behind Jewish History? 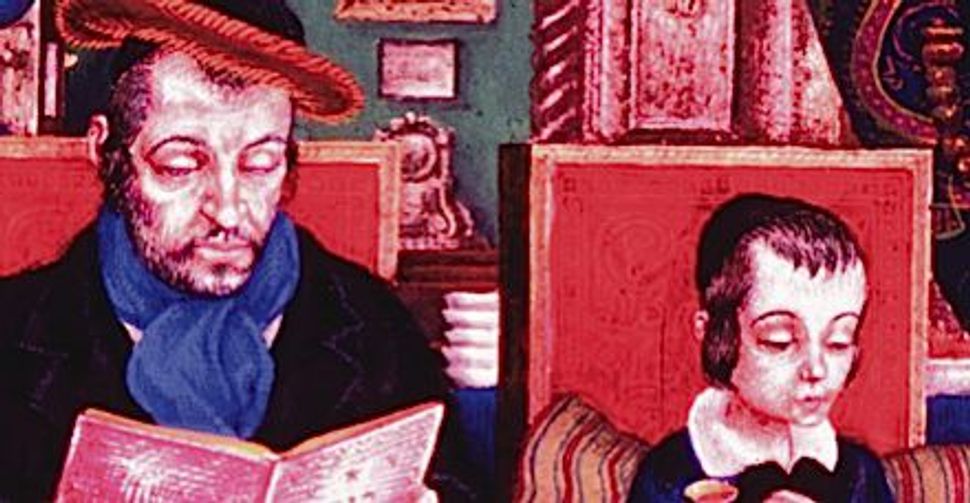 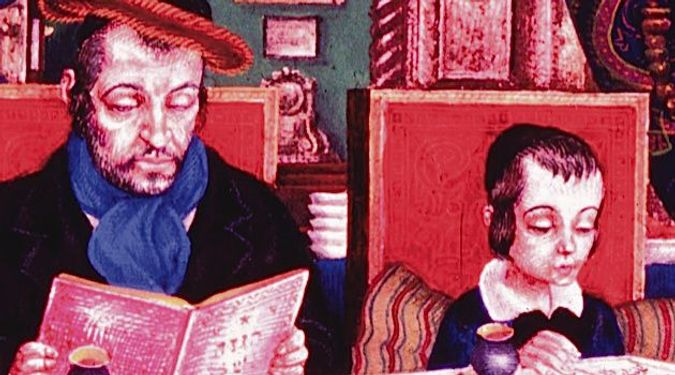 What if most of what we thought we know about the history of the Jewish people between the destruction of the Second Temple and the Spanish Expulsion is wrong? This intriguing premise informs The Chosen Few: How Education Shaped Jewish History, 70-1492, an ambitious new book by economists Maristella Botticini and Zvi Eckstein.

Seventy-five years after historian Salo Baron first warned against reducing the Jewish past to “a history of suffering and scholarship,” most of us continue to view medieval Jewish history in this vein. “Surely, it is time to break with the lachrymose theory of pre-Revolutionary woe, and to adopt a view more in accord with historic truth,” Baron implored at the end of his 1928 Menorah Journal article “Ghetto and Emancipation: Shall We Revise the Traditional View?”

Botticini and Eckstein could not agree more, and in the book they systematically dismantle much of the conventional wisdom about medieval Jewish history. For example, they explore how the scattered nature of the Jewish Diaspora was driven primarily by the search for economic opportunity rather than by relentless persecution. They also demonstrate that war-related massacres only account for a fraction of the Jewish population declines from 70 to 700 C.E. and from 1250 to 1400 C.E., and cast serious doubt on the theory that widespread conversion to Christianity and Islam during these periods was motivated primarily by anti-Jewish discrimination. Likewise, they show that restrictions on Jewish land ownership and membership in craft guilds in Christian Europe — factors that are often cited to explain medieval Jews’ proclivity for trade and moneylending — postdated by centuries the Jews’ occupational shift from agriculture to commerce.

The authors are hardly alone among scholars in advancing their case. But in consolidating a vast secondary literature into a concise and compelling argument, they provide a commendable service. Their demolition job is not an end in itself, however. Rather, it affords them with an opportunity to advance their own unifying theory of Jewish history to fill the explanatory void.

As the subtitle of their book suggests, the authors look to education to explain the across-the-board transformation of Jewish life in the first 15 centuries of the Common Era. Specifically, they zero in on the rabbinic injunction that required fathers to teach their sons how to read and study the Torah.

Literacy, they argue, was the engine that drove the train of Jewish history. It facilitated the economic transformation of the Jews from farmers to craftsmen, merchants and financiers. It encouraged their mobility, as they went in search of locations that presented the prospect of profitability. It determined their migration patterns, specifically their congregation in bustling city centers throughout the Muslim world, where they were able to thrive in myriad urban occupations such as banking, cattle dealing, wine selling, textile manufacturing, shopkeeping and medicine.

It also explained their scattered settlement in scores of small communities throughout Christian Europe, where the demand for skilled occupations was far more limited. It was even indirectly responsible for Jewish population decline. Botticini and Eckstein suggest that illiterates were regarded as outcasts in Jewish society and that a substantial percentage chose to escape denigration and social ostracism by embracing Christianity and Islam, where illiteracy remained the norm.

Once the occupational and residential transformation from farming was complete, the authors argue, there was no going back. Jews paid a high premium for their literate society. Jewish cultural norms required the maintenance of synagogues and schools, and presumed that families would forgo years of their sons’ potential earnings to keep them in school. When urban economies collapsed, as they did in Mesopotamia and Persia as a result of the Mongol conquest, the practice of Judaism became untenable, and the result was widespread defection through conversion to Islam. Accordingly, the Jews became “a small population of highly literate people, who continued to search for opportunities to reap returns from their investment in literacy.” And thus they remained up to the present day.

Botticini and Eckstein’s argument seems tailor-made for the present American environment of stagnant, if not declining, economic resources. In an age where steep day school tuition has (unintentionally) become a form of birth control in modern Orthodox circles and contributed to sluggish enrollment rates among the non-Orthodox, Jewish practice is once again in danger of becoming unsustainable. American Jewish assimilation is often understood as a function of Jewish apathy, but perhaps part of the problem is that Judaism is pricing itself out of the market.

The authors’ theory may leave some a little queasy, including those who have rationalized the Jewish proclivity for moneylending in medieval England, France and Germany as a logical response to antagonistic authorities who systematically cut them off from other avenues of economic opportunity. Many of these same defenders of Jewish honor have been quick to insist that nothing particular to Judaism itself promoted moneylending.

Botticini and Eckstein have little patience for this sort of apologetics. On the contrary, they insist, Jews were naturally attracted to moneylending because it was lucrative and because they possessed four significant cultural and social advantages that predisposed their success. First and foremost was rabbinic Judaism’s emphasis on education; literacy and numeracy were prerequisite skills for moneylending.

Jews were also able to rely on other built-in advantages, including significant capital, extensive kinship networks, and rabbinic courts and charters that provided legal enforcement and arbitration mechanisms in the cases of defaults and disputes. The authors add that while maltreatment, discriminatory laws and expulsions were frequently motivated by the prevalence of Jews in moneylending, they played little or no role in promoting this occupational specialization.

The relevance of cultural determinism is the subject of vigorous debate in intellectual circles, as evidenced by the recent brouhaha over Republican presidential candidate Mitt Romney’s remarks about the differences in wealth between Israel and the Palestinian territories being the result of cultural differences. Most scholars would probably dismiss Romney’s argument as “dangerously out of date,” as Jared Diamond recently wrote in The New York Times. At the same time, Diamond and others warn against mono-causal explanations for socioeconomic historical trends, and such concern is warranted for “The Chosen Few” as well.

Of particular concern is the relative paucity of evidence that Botticini and Eckstein marshal for their literacy argument. Talmudic pronouncements on the importance of education can easily, and inaccurately, be read as descriptive rather than prescriptive, and the authors arguably overestimate the influence of the rabbis on the behaviors and self-definition of the Jewish masses.

They seem to be on firmer ground once they have recourse to the variegated documents in the Cairo Genizah, but they devote almost no attention to Jewish educational trends in Christian Europe. They also have little to say on the extent to which instruction in arithmetic and the lingua franca supplemented a school curriculum designed to promote facility in reading and interpreting Hebrew and Aramaic holy books. Instruction in these areas would have a direct impact on the Jews’ ability to function in an urban economy. Undoubtedly, Jewish school attendance rates and curricular norms varied by location and over time.

To be fair, the history of Jewish education remains an understudied subject, leaving Botticini and Eckstein relatively few secondary sources from which to draw evidence. One can say that their economic theory is plausible, particularly if it is advanced in conjunction with other factors.

But the jury must remain out in the absence of more conclusive hard evidence. Hopefully, the fascinating and elegant argument set forth in “The Chosen Few” will encourage historians to interrogate literary sources and archaeological evidence in search of a clearer picture about Jewish educational norms, Jewish literacy and its impact on the demographics and socioeconomic trajectory of Jewish life in the Middle Ages.

Jonathan B. Krasner is Associate Professor of the American Jewish Experience at Hebrew Union College – Jewish Institute of Religion, in New York.

What Was Driving Force Behind Jewish History?