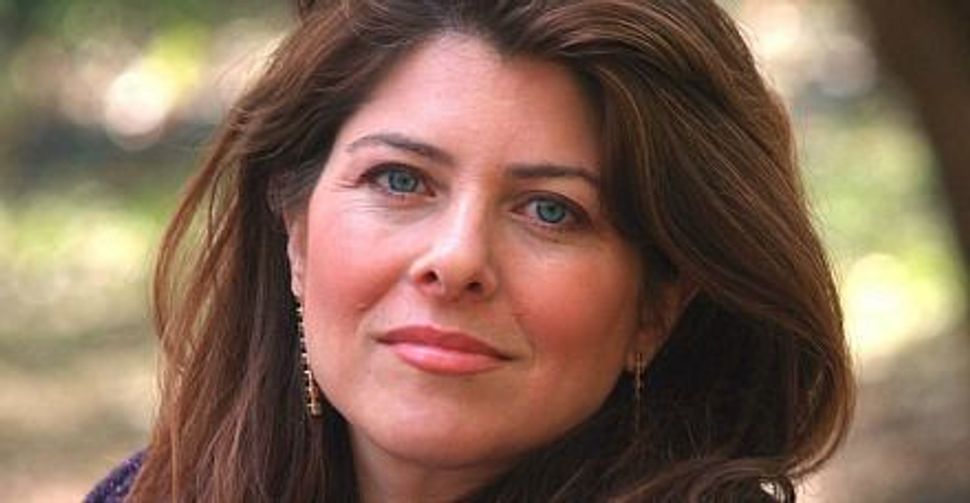 Vaginas are getting a lot of ink in the news these days. Everyone seems to have an opinion about them, especially folks who do not have one. In August, Rep. Todd Akin, a Missouri Republican, made his infamous comments about the vagina’s seemingly supernatural powers to prevent pregnancy in the case of sexual assault: “If it’s a legitimate rape, the female body has ways to try to shut that whole thing down.” But Akin has not been alone in supporting this widespread myth, one among many about the “ways” of female biology that persists in modern times.

Such lingering popular ignorance is a reason that Naomi Wolf’s new book, “Vagina: A New Biography,” is particularly timely and thought provoking. This despite some of the author’s own extreme leaps into mystical, zany territory — which are sure to leave many feminists fuming, or, more likely, just feeling perplexed.

Part of Wolf’s stated mission is to fill a real gap in reporting the latest scientific findings on female sexuality; after all, it’s been decades since the last large-scale national blockbuster analyses of biology. Masters & Johnson’s famed report was published in 1966, “The Hite Report” in 1976.

Wolf makes a basic but legitimate point about how different a woman’s sexual response may be from a man’s — beyond just the multiple O’s. Recent findings have shown that many seemingly disparate parts of women’s sexual anatomy, such as the cervix, can be involved in orchestrating sexual response. (Wolf uses the word “vagina” to refer to “the entire female sex organ, from labia to clitoris to cervix). She goes out on a limb, though, when she names the “brain-vagina connection” and asserts that “the vagina is part of the female brain, and thus part of female creativity, confidence and even character.”

Defining women according to their privates is a direct challenge to 1970s feminists who fought to separate, and liberate, women from them. That sort of thinking had previously limited women, keeping them out of public life for centuries. Today, women feel more secure considering real biological differences, but they still view some “experts’” interpretations of those differences with caution.

This is the seventh book by Wolf, a provocative social theorist who rose to prominence in 1991 with her best-seller “The Beauty Myth: How Images of Beauty Are Used Against Women,” written while she was still in her 20s. For women of her generation (and mine), the book was a breath of fresh air that made feminism relevant and media-friendly. I was lecturing widely on college campuses at that time, and I witnessed firsthand how Wolf’s was the first explicitly feminist book many young women read.

Wolf claims she felt inspired to investigate the complex, highly variable biology of the vagina because of a personal crisis: A compressed pelvic nerve in her body inhibited her orgasms, making them no longer “incredibly emotionally meaningful.” After surgery to have the pelvic nerve restored, she became, as she describes it, a one-woman “control” group “as one of the few women in the world — as far as I know — to have, neurobiologically speaking, both had and then not had a vagina.” She recalls the ensuing restoration to full sexual consciousness in her typically flowery, heightened prose:

Sexual recovery for me was like that transition in “The Wizard of Oz” in which Dorothy goes from black-and-white Kansas to colorful, magical Oz. Slowly, after orgasm, I once again saw light flowing into the world around me. I began to have, once again, a wave of sociability pass over me after lovemaking — to want to talk and laugh. Gradually, I re-experienced the sense of deep emotional connection, of postcoital creative euphoria, of joy with one’s self and with one’s lover, of confidence and volubility and the sense that all was well in some existential way that I had thought I had lost forever.

Wolf explains this seemingly mystical experience as rooted in biochemistry. She writes in great detail about recent university studies that show how orgasm in women, more than in men, ideally sets off a wide and copious variety of feel-good hormones and chemicals that put women “in, potentially, a position of greater biochemical empowerment than men.” That includes triggering high-inducing dopamine, the same substance known to give a fix to those who use recreational drugs or run long distances.

Wolf’s writing resonates when she speaks of the need for women to learn more about their biology, citing studies pointing to a high amount of sexual dissatisfaction despite our “liberated” world. Our culture’s real “original sin,” she writes, is not respecting women’s sexuality.

The double-edged remedy that Wolf supplies, though, is for men to treat women as if they were goddesses. She invokes the tradition of two cultures in particular — “the India of the Tantrists, about fifteen hundred years ago, and the Han dynasty of China about a thousand years ago,” when “women were, for a time, elevated and enjoyed relative sexual freedom. These two cultures viewed the vagina as giving and sacred, and they believed that balance and health for men depended upon treating the vagina — and women — extremely well sexually. Both cultures appear to have understood aspects of female sexual response that modern Western science is only now catching up with.”

When it comes to her own religion, Judaism, she criticizes it as patriarchal – making a conscious deviation from the goddess worshippers before it. But she does elevate it above Christianity for at least being sex positive. She explains that the Hebrew Bible contains passages that “eloquently express female sexual desire. The Song of Songs contains many subtle metaphors for female arousal and orgasm. The Hebrew tradition had not promoted a mind-body split, and sex was still sacred within the confines of marriage: Rabbinical exegesis in the post-Exilic period insisted that a devout man must satisfy his wife sexually at least weekly, depending on his profession.”

Indeed, in line with that ethic, Wolf makes men a major focus of the book. A motivation is her belief that heterosexual women need men to continually “tend the fire” of their sexuality, both in and out of bed. She promotes to men a series of nonsexual acts, which she calls “The Goddess Array” (one of her many coinages), to perform throughout the day to relax the woman: from eye gazing to hair stroking, all connected to priming the female brain for intimacies to come.

This focus on men does not contradict her feminism, she writes; rather, it recognizes how women live in the real world: “Feminism has evaded the far more difficult question of how to be a liberated heterosexual woman and how to acknowledge deep physical needs for a connection with men.”

Wolf’s mission becomes more questionable as her investigation continues, and she enthusiastically promotes the work of some overly confident New Age healers practicing for large hourly sums. She is inspired by a workshop run in a shabby Manhattan hotel by a divorced couple serving as therapists; their mission is to teach men how to give 90-minute sexual massages to women’s “sacred spot” (recognized in modern times as the G-spot).

She relies most heavily on the teachings of a London practitioner, who holds private hands-on sessions with women around said spot, or does “yoni tapping.” That is, it’s mostly hands on; Wolf asks him if he ever has intercourse with his patients, and he answers that he does so only if it “is extremely therapeutic.” After reading about his boundary crossing, I found myself thinking that he would be the last person I’d ever want to touch my “yoni.”

In the end, Wolf puts women on a pedestal that can be costly to maintain. When she characterizes the vagina and cervix as inherently “other oriented,” she takes “essentializing” liberties that other feminist writers on female biology, notably Natalie Angier, the Pulitzer Prize-winning author of “Woman: An Intimate Geography,” have taken pains to avoid.

Wolf also glosses over the negative sides to the traits that she defines — and often overstates — as differences of “the female brain,” such as when she characterizes women as being more chemically “addicted” to sexual highs than men are, and as a result being naturally more obsessed with and intoxicated by relationships. For some that might mean a passionate brain; to others, it could indicate one of neediness and instability, requiring much use of Caller ID.

But still, Wolf’s overall underlying quest for respect for women’s sexuality somewhat redeems her book for me — although I know that for others, this won’t be enough. In contrast to certain Missouri Republicans, at least Wolf is trying to expand, rather than limit, women’s sexual experiences. And it’s refreshing to witness a high-profile, bold, absolutely unapologetic celebration of the spiritual side of sex in an otherwise porn-saturated, quick-fix culture.

“A culture that does not respect women tends to deride and mock women’s preoccupation with love and Eros,” Wolf writes. “But often we are preoccupied with the beloved not because we have no selves of our own, but because the beloved has physiologically awakened aspects of our own selves. Should we not, rather, be proud of who we are?”

Paula Kamen is the author of four books, including “Her Way: Young Women Remake the Sexual Revolution” and, most recently, “Finding Iris Chang: Friendship, Ambition, and the Loss of an Extraordinary Mind.”