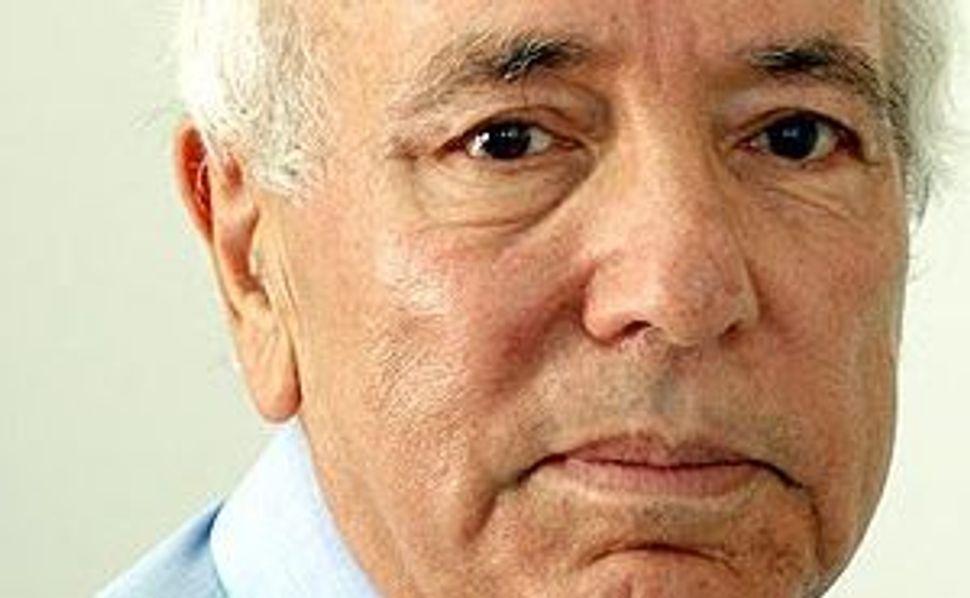 Editor’s note: This piece was originally published on September 22, 2012. It was republished on August 19, 2019 after Sasson Somekh’s death at age 86.

An expert on modern Arabic literature, Somekh is author of the 2007 memoir, “Baghdad, Yesterday: The Making of an Arab Jew.” In 2012, Somekh’s “Life after Baghdad: Memoirs of an Arab-Jew in Israel, 1950-2000,” translated by Tamar Cohen, was published by Sussex Academic Press. Like his former book, “Life after Baghdad” radiates intellectual warmth. Somekh points out the strong ties between some Jewish communities and the Arabic language, underlining the fact that such key texts as Yehuda Halevy’s “Book of the Kuzari” and “Maimonides’ “Guide for the Perplexed” were originally written in Arabic.

Somekh explains that as a young émigré to Israel, he was fascinated by Avraham Shlonsky’s translation of the novel “Colas Breugnon” by Romain Rolland which improbably was transformed into an “amazing Hebrew work — exciting and surprising in its innovativeness.” Modern political discord may distract from such cultural exchange, as when Somekh published an anthology of young Syrian and Lebanese poets translated into Hebrew just weeks before the outbreak of the 1973 Yom Kippur War. Yet a number of the contemporary authors whom Somekh studied were eager for détente with Israel. Of the Nobel-Prizewinning Egyptian novelist Naguib Mahfouz, Somekh writes: “Peace with Israel was a fundamental principle from which Mahfouz would not budge, despite the ostracism and scathing condemnation he suffered for several years.”

In a 1979 letter to Somekh, Mahfouz observed: “[Egypt and Israel] have known fruitful coexistence, in ancient times, in the Middle Ages. And in the modern period, while the periods of conflict and dispute have been few and far between. But to my great sorrow, we have over-chronicled the moments of conflict a hundredfold more than we have recorded long generations of friendship and partnership.”

Tawfiq al-Hakim, another noted Egyptian author about whom Somekh has written, showed the latter some hate mail he had received from his compatriots, wishing him to be buried in a “Jewish paupers’ graveyard” in Tel Aviv because he supported the peace process. “Life after Baghdad” contains many inspirational examples of authors showing courage by defying public opinion. As ideal translations should, it makes deserving writers look good.