The Way I Was 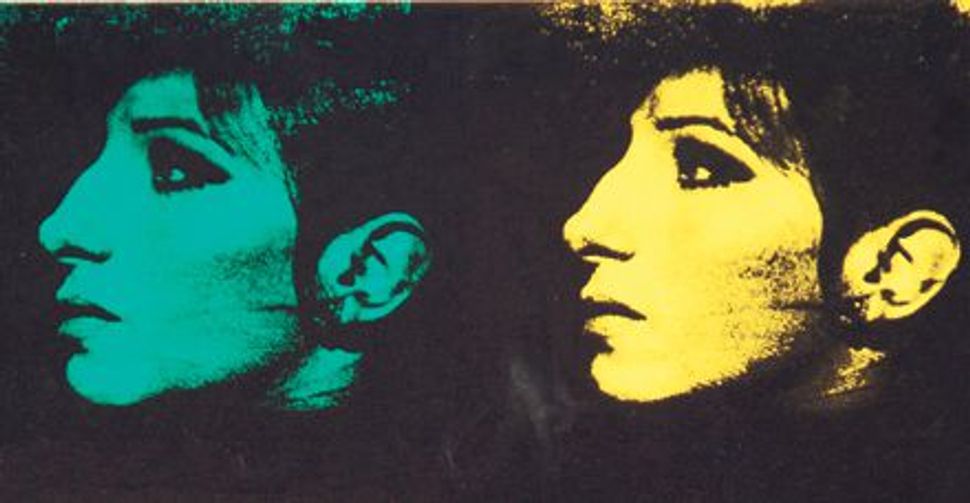 As a Jewish gay man, I know that Barbra Streisand should be a double icon. A strong woman with a knack for musicals, she’s in the gay pantheon right next to Audrey Hepburn and, l’havdil, Madonna. And for Jews, of course, she’s the one who made it big, and did it her way: no name change, no nose job, no hiding of the intense Brooklyn accent, and still she got to kiss Robert Redford (and Kris Kristofferson… and Don Johnson… and James Brolin… and so on). 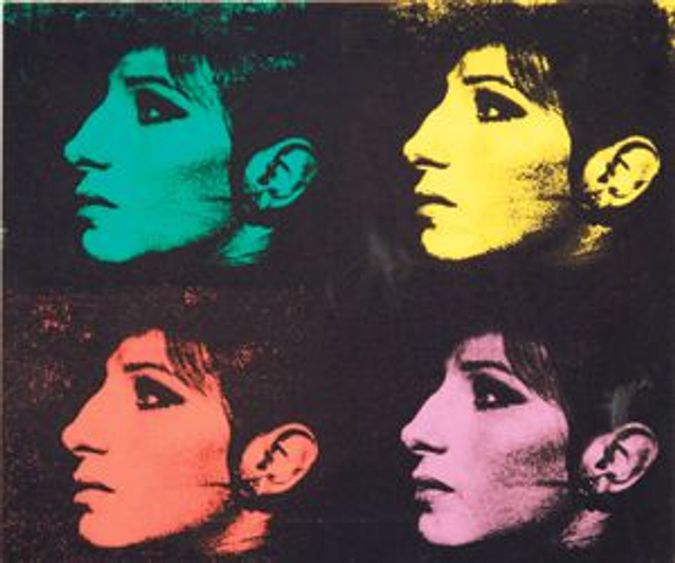 But can I make a confession? The first Streisand vehicle I experienced was “Yentl,” in 1983, followed by surreptitious listenings to my parents’ copy of “The Broadway Album” on vinyl. By the time I came of age, Streisand was past her prime, at least in terms of celebrity. Indeed, whereas today I look back on “Yentl” as perhaps the absurd apogee of her status as a gay icon — Barbra in drag! — at the time, it seemed like yet another Jewish movie. When it comes to Babs, I missed the boat.

This month, Streisand’s coming home to Brooklyn, performing five minutes away from my place in Park Slope. Yet, though Streisand will be close by geographically, she remains culturally distant. First, the home from which she came, and the one to which she is returning, is not familiar to me. Streisand’s Brooklyn and Barclays’s Brooklyn are each far removed from my own. The vanished, Yiddish-speaking Brooklyn of Streisand’s childhood exists only as a shadow of its former self in a few Hasidic enclaves and frum communities to the south. And the Barclays Center is the antithesis of all that’s good about the Brooklyn renaissance — the independent stores and restaurants, the diverse population, the locally oriented culture and food and music — and represents an odious corporate onslaught that reeks of Manhattan.

Moreover, I’ve had to get my Streisand knowledge all on my own. I had to learn about Streisand as history: first in books and videotapes, now on YouTube and Wikipedia. Queer icon Quentin Crisp once remarked that people get stupid wholesale and get wise retail. Certainly that’s been my experience, not just with Streisand, but also with a host of other gay and Jewish icons, as well. By the time I was old enough to appreciate them, Mel Brooks and Woody Allen had already produced their most famous work. And if I can confess my gay-Jewish sin here, in the spirit of the recent holiday season, I still haven’t seen “Funny Girl.”

I’m blending the Jewish and the queer here for several reasons. Let’s start with Streisand’s own very Jewish queerness. First, she, like Bette Midler, got her start playing seedy gay clubs and bars. Second, and more important, her refusal to conform to Hollywood standards of beauty marked her as Other: not just the nose, but also the Jew-fro (at least throughout the 1970s), the accent and the other markers of Jewishness. She stood out, and demanded to be seen as she was. Finally, there’s the gender-bending. Streisand is tough, that’s obvious; everyone knows that she’s not going to take any crap from anyone. Predating Madonna by two decades (and Lady Gaga by four), she took charge of her own career, and refused to play damsels in distress. Barbra Streisand is a strong woman in an industry dominated by macho men. She didn’t need a costume department to dress like a yeshiva boy (although, Honey, that drag just does not pass…); she’d already worn the pants in her life for 20 years.

Is this Jewish? Is it Brooklyn? Is it queer? Yes to all three. Really, one of the things I’ve never understood about Jewish homophobia is how it coexists with millennia of Jewish queerness. Strong mothers and bookish fathers. A religious legacy of “not by might, not by power, but by spirit” — complete with biblical narratives of wimpy younger boys triumphing over their bullying older brothers. And if you’ve read your Naomi Seidman, you already know about pervasive gender-bending and homosocial love in Yiddish literature and culture. I didn’t need Queer Theory and the Jewish Question or Daniel Boyarin’s books to make the Jewish-queer link explicit: I lived it in day school.

By way of contrast, Streisand is often mentioned in the same breath as Frank Sinatra, one of the few other cultural icons to sell so many records, act in so many big movies and also do it his way. Sinatra, too, didn’t change his name, didn’t hide his Italian-boy-from-Jersey roots. But Sinatra was a man’s man. He boozed a lot, fought a lot, bedded a lot of women, and his politics were (eventually) red-blooded Republican. I love his early crooner records, made when he was a kind of teenage idol, all dressed up to be safe for the bobby-soxers. But the mature Sinatra, the swaggering one — I respect him, but I can’t get close to him.

My lack of Streisand connection, I think, points to a gap in Jewish culture. Religious Judaism replicates its memes (to use the language of noted atheist Richard Dawkins) extremely well. In mid-September I witnessed my nephew ascending the bimah to watch the sounding of the shofar on Rosh Hashanah. You can’t fake that kind of cultural-religious-emotional immersion. It’s in his kishkes now, and his Yiddishkeit is there to stay.

But when it comes to cultural Judaism — let alone queer cultural Judaism — we’re back to Crisp: wholesale ignorance, and retail education only if you’re motivated enough to find your own way. I wish we could have cultural Jewish bar mitzvahs along with the religious ones, plus additional celebrations for lesbian and gay kids, for Sephardim, for any Jews who otherwise might not know their own history. Imagine the gifts! Instead of the Kiddush cup from the Men’s Club, there might be a Mel Brooks DVD collection, or maybe Sid Caesar — plus Dylan, Leonard Cohen, Woody Allen. And instead of the candlesticks? Well, of course: a whole shelf of Barbra.

Jay Michaelson is a contributing editor of the Forward. He is the author of “God vs. Gay?: The Religious Case for Equality” (Beacon Press, 2012).

The Way I Was