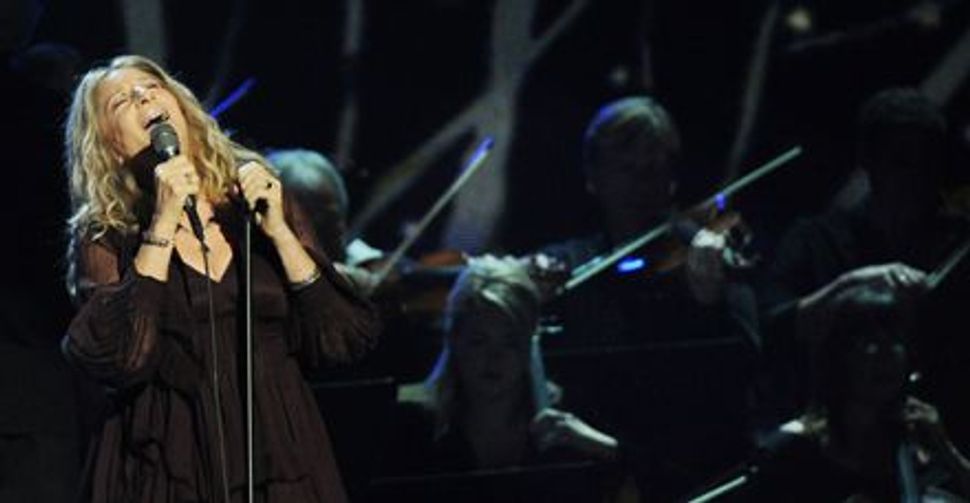 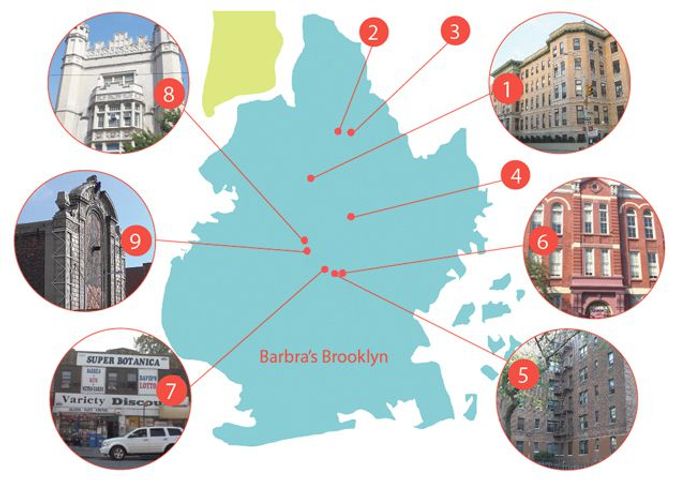 Image by Photos by Eileen Reynolds

Barbra Streisand has a doll shop in her basement. Part of an old-timey underground “street” — complete with clapboard storefronts and faux-stone walls — built beneath the dream home featured in her 2010 coffee table book, “My Passion for Design,” the showroom for antique playthings fills a void from Streisand’s childhood: “I never played with dolls as a child because I didn’t have any,” she wrote. “I used to fill a hot water bottle with warm water and pretend it was a baby.”

The water-bottle doll story is just one of a handful of chestnuts Streisand has tossed out over the years to describe her hardscrabble upbringing in the Bedford-Stuyvesant and Flatbush neighborhoods of Brooklyn: “Couches to me were, like, what rich people had,” she told Life magazine in one oft-quoted 1964 interview. In 1966, in Look magazine, she recalled: “I always wanted to be out of what I was in. Out of Brooklyn. I had to get out.”

Was the diva’s upbringing really as grim as she makes it sound? We’ll probably never know. But Streisand did “get out,” of course. In October, after a half-century spent performing anywhere but her native borough, Streisand returns to Brooklyn to perform at the Barclays Center, just blocks from where she was raised. Here, in honor of Streisand’s homecoming, is a tour of her old haunts — from the yeshiva where she sang her first concert to the Chinese restaurant where she first tasted moo shu pork.

There’s beauty in these streets, too, Barbra.

Babs was born here! In their daughter’s birth announcement, on April 24, 1942, Emanuel and Diana Streisand took “much pleasure in announcing the rather expected and hoped-for arrival of Barbara Joan (a cute little trick even if they must say so, weighing 7 lbs. and 5 oz.),” so said the birth announcement her parents wrote. Note the second “a” in the first name: Streisand made the switch to “Barbra” when she was a teenager and had started to perform in Manhattan’s Greenwich Village. As a newborn, she stayed in the hospital 10 days. It has since closed, and the building has been converted to apartments.

This nondescript brick building is where Streisand lived as a baby with her parents and her older brother, Sheldon. Her father, an English teacher at the Brooklyn High School for Specialty Trades (now defunct), had moved the family here from a one-bedroom apartment 10 blocks west (at 163 Ocean Avenue), in anticipation of her grand entrance. Eager for extra income to support his growing family, he also taught at a yeshiva at 656 Willoughby Avenue in the afternoons. The family’s happiness didn’t last long, though. In June 1943, Emanuel Streisand took the family upstate to Camp Cascade in Highmount, N.Y., where he had a summer job as head counselor. On August 4, he died in the hospital there after a doctor injected morphine into his neck to treat an epileptic seizure.

After her husband’s death, Streisand’s mother took her children back to Bedford-Stuyvesant, the neighborhood where she was raised, and moved into her parents’ one-bedroom apartment. This was the place that Streisand later complained lacked couches: She shared a bed with her mother in the living room, while her brother slept on a cot in the dining room. It was also here that she met Tobey Wander Borokow, a kindly Austrian-born neighbor who knitted her clothes for her water-bottle baby doll. Streisand, who has always said that she didn’t receive a lot of love from her mother, spent her days downstairs in Borokow’s apartment, glued to the 7-inch television.

In the fall of 1947, Streisand started attending grade school at the yeshiva where her dad had once taught. She liked to infuriate her teachers by yelling the word “Christmas,” and it’s here that she had her first public singing appearance, in the spring of 1949 at the parent-teacher association assembly. Today, this address is home to the Aguadilla Day Care Center.

Around the time Streisand got her first taste of the limelight, her mother began courting another kind of attention. Thinking of remarriage, she began dating, and in April 1950 she found herself pregnant by an Orthodox Russian immigrant named Louis Kind. After some coaxing, Kind agreed to marry her. He got the family a new place back in East Flatbush. Streisand’s half-sister, Rosalind, was born on January 9, 1951. The rent for the new apartment was $105 a month.

Streisand didn’t love the place, and she hated her stepfather, but there was a silver lining: Nearby Nostrand Avenue was home to an outpost of the beloved Ebinger’s bakery chain.

As a fourth-grader, Streisand enrolled in the public school across from Vanderveer Estates. An “A” student who sang in the school chorus, she formed a trio with a couple of twins, Marilyn and Carolyn Bernstein. The three girls called themselves Bobbi and the Bernsteins and sang pop songs on the playground. After Streisand was placed in P.S. 89’s Intellectually Gifted Opportunity Program, she started smoking Pall Mall cigarettes.

In 1953, at the age of 11, Streisand began baby-sitting for the daughters of Jimmy and Muriel Choy, her upstairs neighbors, for 35 cents an hour. The couple owned a Chinese restaurant, where Streisand persuaded her mother to let her begin working when she was just 12. Streisand loved the Choys and their restaurant’s treyf delights, and her mother couldn’t afford to turn down the 60 cents an hour that she earned there. The family became even more strapped for cash when, on May 14, 1956, Louis Kind left and took a room at the Saint George Hotel on Clark Street.

September 12, 1955, was Streisand’s first day of high school. Among the highlights of her Erasmus Hall career were a 93.5 freshman grade-point average; “dance gym,” in which girls wore leotards, ballet slippers and long nails and learned modern dance instead of playing sports, and Choral Club, in which Streisand sang as a member of the ensemble but never scored a solo part. She graduated, at the age of 16, on January 26, 1959. Almost immediately afterward she left Brooklyn for Manhattan, moving with a friend into a tiny apartment at 339 West 48th St.

In her early teenage years, Streisand began walking the three blocks from her school to spend her afternoons at the grand Flatbush Avenue movie house, which had shown its first film in 1929. She initially walked there after school for the ice cream and the grand staircase, but she fell in love with the movies, devouring everything from old Italian films to musicals and Jerry Lewis comedies. “Guys and Dolls,” starring Marlon Brando, was a particular favorite. The theater, which showed its last film in 1977, is slated to reopen as a performing arts center in 2014, following a $70 million renovation. If the Barclays Center shows go well, perhaps Streisand can be convinced to give an encore here.

Eileen Reynolds has written for such publications as The Believer, NYU Alumni Magazine and newyorker.com.