The Streisand Has Two Faces 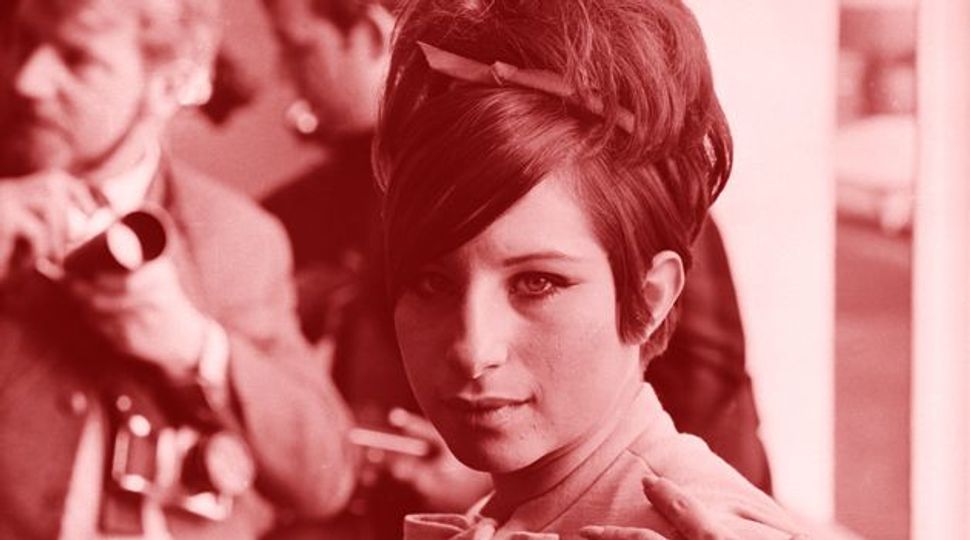 Rose Tinted: Over time all the people who had contributed to Streisand?s success were ?airbrushed out of her biography.? Image by getty images

It was hardly an accident that 22-year-old Barbra Streisand seemed to embody the comedian Fanny Brice so perfectly in the 1964 Broadway musical “Funny Girl.” According to celebrity biographer William J. Mann, the role was deliberately tailored to fit her — after she had tweaked her own image to win the part from a producer, Ray Stark, who happened to be married to Brice’s daughter.

In the case of “Funny Girl,” life and art borrowed from each other, to spectacular effect. The show and subsequent movie made Streisand a cultural icon — a status that, at 70, she has yet to relinquish.

Mann, the author of well-regarded biographies of Katharine Hepburn and Elizabeth Taylor, reminds us that Streisand’s success didn’t involve decades of anonymity and struggle. By any reasonable standard, her ascent from wannabe actor to nightclub singer to award-winning stage, screen, television and recording star was meteoric.

But Streisand’s celebrity was not quite as sudden as it seemed, and neither luck nor talent alone could have guaranteed it. In “Hello, Gorgeous: Becoming Barbra Streisand,” Mann depicts not just her ferocious ambition and equally fierce insecurities (no surprises there), but also the people and strategies that enabled her rise. With many of those acolytes and assistants as sources, Mann provides an intimate, gossipy and sympathetic account of early Streisand that still manages to stop short of hagiography.

Telescoping her unhappy childhood and her long post-“Funny Girl” career into a few brief pages each, Mann concentrates on the five-year period after Streisand’s departure from the modest Brooklyn apartment that reeked of both unresolved mother-daughter tensions and the kale that Streisand’s mother used to make chicken soup.

Diana Rosen Streisand Kind had been an aspiring singer, accepted at one point into the Metropolitan Opera’s chorus. But Rosen’s father, an Orthodox cantor (yet another generation of musical talent), “objected to how late she got home, so that was the end of that,” Mann reports. Instead, Rosen married the intellectually inclined Emanuel Streisand, a teacher. But he died of respiratory failure after a morphine injection for epilepsy, leaving behind a son, Sheldon, and 15-month-old Barbara Joan.

After getting pregnant, Streisand’s mother was married again, this time to a reluctant Louis Kind. Mann describes him as a coarse philanderer who hit his wife and told his stepdaughter that she was ugly. Diana eventually got divorced, but the damage was done. For some reason, she was always hard on her daughter, expressing her pride only to friends; as Mann poignantly describes, the two never seemed emotionally in sync.

With no real father figure and a less-than-adoring mother, Barbra (she dropped the second “a” to stand out) was driven by the voracious need for approval that bedevils, and inspires, many performers. By 16, she was living in Manhattan, taking acting lessons and meeting a series of gay men who would help shape both her personal style and musical repertoire — among them Terry Leong, who took her thrift-store shopping, and Bob Schulenberg, who did her makeup.

Mann gets very close to the young Barbra, thanks to sources such as Schulenberg and Barry Dennen, who was probably her first lover. Dennen reports that he introduced her to a range of musical influences and suggested that she enter talent contests at a gay club, the Lion; she won repeatedly, launching her singing career. Dennen, an aspiring actor, helped select, arrange, and orchestrate her songs.

Their relationship, as he recalls it, revolved around Streisand and her ambitions. When he performed in a play in Central Park, Streisand never managed to find time to see him — an act of negligence that apparently still rankles. Mann attributes the lapse to her “usual self-absorption.”

Whatever his excuses, Dennen, Mann tells us, broke Streisand’s heart. She walked into their shared apartment one day to find him in the arms of a man. Their relationship, unsurprisingly, never recovered.

Fortunately, Streisand proved adept at finding mentors — from her acting teacher, Allan Miller, to the sympathetic Phyllis Diller, who, despite her frowsy image, was a fashion maven who took her protégée clothes shopping. As Streisand moved on to more prominent nightclubs, she attracted such celebrity fans as Orson Bean, who helped introduce her to television audiences. She was impressive enough in auditions to land the part of the put-upon, spinsterish secretary Miss Marmelstein in the 1962 Broadway production of “I Can Get It for You Wholesale,” even though the role was written for someone middle-aged.

That production marked a turning point in her life, as well as in her career. It introduced her to leading man Elliott Gould, who pursued her, adored her and eventually married her, even as he struggled with his own career. (They divorced in 1971.)

Streisand campaigned actively to win the role of Fanny Brice in “Funny Girl.” By then, she had a crackerjack manager, Marty Erlichman. With his backing, her first publicity team, the Softness Group, and their successor, the better-connected Lee Solters, persuaded her to present herself as “Barbra the Kook” — an image underlined by her thrift-store attire and rambling, jokey responses to interviewers. One particularly brilliant publicity tactic was to persuade “a mostly phony organization” called the National Association of Gag Writers established by comedy writer George Q. Lewis for promotional purposes, to bestow on Streisand an entirely invented prize: the Fanny Brice Award.

Mann’s account of the development of “Funny Girl,” with its rotating cast of directors (Jerome Robbins was replaced by Garson Kanin and then reinstated), would make a great backstage musical. In another conflation of art and life, Streisand embarked on an affair with her debonair co-star, Sydney Chaplin (one of Charlie Chaplin’s sons), who was playing Brice’s gambler husband, Nick Arnstein. When Streisand broke off the tryst, the couple’s onstage chemistry went from hot to decidedly not. But her performance, traversing the spectrum from shtick to tragedy, was hailed as a triumph.

The storyline associated with Streisand’s stardom, Mann writes, is that she was “a once-in-a-generation talent discovered like a glittering pearl in the brackish oyster beds of Brooklyn.” Over time, Mann writes, all the people who had contributed to her success, from “Wholesale” director Arthur Laurents on down, were “airbrushed out of her biography.” “Hello, Gorgeous” is their mostly affectionate revenge.

The Streisand Has Two Faces