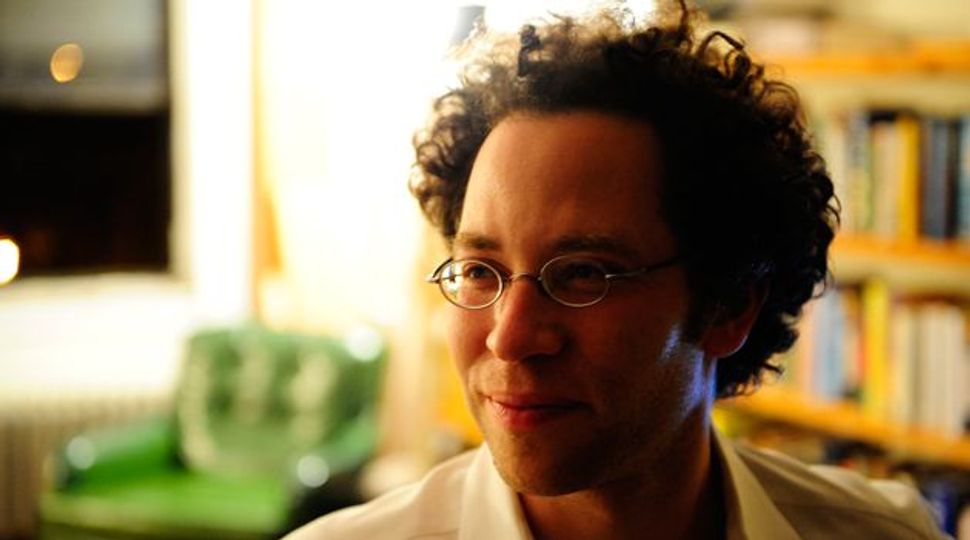 Marco Roth’s childhood was privileged, pampered and precocious. He entertained guests in his family’s duplex on Central Park West by playing the violin and reciting Jean de La Fontaine’s fables in French. Twice a week he visited his psychotherapist. Roth’s father was a medical researcher, his mother a pianist and their only child “the center of our family life.” Roth might have aroused the envy — or contempt — of boys who attended more plebeian institutions than The Dalton School, who never heard Michel de Montaigne discussed over dinner and whose fathers were not considerate enough to give them their first condoms, if not for a dark family secret.

The opening pages of Roth’s memoir, “The Scientists,” depict the kind of bright, neurotic Jews on Manhattan’s Upper West Side who inhabit “The Royal Tenenbaums” and J.D. Salinger’s stories about the Glass clan. Robert’s great-grandfather had sold rags from a pushcart on the Lower East Side, but when the business morphed into the Van Heusen shirt company, Roth’s grandfather was able to live sumptuously on Park Avenue. An assimilationist who sought to erase traces of an immigrant background, Eugene Roth named his son, Roth’s father, Eugene Roth Jr., “a deliberate affront to Jewish custom.” That son resented being cast as a mere appendage to a domineering opportunist, and his filial rebellion came in the form of learning Yiddish and — briefly — turning Orthodox. For Marco Roth, however, raised to scorn Philistine displays of wealth and status, Jewishness figures only in rivalry among cousins over reading the Haggadah in Hebrew.

Though his father has suffered from a variety of ailments for as long as the boy can remember, Roth adores him. A scientist determined to defeat malaria, he is also a humanist passionate about high art. When Roth is 14, his father confides a shocking personal secret: He is dying of AIDS, contracted eight years earlier, when the needle he was using to extract blood from a sickle cell patient slipped and pierced his skin. It is the height of AIDS hysteria, and Roth’s father makes his son promise never to reveal their secret to anyone. His father’s condition deteriorates, and one day, after summoning Roth to bid farewell, Eugene Roth Jr. takes a lethal dose of sodium cyanide.

Throughout his studies, travels, friendships and romances, Roth, who co-founded the magazine n+1, is burdened by knowledge of his father’s fate and doubts about whether confiding in a friend constituted betrayal. But in 1999 he is forced to re-examine everything. His father’s sister, a professional author whom he identifies as only Aunt Anne (she is in truth Anne Roiphe), publishes a memoir, “1185 Park Avenue,” in which she hints that Marco’s father was a closeted homosexual. Shocked into considering the possibility that his father might have contracted HIV not, as he claimed, from an errant needle but from an encounter with another man, Roth confronts his aunt. Refusing to elaborate, Anne tells him, “He’s your father as well as my brother and one day you’ll tell the story in your own way, if you want to.” “The Scientists” is a belated response to that challenge, a counter-memoir that is the story of a mopish man who attempts to overcome his “habit of failure” by seeking out the truth about his late, elusive father.

Roth’s quest is fortified by his father’s belief in “the power of scientific information”; however, Roth has also inherited a genetic melancholy, a conviction about the futility of human effort that he associates with the mutual interest that he and his father have in modern fiction. He sets about methodically trying to understand his father by examining the books that Eugene Roth Jr. shared with him. Doleful European bildungsromans of alienation and suffering, they include Thomas Mann’s “Tonio Kröger,” Ivan Goncharov’s “Oblomov,” Samuel Butler’s “The Way of All Flesh” and Ivan Turgenev’s “Fathers and Sons.” Reading these books as a way of reading his father and himself, Roth, who earned a doctorate in comparative literature from Yale University, observes, “My education in unhappiness seemed almost designed to stub my existence into a cycle of joyless, half-finished, poisoned encounters.” Though Roth acquires further clues to the mysteries of his father’s life, his quest is inconclusive. Yet, to the extent that lucid, self-lacerating prose can break a cycle of frustrations, “The Scientists” is a literary triumph.

Steven G. Kellman is the author of “Redemption: The Life of Henry Roth” (W.W. Norton & Company, 2005) and “The Translingual Imagination” (University of Nebraska Press, 2000).