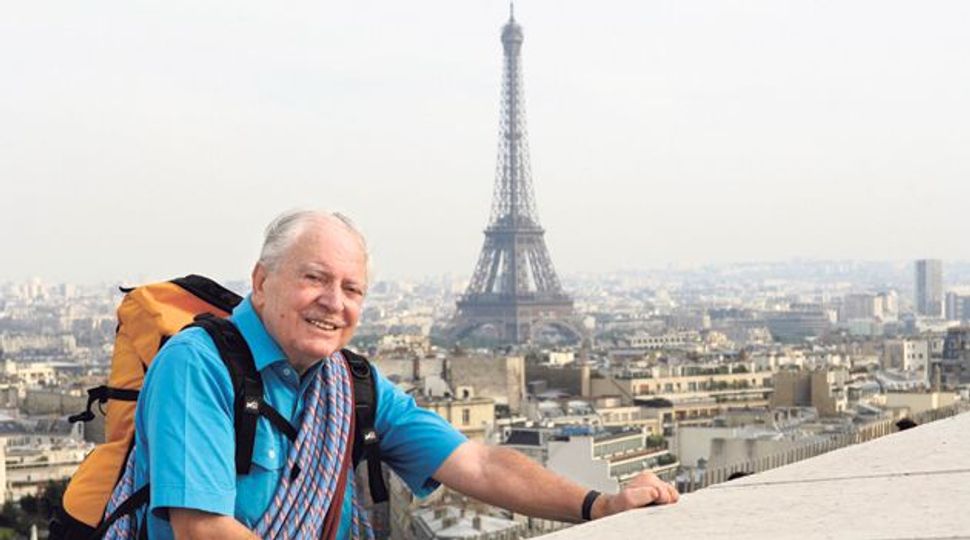 Born in Lyon, France, in 1919, the legendary mountaineer Maurice Herzog was the leader of a 1950 expedition that was the first to conquer Annapurna, a peak that is part of the Himalayas in north central Nepal. Returning with frostbite that necessitated the amputation of his fingers and toes, Herzog wrote “Annapurna: First Conquest of an 8,000-Meter Peak,” the classic 1951 account of his adventure.

“Annapurna” has sold millions of copies and is often termed the most influential book ever published on mountaineering, even if its grandiose style reportedly helped inspire “The Ascent of Rum Doodle” by W. E. Bowman, a 1956 British novel that parodied vainglorious mountain memoirists.

Decades later, Herzog’s account was challenged by critics, who claimed that it was self-serving and that it minimized the contributions of other members of his team. David Roberts’ “True Summit: What Really Happened on the Legendary Ascent of Annapurna” (2000) described Herzog, a former French Resistance fighter, as an adventurer thirsty for glory first and foremost and a mountaineer second. The eminent climber Gaston Rébuffat, who was part of Herzog’s expedition, told interviewers that Herzog’s book overlooked the contributions of his guide, Louis Lachenel, to the point of crediting to Herzog photos of Herzog taken at the mountain’s peak that had actually been taken by Lachenel.

To readers around the world unaware of such disputes, Herzog is still an icon, and to them, “A Hero,” written by his daughter Félicité and recently released in France, may rival the shock of a mountain avalanche. Félicité, a director of development at French nuclear energy conglomerate Areva, calls her book a novel although none of the names or, indeed, any of the facts have been changed to protect anyone. This summer, during an appearance at a Paris bookstore, Félicité Herzog referred to her book as an “autobiographical novel, but a novel all the same.” There may be an element of charity in classifying “A Hero” as a novel. It’s written in a freewheeling, vivacious prose style with a dollop of sarcastic gusto. For example, a typical ex-girlfriend of her father, a serial adulterer, is described here as “an adept of Big Hair” (with the words “Big Hair” in English).

In the novel, Félicité describes her ambitious father’s trajectory post-Annapurna: He was appointed France’s Minister of Youth and Sport from 1958 to 1963, in the government of Charles de Gaulle, and was later elected mayor of the alpine town of Chamonix-Mont-Blanc. For a quarter-century starting in 1970, he served as a member of the International Olympic Committee. Still, for Félicité something about her father “wasn’t genuine.” An especially low point was when he praised the far right French politician Jean-Marie Le Pen to her as “an exceptional, I’d even say marvelous, fellow.” Félicité retorted: “You find someone who called the extermination of the Jews a ‘mere detail’ of history… a marvelous fellow?” Her father responded by inviting her to a society dinner where Le Pen was an honored guest, and she watched with dismay as Herzog nodded approvingly while the politician held forth.

“My father wasn’t a father,” she writes. “Beyond the fabulous legend which he created for himself, which he fought to preserve every step of the way, he behaved as if he had no wish to hand anything down.”

This refusal to mentor his children especially affected her brother Laurent (1965-1999), a promising young university student who was afflicted with mental illness. After repeated psychiatric internments, Laurent died prematurely of a heart attack. Félicité writes that Herzog despised Laurent and was unable to recognize that he was struggling with a “malady of Himalayan dimensions.” To his sister, Laurent was a “hero with such a sweet smile, a mental invalid who fought an ultimate battle in spite of himself.”

By identifying her unfortunate brother as a more genuine hero than her famous father, the author locates integrity in a family unit otherwise splintered by tragedy and domestic discord. (Married in 1964, her parents would divorce a dozen years later.) There was another valorous spirit in the Herzog family, according to “A Hero.” Félicité’s mother, Marie-Pierre de Cossé-Brissac, was born in 1925 to an anti-Semitic French family of noble standing. When she was young, Marie-Pierre’s father informed her about her romantic future: “Do anything you like, but don’t marry a Jew. We’re one of the only families of the French nobility not to be Jew-ridden.” During the Nazi Occupation, Marie-Pierre’s mother approvingly gave her “Mein Kampf” to read and took her to the notorious anti-Semitic exhibit “The Jew and France” in 1941.

Despite the fact that her mother hosted high society parties for Nazi collaborators, Marie-Pierre was never indoctrinated. In 1945, she fell in love with Simon Nora, a French Jewish Resistance fighter (and brother of the eminent historian Pierre Nora). Her family reacted by having her interned in a Swiss psychiatric clinic, from which Nora and some of his Resistance comrades liberated her on the day of her 21st birthday. In January 1947, they were married, whereupon Marie-Pierre de Cossé-Brissac’s family disowned her. Her first marriage would last only seven years (she and Nora were divorced in 1954), and when she decided to remarry, she again chose a Jewish partner. Yet, Maurice Herzog, whom she wed in July 1964, enjoyed the status of a national hero and was a minister in a right-wing government, which made him more acceptable to Marie-Pierre’s parents.

Admiring her mother’s defiant philosemitism, Félicité depicts a woman of heroic resolve. As matriarch of a literate and, indeed, literary family, Marie-Pierre published a fictionalized recollection of her family’s wartime Nazi collaboration in the 2005 novel “The Ruby.” She has also written an autobiography, “Autumn Memories,” poignantly recounting the loss of her son Laurent, published in 2009. Maurice Herzog, for his part, has remained silent of late about his family’s private life, and readers should probably not expect any impassioned reply to his daughter’s “A Hero.” After all, “Pirkei Avot,” the tractate of the Mishna that is often translated as “Ethics of the Fathers,” offers one definition of a hero as someone who “controls his passion.”