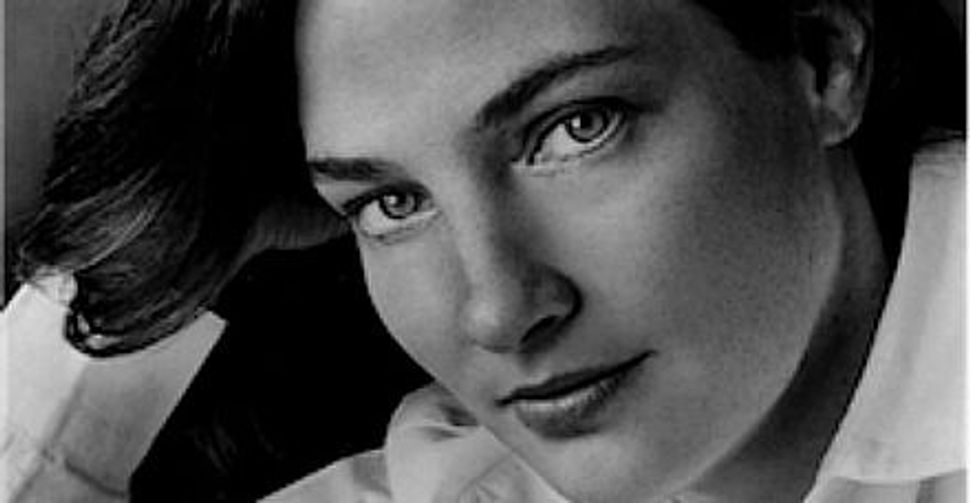 When A.M. Homes and I sat down to lunch at Buvette, a packed cafe on Grove Street near her home in New York City’s West Village, to discuss her new novel, “May We Be Forgiven,” she referred to it as “a midlife coming-of-age novel.” That may make her book sound sweet or languorous, but it actually is neither: Set in the 1970s during the Nixon administration, it’s a big, meaty novel that bravely takes on themes of warring brothers and faith and responsibility in a wildly imperfect world. 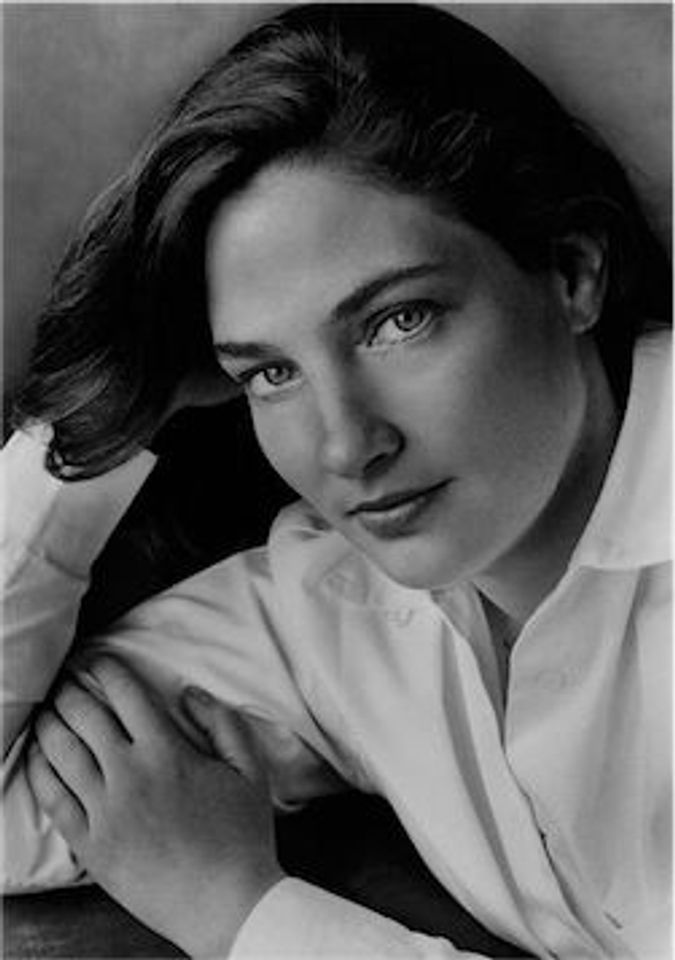 When Harry Silvers’s brother George is arrested, Harry has to manage the family and the responsibilities his brother has left behind. And while it is a high-octane and satirical novel, it is also Homes’s most personal, and certainly her first to take on the complex issues of faith that she still grapples with in her own life.

Homes and I both grew up in Chevy Chase, Md., just outside Washington, D.C. We both went to Bethesda-Chevy Chase High School, and while we didn’t know each other at the time, we lived a few blocks from each other and attended High Holy Day services at Temple Sinai. I left suburban Maryland at the end of the 1980s, Homes in the late ’70s, but we both had the experience of growing up near the powerbrokers of Washington.

“I think D.C. was an odd place to grow up,” Homes said. She still has a spray of summer freckles, and seemed relaxed as we sat at our corner table. “We really would see the Nixon girls in Saks, shopping for shoes. Once, when Bush [Sr.] was in office, I was in Wagshal’s in Friendship Heights, trying to order a turkey sandwich, and the Secret Service came in with machine guns because George Bush loved Wagshal’s and he wanted a sandwich. People had guns pointing at us. Talk about surrealism. But Nixon was always an outsider. I don’t think he’d be elected today. There is a charisma factor, which has a lot to do with television. Nixon felt he won the debate with Kennedy, as did the people who listened to it on the radio. Not so for the people watching on television.”

I learned about the Nixon-Kennedy debates from the same American history teacher as Homes: Mr. Mullaney, who also ran the yearbook, led most school ski trips and documented our daily lives with his ever-present camera, showing his photographs during slideshows at school dances.

“So is Harry, who is sort of bumbling and is being divorced by his wife, and also ousted at his university, a Nixonesque character?” I asked Homes.

Harry is coming of age in midlife.”

It’s interesting that an unlikable, stalled character such as Harry can bloom and thrive in the pages of a novel. And one of the ways Harry transforms is through faith.

“I personally have always been interested in religious life, spiritual life and in belief,” Homes said as our eggs, steamed and piled high, arrived. “And then, watching the events of 9/11 from my window, seeing for the first time my reality, my very groundedness, so disrupted by something I could never imagine, made me think about our responsibility and our relatedness to each other. I went to the Javits Center for Yom Kippur services, a place where everyone can go to and you don’t need a ticket, and there were thousands of people. The rabbi talked about our relationship to each other, to the larger world, and how to handle dissent. The Jewish religion talks a lot about how it’s not just the individual, it’s the community. I think about Yom Kippur, how you’re asking God for forgiveness but you’re also asking other people for forgiveness. ‘May I be forgiven?’ we ask. I find that service particularly moving… I like asking for that forgiveness. You are talking to yourself about what you might have done differently.”

Just then, during our conversation, the actor Jake Gyllenhaal entered the cafe (I knew this because Homes told me so). He was bright and shining, but nobody else seemed to notice him, so we just continued talking. “It was a risk to put myself and those thoughts out there, but I also thought that this mattered a lot to me,” Holmes said.

When I asked her why it was a risk, she said: “Because there are pieces that are very personal. There’s a section of the book where Harry and his niece and nephew go to South Africa; they are on a spiritual quest. They feel unwanted by their temple, his bar mitzvah is a right of passage, and that village in South Africa is important. And that is a very moving thing to me.”

One of the signatures of Homes’s work is that she doesn’t weigh in; she simply writes thought-provoking — even shocking — prose, and then lets the reader have at it. It is a remarkable feat to allow room for the reader to be engaged in a story but not let that reader know if the author is skewering or celebrating a character, say, or a place, or a time of life.

“[The question of] am I making fun or being serious is a valid one,” Homes said. “Here, I’m celebrating it but I want to find the comedy and the absurdity in it. But I’m not mocking it. The absurdity is part of our experience. It’s easier to be serious if you’re also funny. If it’s written straight with no wink, it would be just a lot.”

Allowing a reader laugh in the face of tragedy does not make for a comic novel, but it does let a writer confront ideas and events that might be, without a trace of comedy, unbearable to the reader. I think of the great Grace Paley, whose every sentence is infused with joy and sadness.

“Yes!” Homes said, smiling when I mentioned Paley. “Grace was my teacher at Sarah Lawrence; I transferred there to study with her. I loved her. You’d go to talk to her in her office, and she’d be up on the radiator; or she’d be rolling on the floor, trying to get at a torn hem. She was one of the first teachers, aside from being brilliant, who was incredibly generous. She’d offer ideas, and you could take them or not. And she was very smart, but homey, down to earth, not a big ego. Also, she didn’t believe men had to be the villains in order to give women power. People think that to be a feminist you need to not love men. She was truly a feminist and she adored men.”

While most women writers, as accomplished as they may be, Paley included, are largely compared with one another, Homes seems to have escaped this. It is a wondrous feat, in my opinion.

“It’s complicated,” Homes said. “Actually, it goes back to something Grace said to me. Women have always done men the favor of reading their work, but men have not returned that favor. That’s true. I have tried to stay out of the debate, and because of what I write and my life, I’m slightly an outsider in both camps, which alienates me. Women writers are supposed to write domestic books for other women to read. Male writers are supposed to write broad social novels. The great American novels. But when the bookstores became categorized, there was fiction; there was women’s lit; there was black lit. We got away from, ‘Here are the novels.’ It’s a problem. Women’s books don’t get reviewed as much, but men don’t even notice it; it’s not on their radar. It’s like what Grace said: They don’t return the favor.”

As the waitress took away our embarrassingly clean plates, Homes and I went back to the subject of her youth. “I grew up in this family where a 9-year old boy had died,” she said. “And I always felt that ghost was a piece of how I see the world. Remember those skinhead wigs? I’d wear that and my father’s suit; that’s what I wore for Halloween.”

I try to picture Homes as a child trick-or-treating in our old neighborhood, filled then with children fanning out along the peaceful, darkening suburban street. I think about the ghost of Richard Nixon, who loomed over our childhoods and our city. Watergate was an actual place to us; we drove by it on our way to the Kennedy Center or the Natural History Museum. I think about Homes, tiny in her father’s old suit, her hairline erased, and I think of the flawed characters in “May We Be Forgiven,” desperate to forge new bonds out of broken ones as they redefine notions of family and fulfillment and commitment.

“I think about a lot of the qualities of personhood,” Homes said before we packed up to leave. “What makes someone a good person, a good Jew. I wanted this book to be a big story about finding connection, and someone coming to life who had not been a life before.”

Jennifer Gilmore is the author of the novel “Something Red” (Scribner, 2010). In April 2013, Scribner will publisher her third novel, “The Mothers.”