Don’t Know Much About Semitism 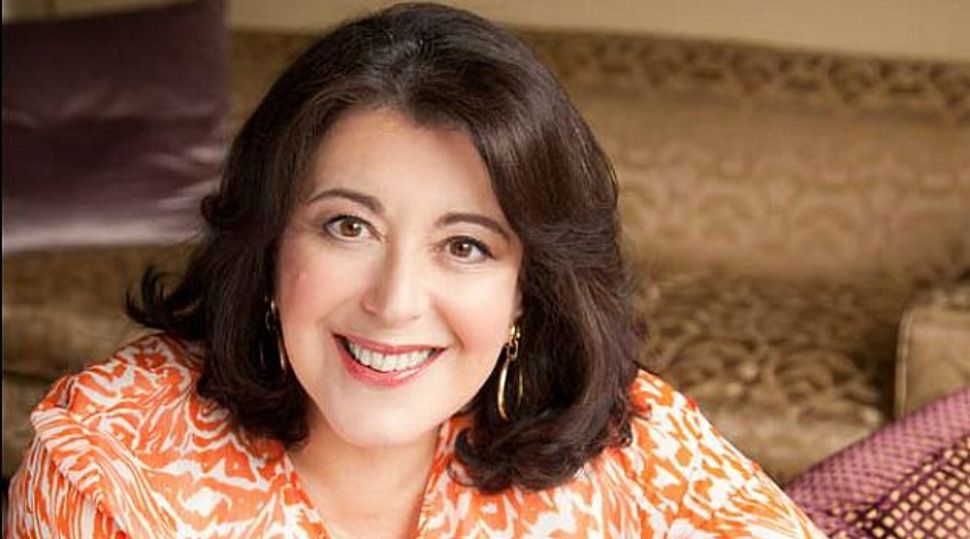 Assimilated Author: Susan Isaacs grew up in a less-than-observant home, but coming late to the party informs her Jewish fiction. Image by Courtesy Susan Isaacs

I came from such an assimilated family that our clam chowder was Campbell’s. Nevertheless, I was raised with certain traditions. There was the “No Slacks on Yom Kippur” rule and the “Seder at Aunt Sara and Uncle George’s.” If my family had settled in Dallas or Indianapolis, we might have easily melded into America, but we lived in Brooklyn, surrounded by people whose holiday practice did not include a Christmas party under a tinseled tree.

My ignorance put me a couple of generations ahead of my contemporaries; they were able to write about the Jewish experience because they’d actually had one. Born in the ’40s, growing up in the ’50s and ’60s, I came to fiction more like some of today’s young writers, the ones who encountered their Judaism as artisanal kreplach in other people’s kitchens, or as guests at their friends’ weddings: “Wisteria on chuppah! OMG!”

Like them, I was drawn to a people — my people — but wasn’t exactly sure why. Unlike the defiant kid in the Haggadah — who demands, “What does this mean to you?” — I wasn’t so much distancing myself from Judaism as unable to explain the attachment. Those million-dollar bar mitzvahs you read about didn’t reflect Jewish values. But what were Jewish values? Did they differ significantly from the random Democratic platform?

These days, there are young Jewish American writers who seem knowledgeable about their faith and/or culture: Nicole Krauss, Nathan Englander, Dara Horn, Jonathan Safran Foer, even Michael Chabon. But, as the number of the unaffiliated and unschooled rises, many will be as I was: Jewish enough so that when we’re reading, any three-letter word beginning with a “J” on a page pops out, boldfaced and in 18-point font. Jewish enough to wonder whether this sports figure or that entertainer is Jewish. Jewish enough to sense we’re somehow different from Americans, if only that we never bought into all that Santa Claus business. But now that diversity and hyphenated Americanism is in literary vogue, how do you write an American Jewish novel when you don’t know very much about Jews?

There are lots of answers.

You keep your Old Country name or, if necessary, revert from Robinson to Rabinowitz.

You write a snappy book about characters with Jewish names, drop a schlep here, a shmendrick there and wind up on somebody’s Top 10 Books for Hanukkah list.

You study what you weren’t taught and try to capture the culture and traditions of your characters. If you’re really gifted, like Peter Manseau, author of 2009’s “Songs for the Butcher’s Daughter,” you’ll offer an examination of coming to America as valid and moving as Abraham Cahan’s seminal novel of 1917, “The Rise of David Levinsky.” If you’re a more pedestrian writer, you’ll contribute another one of those generational sagas that oozes schmaltz — with a noble Orthodox button sewer in a sweatshop, his Weather Underground atheist-radical grandson and the grandson’s noble architect daughter, who makes aliyah and designs playgrounds in which Israeli and Palestinian children can romp together.

You mimic or, more politely, offer an homage to other writers’ American Jewish fiction. You’ve read so much of it over the years that you know the turf. Recycle the basics: the immigrant experience, alienation and belonging, anti-Semitism and self-hate, the Holocaust.

You ask yourself “Who needs this?” and simply write an American novel that has little or nothing to do with Jews. Edna Ferber had a stellar career from the 1920s through the 1950s writing epics like “Showboat,” about a Mississippi riverboat theatrical troupe, and “Giant,” about Texas cattle and oil barons.

I must have been yearning for some Jewish content beyond my genetic makeup because soon after my 21st birthday, I noticed I was no longer dating WASPs. As Johnsons were giving way to Bernsteins, even I (at that point, a woman who believed the unexamined life was well worth living) understood that I wanted to marry a Jew. I found a lovely man and, along with love and a wedding ring, I found myself with two sets of dishes. We joined a Conservative synagogue. I began learning through engagement, rote and reading. Suddenly I belonged… well, to the extent that a novelist can ever feel she is part of a group; we may be part of a minyan, but we’re not fully merged into the community. Whether it’s simply social unease or existential isolation, apartness is how we live and how we make our living.

My first novel, “Compromising Positions,” was a whodunit. The protagonist was a Long Island Jewish housewife who turns private investigator. But she was Jewish the way I was, lighting Sabbath candles but envying her Protestant and Catholic friends’ December decorating options. I couldn’t have written a novel in the Harry Kemelman/Faye Kellerman tradition any more than I could a G.K. Chesterton mystery.

Still, I was never able to go the Edna Ferber route. I started out as “Jewish… whatever that means.” As time passed, I became a more committed Jew and a somewhat more knowledgeable one. But there’s so much to learn: the literature, the liturgy, the law, the traditions. You need more than a lifetime, and it’s even more daunting when you start kindergarten in your mid-20s. After my first novel, I began writing about assimilated characters seeking Jewishness in the secular world, whether in the OSS during World War II (“Shining Through”) or in the world of militia crazies in Wyoming (“Red, White and Blue”).

I’ve gone one step farther in my 13th novel, “Goldberg Variations.” My primary character is a chic, witty and profoundly nasty tycoon. She has a kingdom to bequeath to one of her three grandchildren, but she’s alienated them all. The book is a comic inversion of “King Lear”; none of Gloria Goldberg-turned-Garrison’s grandchildren want her kingdom. I decided to raise the possibility of a reconciliation after years of distance, yet I wasn’t sure if Gloria wanted or was capable of an apology. But as part of the story, I needed to have the Goldbergs in the book, three Jews and a Catholic, find a path they might take to return to each other.

I recalled a really good sermon I’d heard a couple of Rosh Hashanahs earlier, about teshuvah, about how, besides atoning to God for whatever wrongs you’ve committed, you also need to square things with the people you’ve hurt. I decided not to just use it metaphorically but to write about it. The more research I did, the richer the possibilities became for my characters. What I’d thought about in only the most casual way had been explored and debated for centuries. Who knew?

Now I do. For those of us who come late to the game, it pays to play catch-up. We come from a culture of ideas and conflict, ethical arguments and moral choices. What we are is the very stuff of fiction.

Don’t Know Much About Semitism