Mark Helprin’s Politics Doesn’t Get in Way of Prose 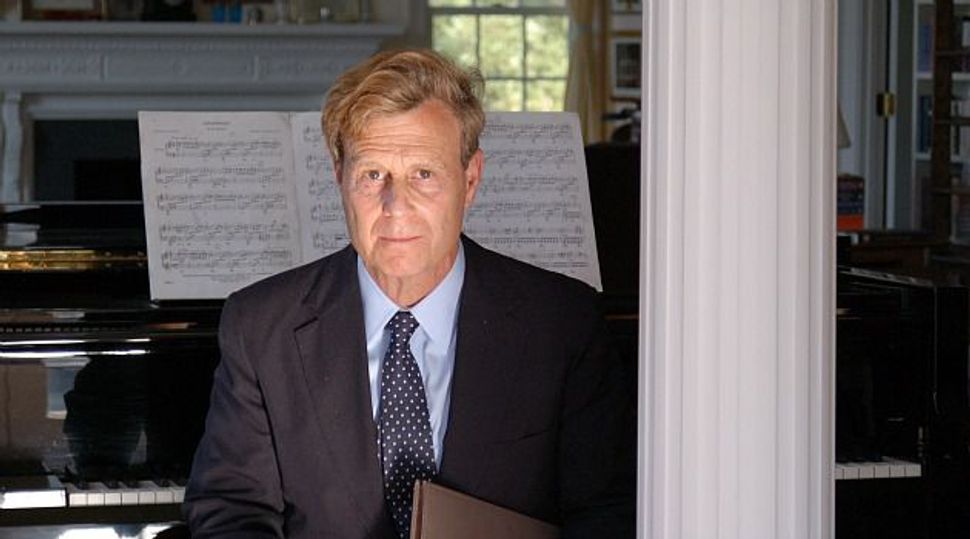 In Sunlight And In Shadow
By Mark Helprin
Houghton Mifflin Harcourt, 705 pages, $28

Readers indifferent to Mark Helprin’s strident neoconservatism are often won over by Mark Helprin the literary writer — his energetic prose, his intricate plotting, the dreamlike images in novels such as “Refiner’s Fire,” “A Soldier of the Great War” and “Freddy and Fredericka.” His “Ellis Island and Other Stories” was recipient of both the Prix de Rome and the National Jewish Book Award. For years, I have buttonholed near-strangers to proclaim “Perfection,” a fable from his “The Pacific” collection, to be just that, an enthralling expression of post-Holocaust consciousness.

Helprin’s magically descriptive powers have rendered up intricate Homerian odysseys and Whitmanesque visions of cities and landscapes, constituting some of the most genuinely adventurous, if unfashionable, writing of our time. Though his fictions often take comic flight, the man is at heart a stern Victorian, unapologetically embracing the notion that the artist must uphold timeless values. His literary vision seems to have more in common with that of Iris Murdoch than that of most of his famous Jewish American contemporaries. Like Murdoch, his novels excavate the moral and spiritual complexities of characters grappling with the meaning of love, death, and honor (for Helprin, psychology must serve morality and postmodernism is an empty vessel). Yet he is never heavy-handed, always a reliably mythic and exuberant storyteller. His latest, “In Sunlight and in Shadow,” is an epic of stunning inventiveness that probes the mystical nature of a great love after the terrors of war. This irresistible tapestry of stories-within-stories delivers rare rewards until its breathtaking final pages.

It is just after World War II and Harry Copeland is still scarred from fighting in North Africa and Europe. His Jewish parents have died and he reluctantly takes the helm of their fine leather-goods business, drifting listlessly without a meaningful anchor to bind him to life. Yet in spite of severe wartime trauma, Harry retains a childlike faith in the redemptive possibility of love. Once, alone and grievously wounded under the night sky, his sole regret was “that he had yet to love or be loved as he had always hoped. All the majestical lights, airy and bright, the floating orbs, the effulgent stars, were lonely things. And here it was, deep in a luminous, moonlit forest, that he had wished for an angel, for as they lay dying all soldiers wherever they may be need an angel to carry them up.”

A fleeting encounter on the Staten Island ferry leads Harry to Catherine Thomas Hale, Broadway actress and heiress. Daughter to the aristocratic world of New York society, with little direct experience with Jews, she nevertheless falls deeply in love. Helprin renders their clashing worlds of confident, aspiring Jews and wealthy, insular WASPS with exceptional wit. All seems well until unexpected and powerful enemies threaten, beginning with Catherine’s vengeful former suitor who wreaks terrible mischief on her nascent career. For his part, Harry is pursued by a violent Mafia figure who is set on his ruin. Confronting the imminent loss of “all that my mother and father and their mothers and fathers worked to build in the New World,” he anguishes over the radical actions required to preserve their legacy. Fortunately, there are others from Harry’s past who share his values of loyalty, perseverance, and courage and the sequence in which they rally around him, while not altogether unexpected, packs genuine emotional resonance.

An odd encounter with a Holocaust survivor girds Harry just as he undertakes a desperate mission placing him and his old comrades in mortal peril. The resulting epiphany eloquently serves as a distillation of the moral metaphysics unifying Helprin’s entire oeuvre: “Souls,” the man assures Harry, are like “rays of light for infinitely short a time they pass through the rough and delaying mechanism of life, they separate and disentangle, encountering different obstacles, traveling at different rates, like light refracted by the friction of things in its path. Emerging on the other side, they run together once more, in perfection. For the short and difficult span when confounded by matter and time they are made unequal, they try to bind together as they always were and eventually will be. The impulse to do so is called love. The extent to which they succeed is called justice. And the energy lost in the effort is called sacrifice.”

Unabashedly anachronistic, Helprin’s luxuriant language is tempered by his dexterity with raw sensory details enlivening this nomadic novel’s myriad settings (London in the blitz, bloody battlefields, the hidden life of a Broadway production, an idyll in the pastoral Sacramento Valley). That quality is evident in Helprin’s affection for those conscientiously engaged in difficult labor, whether actors, craftsmen or soldiers. If you cherish the pleasures of narrative time-travel, you can rely on the incantatory power of Helprin’s language to take you so deeply into the environs of another time and place that you will feel as though you live there. Much of the novel, in fact, reads like a deeply felt homage to postwar New York. Harry and Catherine love that world and Helprin makes us love and ache for them, not least for their preternatural capacity for finding the eternal in the here and now: In the end the whole world is nothing more than what you remember and what you love, things fleeting and indefensible, light and beautiful, that were not supposed to last, echoing forever.” When at last you emerge a little shaken from the comic heights and tragic depths of Helprin’s profane and sacred panoply of sunlight and shadow, you will likely be bruised, wiser, and certainly more joyous.

Mark Helprin’s Politics Doesn’t Get in Way of Prose