Takes a Village To Help Downtrodden 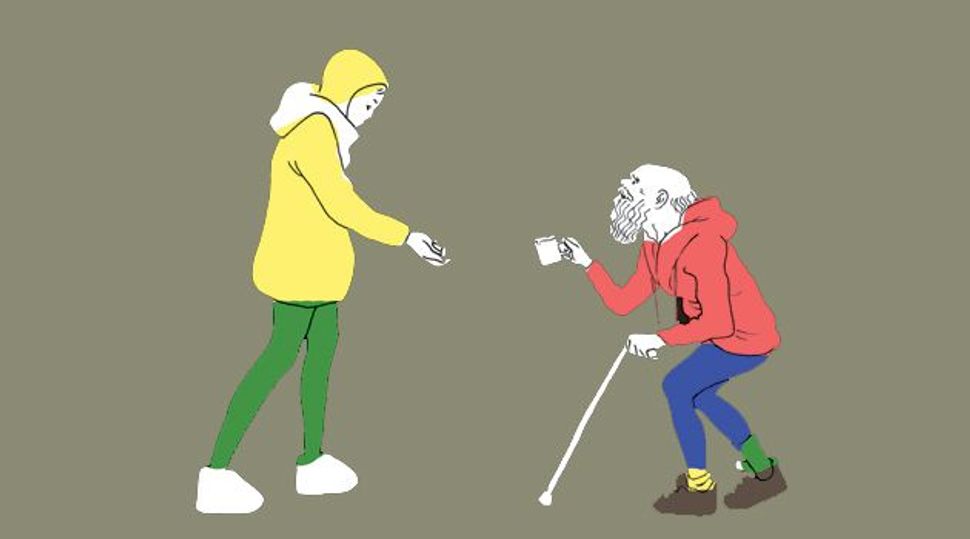 The subway doors closed and a man inside loudly recounted being mugged and beaten, losing everything and becoming homeless. He needed help. People looked away. One or two rummaged through their bags; others no doubt tried to imagine they were anywhere but there. I’m a daily subway rider and hear stories like this regularly, and I regularly witness people struggling to respond.

While they didn’t ride in subway cars, the rabbis of Jewish tradition also grappled with how to respond to people who ask for money on the street. With limited resources, should we try to change the system or help the poor person right before us? Could we do nothing? The rabbis’ answer is that doing nothing is not an option. And we must do both. They created two kinds of charity collections. The first was a kuppah, money for individuals who needed long-term support. Kuppah managers could strategically use that money to help people in need, and perhaps even make some structural change. Every community also had a tamchui, a food plate for hungry people who could not wait.

In Midrash Vayikra Rabbah we learn that if a poor person asks you for help and you have no money, then, at minimum, you must comfort them with your words. You should say: ”My soul goes out to you, for I have nothing to give you.” We learn in the Talmud that if you give a small amount of money to a poor person who asks, you receive six blessings, but if you comfort that person with your words, you receive 11 blessings.

My recent encounter on the train went differently from how it usually does. One person handed the man some fruit, a woman asked him, “Do you know about this church that helps homeless folks get relocated? Ask for Fred.” I took out a pen and paper, the woman wrote down Fred’s contact information and a teenager took the information to the man, who had nearly reached the other end of the car. We’d worked together in our own small ways help this man find a new opportunity. None of us could have done it on our own. And what we gave wasn’t monetary. Of course, I wondered if I should have given him money. Did each of us do enough? Was he telling the truth?

Some of us sit in the subway car wondering whether the per son asking us for money is being honest. “Thank God for imposters,” said the rabbis. To them, inadvertently not giving to someone in need brings on devastating results. They preferred to give to people who might be dishonest than to risk denying helping a person in need due to our own doubt.

Jewish tradition is specific about how, when and why to give tzedakah. But it is clear that when a poor person presents herself before you, the only answer is yes. And if you have no money, food or resources to give, then you should offer her comforting words. And even if you do have resources to provide, you should still provide comforting words.

Rabbi Stephanie Ruskay is the director of alumni and community engagement at AVODAH: The Jewish Service Corps. She serves on the Social Justice Commission of the Rabbinical Assembly.

Takes a Village To Help Downtrodden