Should Anti-Semitism Be Hyphenated? 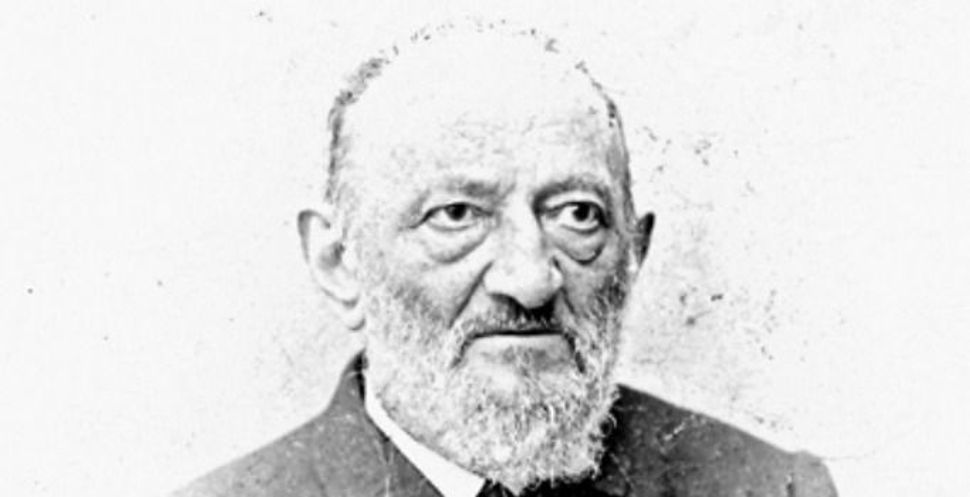 First Used: German-Jewish scholar Moritz Steinschneider may have been the first one to use the term ?anti-Semitism.?

John Marschall, a retired professor of history at the University of Nevada, writes:

“Throughout my book “Jews in Nevada: A History,” and in other articles on Jewry and Judaism, I have chosen to use the spelling ‘antisemitism’ rather than ‘anti-Semitism.’ I agree with authors [of books on the subject], like James Parkes, A. Roy Eckardt, Leonard Dinnerstein and James Carroll, that the latter implies a hostility toward some imagined ‘Semitism,’ whereas the former means hostility specifically toward Jews. Thus, it is possible for other Semitic groups, such as Arabs, to be antisemitic — but not anti-Semitic. My Webster’s dictionary and Microsoft spell checker, however, reject my logic, and ‘anti-Semitism’ continues to be the most common spelling in most publications. What is your take on this issue that piques my academic sensitivities?”

I must say that this e-mail has compelled me to think about the question for the first time. I myself have always spelled the word “anti-Semitism,” and as Professor Marschall observes, if I try to write “antisemitism,” my computer corrects me automatically by inserting a hyphen and upper-casing the “s.” Indeed, this is obviously one reason that “anti-Semitism” has never caught on. Who wants to fight a computer all day long?

And yet as has been often pointed out, not only does “anti-Semitism” describe an unfortunate phenomenon, but it also is itself an unfortunate term. Coined in the 19th century, it has generally but mistakenly been attributed to German journalist Wilhelm Marr, who founded a Bund der Antisemiten, or “Anti-Semitic [Antisemitic?] League,” in 1881. In fact, however, the word was first used two decades earlier, in 1860, by German-Jewish scholar Moritz Steinschneider in an article about a book by French linguist and cultural historian Ernest Renan, “Histoire Général et Système Comparé des Langues Sémitiques.”

The word “Semitic” as a term for the family of Middle Eastern and northeast African languages that includes Arabic, Hebrew, Aramaic, Amharic, Tigrinya, and ancient Akkadian and Ugaritic was first invented in 1781 by German historian August Ludwig von Schlözer, on the basis of the Bible’s division of mankind into the descendants of Noah’s three sons: Shem, Ham and Japheth. In his book, Renan unfavorably contrasted the mentality and cultural achievements of the Semitic-speaking peoples of the Middle East with those of the Indo-European-speaking peoples of Europe, and Steinschneider criticized him for his antisemitische Vorurteile, his “anti-Semitic [antisemitic?] prejudices.”

The word was spelled by Steinschneider, as it is by Germans to this day, without a hyphen or a capitalized “s,” just as is French antisémitisme, Spanish antisemitismo and so on. Why this became “anti-Semitism” when it first appeared in English in 1893 is unclear. Yet the English spelling of “anti-Semitism” stuck — and Professor Marschall, I think, is right that this only compounds the inaptness of a term that originally signified prejudice against all Semites but soon came to signify prejudice solely against Jews.

It’s easy to see why this happened. In the late 19th century, the only “Semites” Europeans knew about were the Arabs and the Jews — and the Arabs were little more than an abstraction, since whereas many Europeans had considerable contact with Jews, very few (apart from the French in North Africa) had any contact with Arabs at all. Never mind that no Jews spoke Hebrew as their first language, that most could not even read Hebrew and that many Jews had fair hair, light eyes and ancestors who had obviously interbred with Europeans: They were still perceived as outsiders from elsewhere — and this “elsewhere” was the Semitic Middle East.

Thus, while not all Semites were Jews, all Jews were considered Semites, and the only ones anyone cared about. It wasn’t until the course of the 20th century, as Arabs not only came to be more familiar to Europeans but also, because of Palestine, frequently developed a hostility toward Jews, that the illogic of referring to anti-Jewish feeling as “anti-Semitism” became fully apparent. By then, though, it was already too late to uproot the term, despite the absurdity of Arab spokesmen spewing vitriol at a Jewish state while protesting that they can’t possibly be anti-Semitic because they are Semites themselves.

I vote for using the one-word spelling — if, that is, we can manage to outfox our computers. (I was just able to fool mine by writing “antislemitism” and then deleting the “l.”)

Should Anti-Semitism Be Hyphenated?