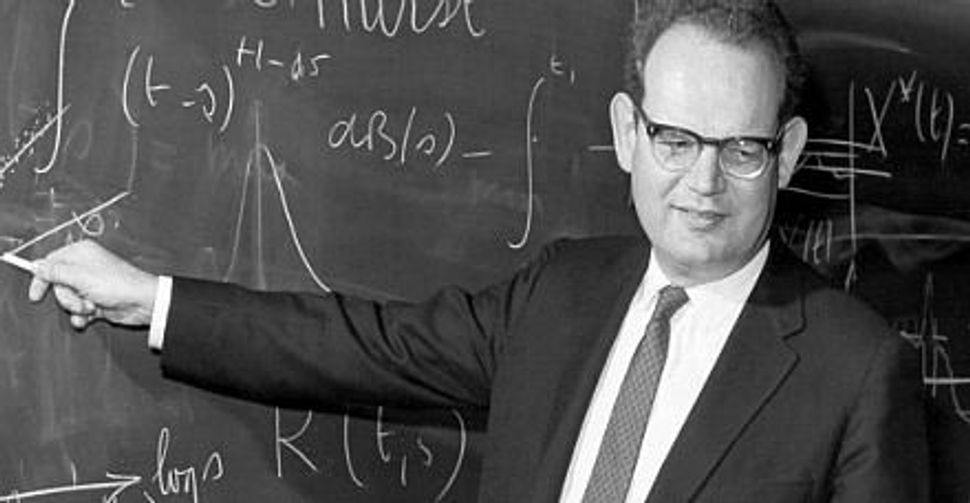 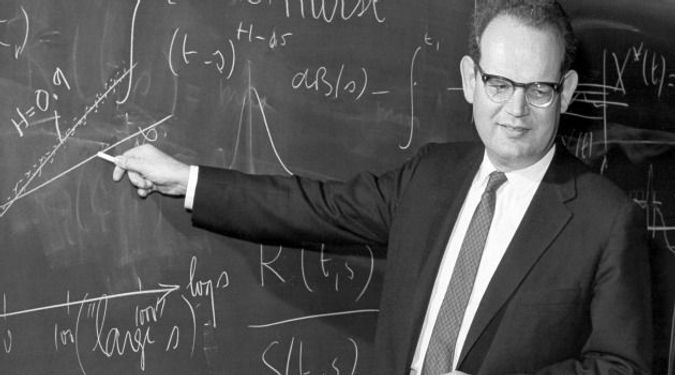 Born in Warsaw in 1924 to a Lithuanian Jewish family, Benoit Mandelbrot survived Nazi-occupied France to become one of the most creative thinkers of the 20th century. Mandelbrot, who died of pancreatic cancer in a Cambridge, Mass., hospice in 2010, left behind “The Fractalist: Memoir of a Scientific Maverick”. He coined the term “fractal” in 1975, from the Latin word “fractus,” meaning broken or shattered, to better measure rough shapes and irregular surfaces, from graphs of the stock market to coastlines. “I wanted to convey the idea of a broken stone, something irregular and fragmented,” Mandelbrot wrote, and his fractal sets have turned out to have a fabulous number of applications in many additional fields, including mathematics, economics, the sciences and the arts.Hungarian Jewish modernist composer György Ligeti, and Carlos Ginzburg, an Argentinean conceptual artist, have been inspired by Mandelbrot’s discoveries.

Mandelbrot’s mother was a dentist. “Before generalized anesthesia, a dentist’s reputation depended greatly on speed in pulling teeth, and I recall Mother’s strong right hand and powerful biceps,” Mandelbrot wrote in “The Fractalist.” Mandelbrot, too, would develop into a robust-looking fellow who radiated a certain physical force combined with wide-ranging intellectual finesse.

I interviewed Mandelbrot in 1990 at the Paris IBM headquarters. IBM employed him for decades as a researcher (“I was in an industrial laboratory because academia found me unsuitable,” Mandelbrot explained at the time). After our discussion, Mandelbrot, ever visually inspired and justly considering himself an artist as well as a thinker, insisted on offering me a slideshow of some of his discoveries.

These fractal images, made possible by computer graphics, combine some of the delirious exuberance of 1960s psychedelic art with forms hauntingly reminiscent of nature and the human body. No sooner had the visual show begun than one of the images became stuck in the slide projector. Mandelbrot’s sausage-thick fingers were unable to extract it before it started to burn, causing him to blurt out exclamations of frustration and impatience.

This scene of comic fury ended well, albeit with the destruction of that slide, but it points to Mandelbrot’s propensity for finding that scientific high seriousness can degrade into slapstick in a flash. Mandelbrot characteristically took such bumps in the road with grace and wit, qualities that are abundant in his memoir. The ludic aspect of original thinking is stressed in “The Fractalist,” with Mandelbrot offering this shorthand version of his scientific life: “When I seek, I look, look, look, and play with pictures.” Why did he decide to play by measuring coastlines? Home-schooled for a few years as a boy, he noted that his “father was a map nut. From him, I learned to read maps before I could read and write.”

Separated from his family, who were on the run as Jews in wartime France, the adolescent Mandelbrot was again left to his own intellectual devices, devouring “several out-of-date math books” with captivating images, from which he “built in [his] mind a zoo of shapes…. Learning mathematics from such books made me intimately familiar with a large zoo, collected over centuries, of very specialized shapes of every kind.” Despite such appealing intellectual fauna, Mandelbrot concluded, “The war, with its fears and deprivations, left a mark on me that would never wear away.”

In postwar Paris, Mandelbrot continued his study of so-called “monsters,” peculiar-seeming results that appeared to be unique and isolated, just as his family was isolated during wartime as Polish Jewish refugees (his parents chose to flee Warsaw in the 1930s, and were the only survivors of their circle of friends). He would eventually draw together such results as part of phenomena that can be measured, understood and interrelated by using fractals. Appreciating the underappreciated and even ridiculed, whether equations or people, became a hallmark of Mandelbrot’s intellectual life. At Paris’s École Polytechnique, he was mentored by Gaston Julia, who wore a leather mask because part of his face had been shot off during combat service in World War I (insensitive French undergraduates would mock these mutilated ex-soldiers as “gueules cassées” or “bro-ken mugs”). Far from finding Julia risible, Mandelbrot used some OF his teacher’s discoveries, called “Julia sets” to develop his own findings.

Mandelbrot’s other inspirational instructor was the French Jewish mathematician Paul Lévy (1886 –1971), who, like his student, had spent the Occupation years in hiding. Lévy’s substantial discoveries were likewise given further value and prominence by Mandelbrot’s later advances.

Honoring his teachers, Mandelbrot was also ever-ready to pay tribute to his family’s Yiddishkeit. In the 1960s, inspired by the Old Testament, he coined the terms “Noah Effect” and “Joseph Effect to help understand diverse phenomena such as the flooding of the Nile River and the ups and downs of the stock market, among others. The Joseph Effect referred to persistent changes in the levels of the Nile, like the “seven years of great plenty” followed by “seven years of famine” predicted in the Book of Genesis. “The Fractalist” notes: “What a joy to quote the Bible as a (pure) scientific reference!” He did so again with the Noah Effect, to describe cataclysms ranging from the biblical flood to stock market crashes (deducing that such deluges were more common and influential than generally allowed by many stock analysts, who considered them mere exceptions or interruptions).

Mandelbrot’s new ideas were laughed at widely when first developed, with some discerning exceptions, such as the great theorists John von Neumann and J. Robert Oppenheimer. Despite such influential protectors, when Mandelbrot lectured at The Institute for Advanced Study, in Princeton, N.J., in the early 1950s, a pre-eminent historian of mathematicians rose to declare: “I must protest! This is the worst lecture I ever heard….What we have heard makes absolutely no sense at all!” Mandelbrot was likewise seen as making little sense in his adopted homeland, since French mathematics was governed for decades by the accomplished Bourbaki group, led by André Weil — brother of the philosopher Simone Weil — and other trendsetters. To such intellectuals, Mandelbrot was a risibly freakish phenomenon.

The dedication page of “The Fractalist” notes movingly: “My long, meandering ride through life has been lonely and often very rough…. Father and Mother taught me the art of survival.” Of his professional encounters with “unusually diverse and forceful persons,” Mandelbrot adds that “many were warm and welcoming; many were indifferent, dismissive, hostile — even beastly.” Even after his accomplishments were generally granted, the wider public could be derisive of Mandelbrot. In 1990, when I phoned his hotel, Le Ritz Paris, to confirm our appointment, I asked to speak with Professor Mandelbrot. The switchboard operator burst out laughing, and when I asked what was so amusing, she gasped, “What a funny name!” Despite the rough interruptions, tragic and comic, of a sometimes cataclysmic life, Mandelbrot proved to be a uniquely serious innovator, a Kepler of the century past.