Feminism Is Easy, Comedy Is Hard 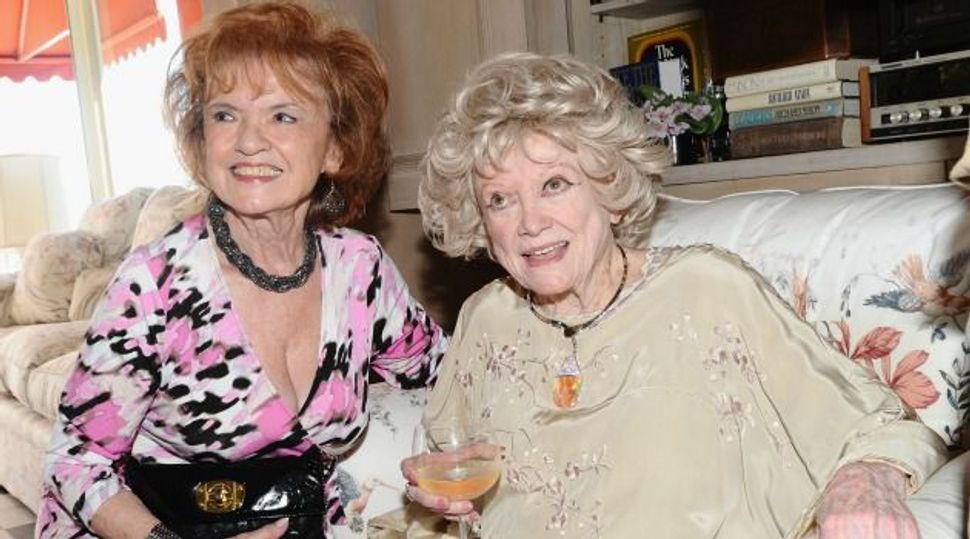 We Killed: The Rise of Women in American Comedy
By Yael Kohen
Sarah Crichton Books/Farrar, Straus and Giroux
336 pages, $27

In the early 1980s, while I was reporting a story on female stand-ups for Ms. magazine, Adrianne Tolsch, the host at New York City’s Catch a Rising Star, agreed to arrange a special night of women comics at the club. There was one caveat: She told me that she would be obliged to intersperse a male act between each two women. The clear implication was that no audience could be expected to tolerate a women-only night.

Even so, the occasion was a rare enough feminist landmark that virtually the entire editorial staff of Ms., including Gloria Steinem, turned up for the show. In an absurdist footnote, Rodney “I don’t get no respect” Dangerfield happened to wander in, too, to test-run some new material.

It was impossible not to recall these events while reading Yael Kohen’s excellent oral history, “We Killed: The Rise of Women in American Comedy.” Many of the women I interviewed two decades ago — Tolsch, Elayne Boosler, Rita Rudner, Carol Leifer — appear in Kohen’s account, which gracefully contextualizes their achievements. Kohen, too, started out writing a magazine article — in her case, for the April 2009 issue of Marie Claire. But she rightly realized that the topic was worthy of a book. She conducted more than 200 interviews, not just with female stand-ups and comedy stars, but also with their male colleagues and managers and with the true power brokers of comedy: club owners and network executives. The result is an often subtle, intimate and revealing account of how funny women have pushed through barriers to make their mark on popular culture.

While many of the women in this history are Jewish, Kohen neither singles them out nor discusses how their Jewishness may have shaped their comedy or their careers. This is history through a feminist lens, buttressed by the complexity of its portraiture of individual figures and of the comedy scene in general.

Kohen begins by mentioning the persistence of the shibboleth — repeated as recently as 2007 by Christopher Hitchens in his controversial Vanity Fair essay — that “women aren’t funny.” It’s a phrase I’ve heard more than once, often from men influenced by the misogynistic culture of The Harvard Lampoon. “Aren’t I funny?” I once asked a college boyfriend. “Only intrinsically,” he quipped.

Obviously, despite this prejudice, there have been scores of funny women. “It’s just that every success is called an exception and every failure an example of the rule,” Kohen writes. Kohen notes that several comedians declined her interview requests, but she (disappointingly) declines to name them. At first glance, most readers likely won’t notice their absence, because Kohen did nab a bounty of big names. The late Phyllis Diller is here, and Joan Rivers, and Lily Tomlin, as well as Roseanne Barr, Ellen DeGeneres and many stars of “Saturday Night Live,” including Rachel Dratch, Maya Rudolph and Kristen Wiig. Elaine May, the brilliant sketch artist, and Tina Fey, who first made history by becoming the lead writer of “Saturday Night Live,” aren’t interviewed, but their contributions are detailed by admirers. Among their male colleagues, Robin Williams and Richard Lewis speak out; Lorne Michaels, Jerry Seinfeld and Larry David are missing-in-action.

Kohen’s subjects are often astonishingly candid, shedding light on familiar controversies. Barr, for instance, talks about fights over the writing of her groundbreaking, eponymous sitcom, which chronicled the travails of a loud-mouthed working-class mother. “I was a strong woman writer with an idea and a whole act. I wasn’t the character — I was the writer. So I knew what I wanted, and I just held out for it,” she says.

Some of her conflicts with the predominantly male (and Harvard-educated) writers’ room, Barr says, had to do with gender. “There was sexist and offensive and stupid stuff in the script all the time,” she says. But others involved with the show saw the situation differently. “This is not a gender thing. This is personality,” says Marcy Carsey, whose Carsey-Werner Company produced “Roseanne.” “That show worked… as long as we could keep her showing up and kind of being professional.” Some bitterness evidently persists.

Thanks to the depth of Kohen’s reporting and her skillful arrangement of interview segments, certain titans of the comedy scene emerge as complicated, fleshed-out figures, alternately helpful and hateful. One example is Mitzi Shore, the powerful owner of Los Angeles’s Comedy Store, a proving ground in the 1970s for comedians who hoped to be discovered and make the leap to “The Tonight Show” and to eventual sitcom fame.

Stand-up comic Argus Hamilton, who was close to her, describes Shore as “a Midwestern Jewish Scarlett O’Hara” — a tough, attractive woman with an acute business sense. JoAnne Astrow, another stand-up and Comedy Store regular, says Shore was “a formidable dictator,” with “courtiers, jester, lovers, and an entourage that surrounded her.”

Shore (whom Kohen did not interview) created an upstairs room at the club, called the Belly Room, for women to work out their acts — a controversial move. Boosler disdained the space as a ghetto and refused to perform there, and Merrill Markoe, at one point both David Letterman’s girlfriend and head writer, describes it as “a pretty awful place.”

“We Killed” moves back and forth between the club scene and television, and shows how the transformation of “Saturday Night Live” from boys’ club to virtual girls’ club helped foster important careers. The book ends with a chapter, “Comic Rising,” that features newer talents such as Chelsea Handler, whose success has helped neutralize yet another shibboleth: that pretty women can’t be funny,

Still, Kohen points out, women haven’t yet claimed comedy equality. With, for instance, just 16 women among 145 writers working for 10 late-night shows, the statistics suggest that some prejudice and obstacles remain. “We Killed” is a lovely tribute to those who managed to overcome.

Feminism Is Easy, Comedy Is Hard