On the Verge of a Nation’s Breakdown 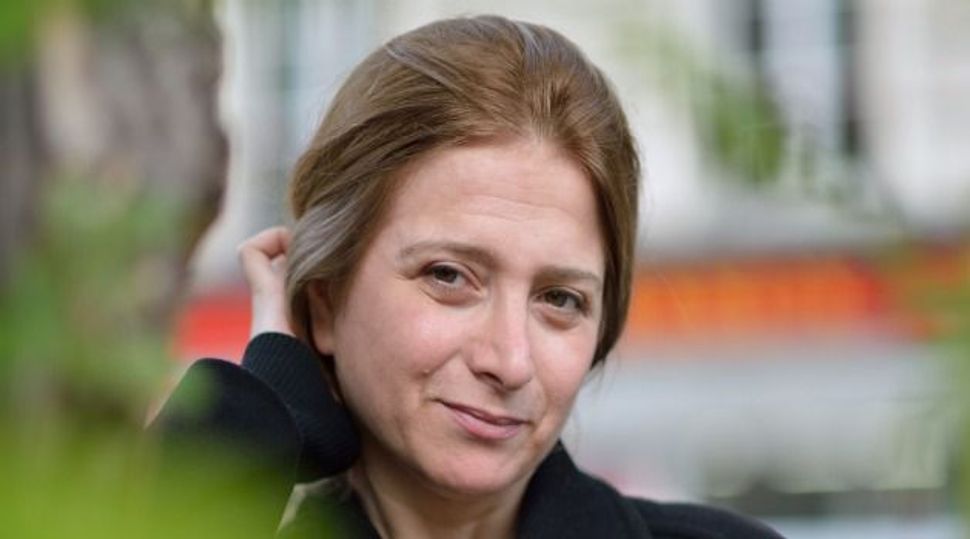 Verbatim Memoir: Many of the interviews carried out are so gripping they are reprinted in their entirety. Image by Getty Images

A Woman in the Crossfire: Diaries of the Syrian Revolution
By Samar Yazbek
Translated from the Arabic by Max Weiss
Haus Publishing, 256 pages, $18.95

Syrian journalist and novelist Samar Yazbek was born into privilege 42 years ago, a member of a well-connected, wealthy Alawite family and related by marriage to Osama bin Laden on her mother’s side. At 16, she ran away from home, returning only to run away again at 19. That time, she got married in a civil ceremony, moved to Cyprus and gave birth to her daughter. Then she divorced and returned to Damascus.

Even before her career as a journalist, filmmaker and TV writer, as well as the editor of Women of Syria, a website dedicated to the rights and freedom of women, the secular Yazbek riled the powers in charge because her four novels, filled with eroticism and feminist characters, challenged mores in Syrian society. Today, after a harrowing year in Syria, where her journalism in support of the Syrian revolution imperiled her life and her 18-year-old daughter’s, she and her daughter live in exile in Paris.

This is an extraordinary memoir, written as a diary of the first 100 days of the Syrian uprising. It is a testament to the desire for change in Syria and the potential for justice existing side by side with unspeakable human cruelty. It is extraordinary not simply because it is an urgent and graphic chronicle of a massacre led by Bashar Assad against his own people, and of the people’s urge to fight on and live in freedom, but also because it is — simultaneously — a story of a contemporary woman born of privilege whose daughter pleads with her to stop her political activism, but whose desire for justice puts her front and center in the revolt.

Many of the interviews Yazbek conducted as a journalist are printed here verbatim, along with interviews conducted by her journalist colleagues in the Syrian media who fed her their reporting. These interviews include stories of a security officer who beat and killed a husband in front of his wife, and then killed her 12-year-old son; girls who threw gasoline on themselves to avoid being raped, and whole neighborhoods set on fire in Hama, with entire villages of men and boys being carted away.

Yazbek herself was taken, blindfolded, by the security apparatus to a prison where they showed her a cell — as a warning. She recalls: “I saw three bodies hanging in the middle of nowhere, but I couldn’t understand how. He moved me even closer…. My stomach started to seize up. The three bodies were almost naked.… Suddenly one of the young men sluggishly tried to lift his head and I saw his face in those dim rays of light. He didn’t have a face: his eyes were completely shut. I couldn’t discern any gleam in his eyes. There was a blank space where his nose should be, no lips. His face was like a red board without any defining lines — red interspersed with black that had once been red.”

On another prison trip, she was stripped nearly naked while her captors beat a prisoner in front of her in order to frighten her. After months of intimidation — visits to cell blocks, physical harassment, phone calls, her Facebook account hacked, leaflets calling her a traitor distributed in her home town of Jableh — Yazbek was warned by a senior military officer that her file was being handed to the “grunts” who would take care of her. Frightened for her daughter, she made the difficult decision to flee her homeland.

Yet, even on the same page where she describes her reluctant decision to leave, Yazbek also reports half a million people on the streets protesting in Hama alone and claims that “the organization of the local coordination committees and the Federation of Coordination Committees take intelligent steps that reflect a deep consciousness among the young people in organizing an uprising, rising to the occasion and guaranteeing its persistence.”

Wondering throughout where her fellow intellectuals are, those who “remained on the sidelines, panicked and afraid,” she writes: “I am armed with nothing but my conscience. It doesn’t matter to me whether the coming period brings moderate Islam and all they say comes with it. The faces of the murderers don’t matter to me, and neither does all the talk nor all the lies. … I have seen the children of my people fall one by one like unripe peaches from a tree.”

Yazbek insists that the Syrian uprising is a revolution of people who “wish to liberate themselves from their humiliation,” a revolt of “simple, ordinary young people. They didn’t have any extremist religious views and I saw secularists among them.” But in recent interviews during a U.S. tour, she warned of the influx into Syria of extreme Islamist elements who weren’t originally part of the revolution. Whether those who started the uprising succeed or whether other forces triumph, there is no way of knowing. Meanwhile, for those of us helpless on the sidelines, this book is critical reading to better understand the Syrian catastrophe as it continues to unfold.

Jo-Ann Mort writes frequently for the Forward about Israeli and Palestinian issues.

On the Verge of a Nation’s Breakdown