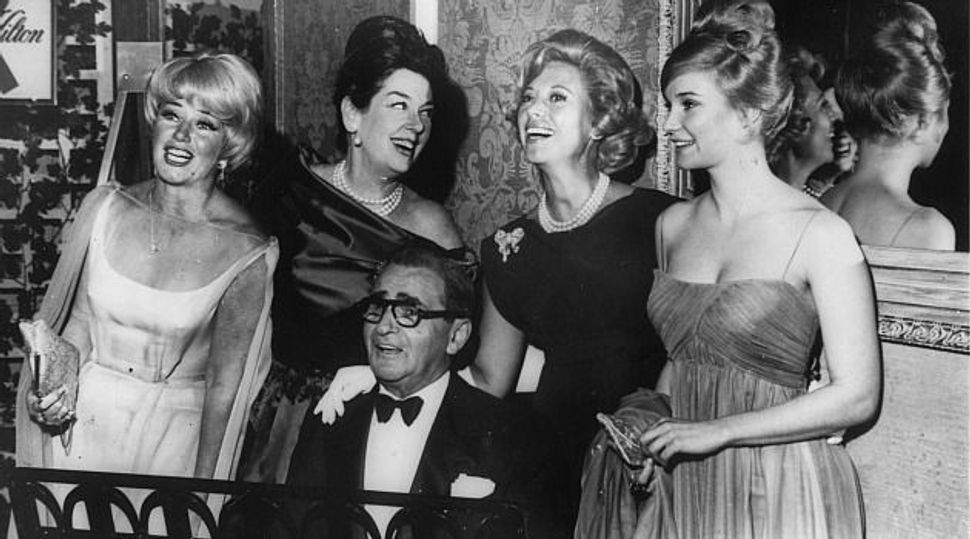 A Jewish music preservation group sets out to make the definitive Hanukkah compilation and ends up with an album dripping with Christmas cheer.

That’s not just a humdrum holiday punch line — it’s also an accurate description of the genesis of the Idelsohn Society’s December release, “‘Twas the Night Before Hanukkah: The Musical Battle Between Christmas and the Festival of Lights,” a catalog of efforts by a century’s worth of Jewish musicians to head off the yuletide blues. And really, what did the Idelsohn researchers expect?

“The archive of Hanukkah songs was not as deep and varied as we had imagined,” they admit in an introduction to the two-disc set, revealing a truth that will surprise no one familiar with the story “of a Jewish people embracing a somewhat minor Jewish holiday” in a spirited, if not wholly successful, attempt to compete with the merry month-long “red-and-green festival of gifts, food, and decorated trees” that is an American Christmas. 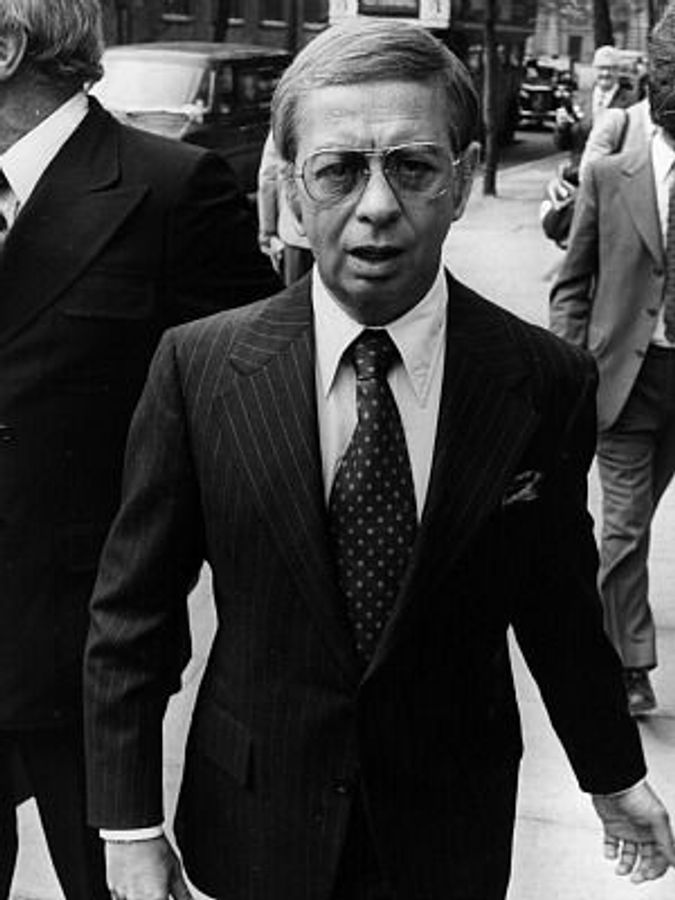 Hand-wringing over the relationship between Hanukkah and Christmas is nothing new, of course, and the Idelsohn Society traces that tension all the way back to 1870, when Christmas was declared a national holiday. It was then that a New York City-based group called The American Hebrews started campaigning for a “Grand Revival of the Jewish National Holiday of Chanucka in a manner and style never before equaled.” In keeping with the martial spirit of the post-Civil War era, one early revival effort took the form of a Young Men’s Hebrew Association-sponsored military pageant (the better to celebrate the Maccabees as an ancestral race of manly Jewish warriors).

And so began the great American Jewish war against Christmas.

Almost as soon as Christmas was stamped on calendars as a national holiday, it became just that — a widespread secular celebration that centered on presents, sleigh bells and sweets, and had little to do with Christian rituals marking the birth of Christ. American Jews, even as they hastened to develop festive eating and gift-giving traditions for their own eight-night festival, couldn’t resist a turn on Santa’s knee.

But rather than viewing the beloved contributions of songwriters like Irving Berlin to the Christmas canon as shameful relics from a painful time when the goal was to assimilate at all costs, “‘Twas the Night Before Hanukkah” takes a jollier approach. A 1955 recording of Jewish songwriter Mel Tormé’s wistful, understated performance of his iconic “The Christmas Song” is a highlight of this collection. And why not?

“Why shouldn’t Jews write the Christmas songs that everybody sings? Who knows America better than the Jews?” the Idelsohn Society asks. “America is a craft, and Jews have long mastered it, so let it snow.”

This “anything goes” spirit pervades the catchall two-disc set, a compendium of rare and wacky gems ranging from cheerful Disney-like injunctions to “march like Maccabees in a Hanukkah parade” to Bob Dylan’s curiously somber rendition of “Little Drummer Boy.” Most of this stuff you won’t have heard before and the detailed liner notes include new essays by music critic Greil Marcus and historian and Forward columnist Jenna Weissman Joselit. Reproductions of album covers dating from the midcentury height of the peppy pro-Hanukkah propaganda effort and sporting what Weissman Joselit aptly describes as “youngsters with eager beaver expressions” are an added bonus.

Given all that, this might be the first-ever holiday album that’s both a scholarly triumph and a guilty pleasure. Take the opening track: A spirited 1950s recording of a 1939 minor-key Zionist anthem by Tin Pan Alley composer Gerald Marks, it begins with a narrator speaking boldly over majestic organ chords: “The miracle of light, as described in the song, can be compared only to eternal Israel, and the rebuilding of the Jewish nation in our time has given Hanukkah an added importance.” George M. Cohan could have written the rousing march tune, with its bouncy piano accompaniment and sighing men’s chorus, that follows. Next, consider the 1960s-era “Chanukah Quiz,” written and performed by Jewish children’s song pioneer Gladys Gewirtz. When she sings, “Four dreidel letters you must know to win: nun and ___| hey and ___|_” I defy you not to belt out “Gimel!” and “Shin!” like you’re back at Camp Ramah, where Gewirtz served as music director. Then, when all this maniacally chipper indoctrination becomes a bit too much, there’s always Woody Guthrie’s “Hanukkah Dance,” which for all its talk of hop-hop-hopping around has the lazy, laid-back feel of a campfire song.

That’s not to say that certain parts of “‘Twas the Night Before Hanukkah” won’t make you cringe. Don McLean’s 1972 “Dreidel,” which uses the relentlessly spinning top as a metaphor for the drudgery of modern life, includes what must be some of the most embarrassing lines ever written: “And I feel like I’m a dippin’ and a-divin’ / My sky shoes are spiked with lead heels!” Once-daring comic Jewish-Christmas spoofs, like Stanley Adams’ and Sid Wayne’s 1962 Yinglish poem, “‘Twas the Night Before Chanukah,” now have the ring of faded clichés.

Still, the Idelsohn Society’s openhearted embrace of the kitschy and dated is what makes “‘Twas the Night Before Hanukkah” so appealing. Who wants to listen to another anthology of timeless classics? It’s much more fun to travel back to the 1980s with the Ramones, to hear Danny Kaye take a plausibly reverent stab at “O Come All Ye Faithful” or to imagine the elegant cocktail party where Benny Goodman’s big band might have set the mood for romance with the love-struck strains of “Santa Claus Came in the Spring.” Even the syrupy strains of a shamelessly sentimental song like 1950s pop idol Eddie Fisher’s “Christmas Eve in My Hometown” can make you yearn for the darnedest things: a particular December from childhood, grandmother’s cookies, an imagined past in which all tender moments were enhanced by the contributions of an unseen choir.

But the past haunts us, too. Greil Marcus hears “deadly fatalism,” “terror” and the “specter of the pogrom” in legendary cantor Yossele Rosenblatt’s “Yevonim,” and after listening to the scratchy, ethereal recording from 1916, it’s hard to disagree with him. In it, a far-off choir is suddenly joined by Rosenblatt’s improbably clear tenor as he and the other singers seem to reach through time to tell us something, “something they are not sure will make it to the future.” Marcus identifies them as the “specter of the specter,” the “dead standing in for the dead who will follow them” in a pogrom. Exactly why the Holocaust seems to loom over a song about oil burning for eight days is difficult to describe, but Rosenblatt’s beseeching cries are enough to take your breath away.

And if you listen closely, you’ll find eerie moments on the Christmas disc, too. When Eddie Cantor sang “The only thing I want for Christmas / is just to keep the things that I’ve got” in 1939, could he have known just how precious those things really were? Knowing what was to come — and what had already begun in Europe — adds poignant urgency to what was once a run-of-the-mill anti-commercial holiday message: The things that matter don’t come “tied with ribbons, or wrapped in cellophane.” Even now, as we fret over Hanukkah bushes and debate whether to let the kids open presents on all eight nights, this is one forgotten Jewish-Christmas song that might be due for a revival.

Eileen Reynolds is a frequent contributor to the Forward.