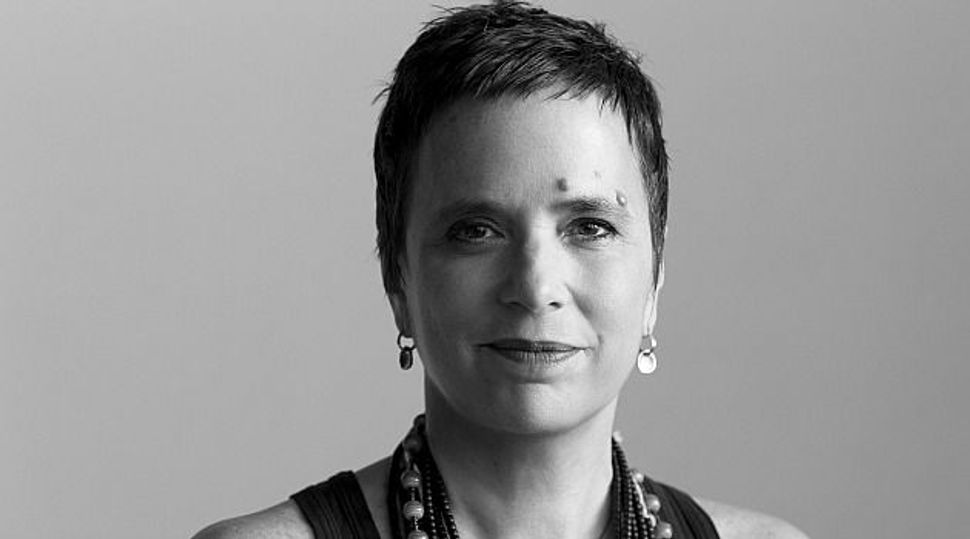 Describing Eve Ensler as a relentless enthusiast and dedicated feminist is accurate, yet doesn’t do her justice. Consider this: She is a Tony-winning playwright, performer, author, filmmaker and activist whose leadership on behalf of women has had a worldwide impact — from the Congo to Bosnia to American prisons. Her best-known piece, “The Vagina Monologues,” has been translated into more than 48 languages and performed in 140-plus countries. That in turn inspired Ensler to create V-Day, a global initiative to end violence against women. To date, it has generated more than $90 million.

Her current play, “Emotional Creature,” now running off-Broadway at the Pershing Square Signature Center, focuses on the daily experiences and private dreams of young women across the globe. A marriage of monologues, stories, songs and movement, the celebratory piece explores the link among all girls on their journey to adulthood.

SIMI HORWITZ: What is your writing process?

EVE ENSLER: Listening. Contrary to what many people think, I do not do interviews or use a recorder. That’s not to say my plays don’t have the seeds of peoples’ stories in them. They do, but they are not testimony. They are original literary pieces, and they take a long time to write.

Which hat is more defining to you — theater artist or social activist?

I can’t say. It’s easier to be one or the other, but that’s not who I am. I’m happy to be this [amalgam]. Theater has an incredible capacity to move people to social change, to address issues, to inspire social revolution.

You don’t feel you’re preaching to the choir?

No, I don’t. We’re now doing “Vagina Monologues” in tiny towns in Alabama, villages in India, and performing it for kids from schools throughout the boroughs who normally don’t go to the theater at all. We don’t need to change everybody. All you need is 10% of the population to have a revolution. [More important] it’s activating those who already believe. Look, did I think 10 years ago that representative Lisa Brown and Senator Rebekah Warren would invite me to perform “Vagina Monologues” on the steps of the Michigan capital in Lansing? No. But we worked, and worked and worked. The world has changed, and we’ve been crucial to that change.

I gather you are half-Jewish?

This half-Jewish thing is so crazy. Would Hitler have said, “You’re half Jewish, get off the train?” No. He would have said, “We’re taking you with us.” It’s a strange thing: The only people who don’t think I’m Jewish are Jews.

How do you define being Jewish, and how does it inform your artistry?

For me it’s a cultural thing. I had a Jewish father, a Jewish family, and I had chicken liver with my aunt every Saturday. I grew up in a tradition where having ideas and contributing to the community and creating art that had an impact on the world mattered. That’s part of the Jewish tradition. The comedy that’s in me is very much part of Jewish theater history. When I look at my own heart as a social activist, there’s the spirit of Emma Goldman and Hannah Arendt and so many others.

Do you foresee a time when you’ll write a play that has a Jewish or Israeli protagonist?

It’s not on my agenda right now. Actually, I wrote a piece, “Here,” an allegory about Israel and Palestine that was done on British TV. It’s about a couple living in their house when another couple, who almost looks identical to them, arrives, convinced they’ve come home and it’s their house. It’s all about who owns what land and who got there first and who got the deed. I never say which couple is Israeli or Palestinian. The first time I was in Israel, I wondered how you could tell the Arabs from the Jews. The same was true when I was in Serbia and Croatia. The people who are closest, it seems to me, are killing each other the most.

What is the play saying?

Geography does not define you, love does. At the end of the play, one of the women concludes [that] maybe we don’t live anywhere. Maybe we just live in our hearts, and that’s the opening we need to find. Right now we are clinging to identification based on space or ownership. And it’s deadly.

Will you ever write a play that has a male protagonist?

Will you ever write a play depicting an abusive woman without also suggesting she’s the result of a patriarchal society?

You cannot conceive of a simply wretched woman?

I cannot conceive of a simply wretched anybody — man or woman. I don’t think people are born wretched. We are all born with personalities, but how those personalities are sharpened or textured is completely dependent on our environment. We come with essential DNA, but how it develops, it’s like a play: You get the wrong director, that’s bad news.

On a totally different note, I know you’ve had uterine cancer. How are you doing?

Great. I’m two-and-a-half years clean. I have a book coming out in April, called “In the Body of the World,” that looks at how cancer and my time in the Congo really merged. The big revelation is that what happens in our body isn’t separate from the world. When you’ve been abused you completely separate yourself from your body. What cancer did was bring me undeniably into my body. I was pricked and poked and operated on. And it was actually the best experience of my life. I was urged into myself and found that all the pieces of myself and the world had to be rearranged in some fundamental way. I’ve been working in the Congo for the last few years. The story of the Congo is very much the story of the cancer. The book is about how it’s all interconnected.

What’s next on your agenda?

On February 14 we’re calling for a billion women across the planet who have been raped or beaten to walk out of their houses, schools, and jobs to dance [at a designated time and place]. So far, 172 countries have signed up. So have unions, bishops and stars, and it’s growing. Look at our website [onebillionrising.org] to see the groups that have joined. It would be great if the Jewish community — synagogues and Jewish leaders — could get involved. A lot of churches have signed up. Many Jewish actors have signed on. But we’d like this to be a massive wave. We want everybody with us.

What do you want audiences to walk away thinking and feeling after viewing “Emotional Creature”?

I want girls to honor themselves, and boys to honor the parts in themselves that are girls. I also want us to come into the present tense and start responding. You look at something like Sandy — an incredible storm. Why are we not all rearranging our daily lives to think about global warming? We don’t live in the present tense. We’re in denial and disconnected. I hope this play brings people into the now, into their bodies, into the present tense. They can be active agents in their own lives and also the lives of other human beings. Otherwise, we’re in really big trouble.