I Think I’ve Been Sedated 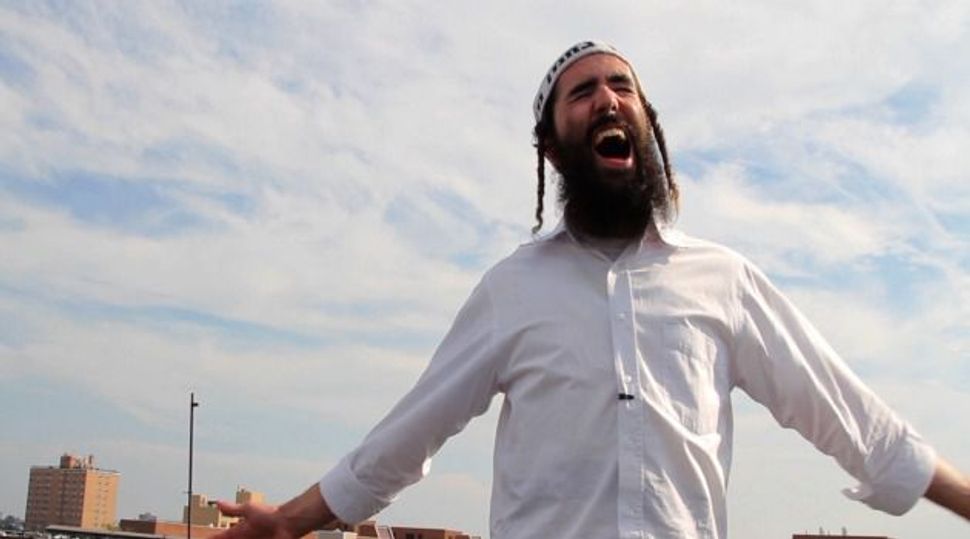 A few months ago I found myself climbing the cement stairs of a converted industrial building in Brooklyn to attend an informal Friday night service in someone’s loft. A large group had gathered — 30 people at least, all in their 20s and 30s. We sang zemiros, ate vegetarian pasta salad and drank rye out of coffee mugs around a butcher-block table. One volunteer led a discussion of that week’s parsha, and we talked about the patriarch Abraham and what, in the 21st century, to make of his patriarchal ways. (Given the progressive tenor of the group, opinion was surprisingly split.) Irreligious as I am, it’s not the kind of thing I do often, but I had a nice time. The atmosphere was earnest without being oppressive, friendly but not proselytizing, warm but not saccharine.

As a journalist, it’s tempting to start analyzing a scene like this. Is it a trend? A movement? A radical overhaul of the institutional Judaism we once knew? (If it is any of those things, it’s certainly not new; the Havurah movement did this decades ago, and Hasidism centuries before that.) I’m content to let community professionals worry about such questions. For me it’s just one item in a spectacular array of religious, social and cultural activities happening with and without institutional support, above and below the radar, long-standing and brand new. Another week I might attend a neo-Hasidic speakeasy in Flatbush, hear new Jewish music in a synagogue basement or go see a film at a Jewish community center. In this case it was just a group of young adults who wanted to enjoy a Shabbos together, and that’s exactly what they did.

Unfortunately, the nuances of reality are inconvenient — not only to cultural journalists writing trend pieces, but also to documentary filmmakers looking for a movement to immortalize. That’s the case with “Punk Jews,” a film directed by NBC producer Jesse Zook Mann and co-produced by Evan Kleinman, also a TV professional, and by Saul Sudin, an independent filmmaker. The documentary, which premiered on December 11 at the JCC in Manhattan after several years of advance public relations, fundraising parties, preview articles and a successful Kickstarter campaign, examines a “Punk Jews movement” consisting of, according to the film’s narration, “people expressing Judaism in unconventional and awesome ways.” How unconventional or awesome they are is a matter of opinion. But as movements go, this one, frankly, is made up.

At different points in its production, “Punk Jews” was announced to be a full-length documentary and then a series of online shorts before emerging in the feature format. That’s a shame, because the subjects and structure of the film are better suited to shorts. In their quest to find anti-establishment Jews, the filmmakers profile Hasidic punk band Moshiach Oi!; a former Hasid from New Square trying to provide support for victims of sexual abuse; “Amazing Amy” Harlib, aka the Yoga Yenta; black, gay Jewish rapper Y-Love, and a group of Yiddish street performers called the Sukkos Mob. While many of these subjects are interesting separately, and a few might be worthy of full-length documentaries of their own, they don’t cohere as a single film.

The most obviously out-of-place segment, which takes up about 15 minutes of a total 56-minute running time, focuses on Kal Holczler, a former Skver Hasid who claims to have been abused by a powerful member of the New Square community, and who started an organization to help other victims of sexual abuse. The subject is a deadly serious one, and it deserves a serious film. But what does it have to do with punk? Does one need to be a “punk” to be against sexual abuse? For “Punk Jews,” the term is so broad, it’s meaningless.

Indeed, the only literal “punks” in the film are Moshiach Oi!, a Breslov-identifying punk band. But the rebelliousness of punk music, more than 30 years after the death of Sid Vicious, is oversold. Moshiach Oi! may get their sound turned off if they disturb the neighbors, and they will never be hired for Chaim Berlin’s Hanukkah party, but yelling “Sh’ma Yisrael” at top volume smacks of ersatz rebellion, not of the real thing.

The one unifying element is supposedly Chulent, a weekly gathering of Hasidim, ex-Hasidim and assorted hangers-on that features food, music, lectures and a freewheeling atmosphere that has gotten them kicked out of more than one venue. It’s a fascinating scene, and the abundance of creativity coming from the fringes of the Hasidic world is a trend worth reporting on. But there’s more you can learn about Chulent from articles that have appeared in newspapers and magazines over the past few years than you can from “Punk Jews.” It doesn’t help that the filmmakers try to dress up their subject as a secretive underground scene whose “location is not advertised,” and one that is more on the fringes of the Jewish community than Neturei Karta. I guess they haven’t bothered to sign up for the listserv, or the Facebook group.

Indeed, the central idea of “Punk Jews” — that there is a singular countercultural Jewish movement afoot in New York — is fanciful at best. (If you really want an example of an anti-establishment group, try something like Jewish Voice for Peace, which the Anti-Defamation League lists in its “top 10 anti-Israel groups in America.”) Rather, the dozens of cultural strands present in the Jewish world constitute a much richer, more diverse, more interesting tapestry of culture and thought than could be woven together to represent a single trend. In most cases, people just create the experiences they want to have. And you know what? That’s enough. It may not be a movement, but it’s life.

I Think I’ve Been Sedated