It’s Not Easy Being a ‘Rabbi’s Daughter’ 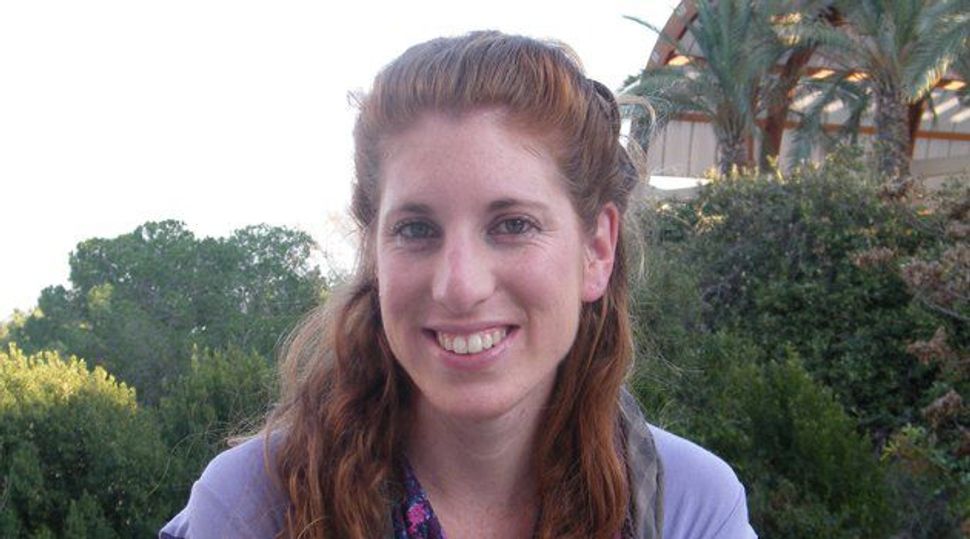 When we think of children who carry the burden of having famous parents, we often think of the offspring of movie stars or politicians. But in the Religious Zionist sector of Israeli society, being the child of a prominent rabbi comes with some very heavy baggage.

Filmmaker Racheli Wasserman, herself the daughter of such a rabbi, carries this load, and decided to unpack some of it by making “The Rabbi’s Daughter.” The short documentary, which Wasserman made as a student at the Ma’aleh School of Television, Film & The Arts in Jerusalem, is an intimate and sensitive portrait of three young women who not only live in the shadow of their revered fathers, but who have also made the fraught decision to leave the religious life behind and forge new paths for themselves.

“The Rabbi’s Daughter” has caught the attention of Israeli film critics and the Israeli movie-going public alike. In December, it was awarded the best student film prize for the Israeli Documentary Filmmakers Forum, and earlier last fall it won the award for the best short documentary at the 2012 Haifa Film Festival. In 2011, the film was awarded the Aliza Shagrir Prize for outstanding documentary. Exceptionally for a student film, “The Rabbi’s Daughter” has been viewed more than 45,000 times online.

The half-hour film follows three young women as they interact with their rabbi fathers and expose their previously private thoughts and feelings about their complicated relationships with them. Tamar Aviner, daughter of Rabbi Shlomo Aviner, head of the Ateret Cohanim yeshiva in the Muslim Quarter of Jerusalem’s Old City (and who recently declared that women should not engage in politics or run for seats in the Knesset), is a free-spirited artist and sensitive soul who struggles with being thrust into the public eye. Still clearly a spiritual person, Aviner has adopted a hippy-like peripatetic existence, living in a van and working as a street artist.

For Tamar Tzohar, daughter of Rabbi Yoram Tzohar, dean of Ulpana Bnei Akiva Kfar Pines (a residential religious girls’ school), and for Ruth Katz, daughter of Rabbi David Bigman, who heads Yeshivat Ma’aleh Gilboa, the struggles are more about religious observance. Tzohar, a talented photographer and graphic designer, feels she has no way to connect to her father and seems to linger on the periphery of her family’s religious life. On a visit to her father’s school, which she once attended, she notes the irony of her father’s serving as a father figure for thousands of girls, while she — his actual daughter — feels so distant from him.

Katz, married to a young man named Motti, confronts her parents for the first time about the disapproval she senses from them about her choice to move away from religious observance. She tearfully tells her parents how frustrating it is for her and her husband to feel they have to hide details of their everyday life from them.

Wasserman, 27, was amazed at how open the three women were during the filming. Although Wasserman had originally conducted sit-down interviews with the women, she ended up not using any of that footage. Instead, she opted to follow them around during their daily lives, and in particular to visits home and other encounters with their fathers.

“I was really surprised by the camera’s power,” the filmmaker said in a phone interview. “It really makes people candid. Each of the women used the camera for her own process, to work things out for herself.”

The decision to include the rabbi fathers in the film was a difficult one. “At first I didn’t want to film the fathers, because I didn’t want to hurt anyone,” she explained. But in the end, she did ask them to participate, and they agreed.

“’The Rabbi’s Daughter’ is a very important and brave film, primarily because leading Religious Zionist rabbis agree to expose themselves in front of the camera in personal and family interactions with daughters who have chosen another way in life,” noted Hedva Goldschmidt, managing director of Go2Films, a Jerusalem-based distributor and marketer of Israeli films.

Wasserman’s own father, a prominent rabbi and head of a yeshiva in Givatayim, appears at the beginning and end of the film. We see him speaking to his off-camera daughter, first about his thoughts as she is about to start the project, and later about his reaction to the completed film.

The process of making “The Rabbi’s Daughter” was as therapeutic for the young woman behind the camera as it was for the three in front of it. Unlike Aviner, Tzohar and Katz, Wasserman has remained mitzvah-observant, keeping Shabbat and kashrut. Still, she identifies strongly with her subjects and recalls feeling “different” from the other girls she grew up with. “We always had to be ‘a drop more,’” she said in describing the expectations that were placed upon her and her five siblings. “I swore I would never make a film about religious Jews, but this whole notion of being a rabbi’s daughter has been burning in me, and I knew I had to deal with it.”

Despite the tensions between the women and their fathers, we see glimpses of true understanding and connection. Wasserman believes that is what is at the heart of the film: ultimate acceptance and recognition of the daughters by their fathers.

“The Rabbi’s Daughter” has been shown online, on Israeli television and in screenings at cinematheques around the country. According to Wasserman, reaction has been generally positive, but people from the Haredi sector have noted that their parents are less accepting than the ones depicted in the film.

“Rebecca” (not her real name), the daughter of an influential American Haredi rabbi, who has seen the film, agrees. Having left the religious life, she is barely talking to her father. Still, the film resonated for her. “It is about that special relationship most girls have with their father, which is intensified when the father is a rabbi. It’s hard to feel you have the right to a perspective that is different from your father’s when he has the legitimacy of God behind him,” she said.

Singer Neshama Carlebach, daughter of the late Reb Shlomo Carlebach, does not recognize herself in the women in Wasserman’s film. “Those girls have so much sadness. They feel so much angst and guilt about letting their fathers down. I never felt any of that,” she said. The only bitterness she felt was in not having more time with her world-famous father, who was not around as much as she would have liked. “I always felt I was standing in his light, not in his shadow.”

Wasserman is well aware that every viewer of her film, whether a rabbi’s daughter (or son) or not, will see it through the lens of their own experiences. “For me, the goal of the film is to encourage people to be non-judgmental,” she said. “A rabbi’s daughter, like any daughter, has her own desires, makes her own choices, and lives her own life separate from her father’s.”

Renee Ghert-Zand writes frequently about the arts for the Forward.

It’s Not Easy Being a ‘Rabbi’s Daughter’