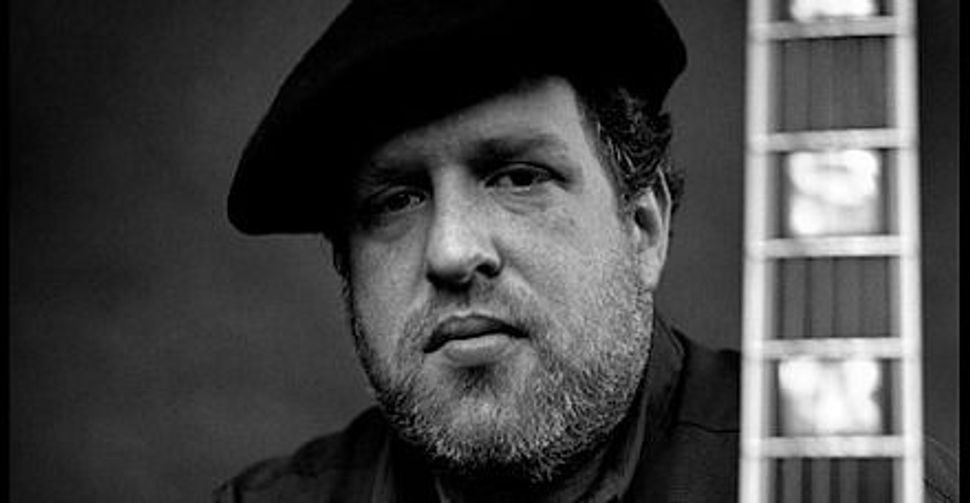 He?s With The Band: With his job playing for legendary jazz musician Sonny Rollins, Saul Rubin has found the kind of boost that money can?t buy. Image by Courtesy of Saul Rubin

Despite his easygoing presence, guitarist Saul Rubin reveals a contrarian side when contemplating the commercial zeitgeist. Having gone largely unrecognized for much of his performing life, this master of the musical conversation has, at 54, little time for interplay, musical or otherwise, with the single-minded strivers who populate today’s fragmenting marketplace.

It’s no small quirk of fate, then, that Rubin’s marketplace profile is receiving the kind of boost money can’t buy, courtesy of a new relationship with saxophonist Sonny Rollins. A venerated cultural figure, Rollins now counts Rubin among the members of his band. But Rubin, true to his skeptical nature, views even that development with some ambivalence.

“It’s a paradox,” he said in a recent interview. “All of a sudden I’m Saul Rubin, the guy who plays with Sonny Rollins. It gets me a lot of stuff, but I can’t really pursue my own career as an artist right now.”

Since 2009, Rubin’s career has revolved around Zeb’s, a sparsely appointed performance space and recording studio that he founded. He runs it above a plumbing supply store in Manhattan’s Chelsea neighborhood. On many a Wednesday night, when singers take center stage, he can be found in the accompanist’s chair, a slightly rumpled figure weaving lines between the musical spaces left by the evening’s headliner.

On Tuesdays or Thursdays, meanwhile, he can be found at Fat Cat, a sprawling recreation hall in a West Village basement, where for six years he has led his combo, the Zebtet, in weekly sets. Performing before a clutch of dedicated listeners amid a pool-and-Ping-Pong-playing crowd, he draws on originals with complex social themes, using titles — “Darkness,” “Winds,” “Universe” and the like — whose simplicity implies a desire to find the essence of the matter at hand.

That desire, in fact, is reflected throughout Rubin’s musical life. While the style of a song or the setting of its performance may vary, the presentation is executed with nary a gratuitous note — a testament to the integrity that is quietly gaining him adherents, including Rollins, who recruited him this past August and has played nine concerts with him, in the United States and Europe.

“He is a consummate musician, a person who is aware of the feelings of others and a person who is gentle in that sense,” Rollins said. “He is everything I could ask for in a band mate.”

Turned on to Rubin by saxophonist Paul Jeffrey, his onetime teacher at Hartford, Conn.’s Hartt School and a former sideman of Thelonious Monk, Rollins, who received the Kennedy Center Honors in 2011, said he is looking forward to continuing to work with the guitarist in the coming year.

For Rubin, that kind of acceptance is not easily assimilated. He acknowledges that he can be reticent to a fault, a tendency dating to his roots in the Midwood section of Brooklyn and in Great Neck, N.Y., where, as a kid with artistic ambition, he received little encouragement from his father, who assumed the role of skeptical Jewish parent. Later, as a young father himself, Rubin’s desire to lead the jazz life ran up against the need to make money, leading to a decade-long detour into graphic animation.

The detour had its rewards: a steady income; an outlet for his talent in visual art, which he has used at Zeb’s to create guitar-shaped bamboo mobiles hanging from the ceiling, and a chance to develop his technological skills, which he employs in manning the soundboard at Zeb’s. At the same time, the demands of the animation job limited his playing to the occasional wedding and off-hour jam.

But that, he said, all changed after 9/11, when a combination of economic circumstance and psychological need drove him to re-evaluate his life’s direction. Suddenly, animation work was less abundant, and he shifted his focus full time to jazz.

The work was sporadic until 2004, when Rubin was hired by trumpeter Roy Hargrove, with whom he had hit it off playing informal duos in the East Village. Hargrove was a marquee name, and Rubin, touring the world with his big band, attracted notice among the cognoscenti as a player and arranger, having contributed charts to the band.

As word of mouth about Rubin spread, he founded Zeb’s. Short for Zebulon Sound & Light, it shares a moniker with his nickname and a lost tribe of Israel. There he started the weekly singers series, attracting established artists like Roseanna Vitro and emerging ones like Nancy Harms. A guitar festival followed, drawing names like Bucky Pizzarelli and Peter Bernstein. The festival promises to become an annual affair.

But Zeb’s does not claim substantial recognition among the wider jazz public, in part by design. Although the logical next step in its evolution would be to transform it into a club, Rubin said he would not take that step. Like Rollins, who gave up playing clubs years ago, Rubin decries the distractions inherent in them and the hierarchical relationship their owners must develop with those who come through the space.

“It would change the vibe,” he said.

As it stands, Zeb’s contrasts markedly with the slick shops in its high-rent district. With amenities largely limited to self-serve wine and water, Rubin likens it to a community center in the Jewish tradition. While hardly a moneymaker — Rubin rents out Zeb’s for performances, parties and recordings at barely a break-even price — its finances have improved since he joined forces with Cobi Narita, a fabled supporter of jazz causes who helps with the rent and uses the space as needed.

That was in August, the same month he started working with Rollins — a confluence of events that suggests Rubin has been on something of a roll. According to Ben Meigners, an Israeli bassist who belongs to the Zebtet, Rubin may be more confident now than at any time in the decade he has known him. For all his confidence, though, Rubin seems unlikely to adopt the individualistic mindset of the striver anytime soon.

“This isn’t about single people, it’s about community,” he said. “That’s what I treasure.”

Phillip Lutz lives and writes in New York. His work has appeared in Newsday, DownBeat and, for 25 years, The New York Times.