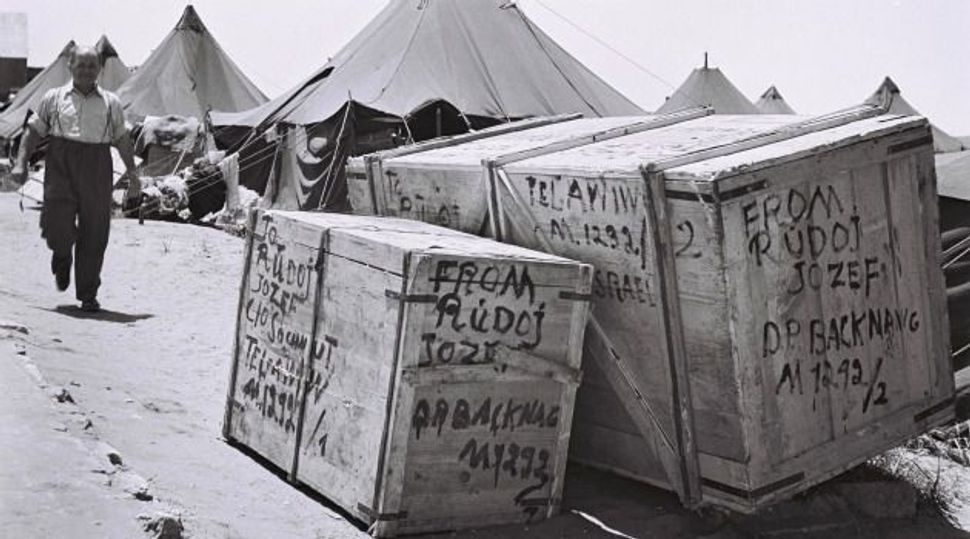 ‘The Netanyahu government is the most anti-Zionist Israel has ever had,” Israeli author Amos Oz declared at a gathering for the left-wing Meretz party a few days before Israel’s elections. This is because, Oz said, Zionism means a Jewish state, and unless the two-state solution for the Israeli-Palestinian conflict that Prime Minister Benjamin Netanyahu and his colleagues have been loath to promote is implemented, “there will not [even] be a bi-national state here but an Arab state.”

One can agree or not agree with Oz’s prognosis, but is there any justification for using a word like “anti-Zionist” for Netanyahu and the Israelis who voted for him, or for parties allied with him in his bid for another term as prime minister?

I think not. Oz, who is not only an accomplished Hebrew writer but also a man with a knowledge of Zionist history, should know better than to make the word “Zionist” conditional on support for a two-state solution. Zionism has always meant different things to different people who participated in its struggle and its politics. Many of these people were for a one-state solution — and some were even ready, at one point or another in their political careers, to let this one state have an Arab majority.

But surely, you object, I am talking about a fringe element that was never taken seriously by the Zionist movement! Not at all. Take, for example, Chaim Weizmann, president of the World Zionist Organization for many years during the period of the British Mandate and first president of the State of Israel. In 1930, at a meeting in Berlin of the Zionist Executive, the political Cabinet of the WZO, he declared:

“A Jewish state was never a goal in itself, but only a means to a goal…. The Balfour Declaration [which spoke of the establishment of a ‘Jewish national home’ in Palestine] makes no mention of it. What Zionism is about is the creation in Palestine of the material foundations on which a productive, autonomous [Jewish] society can be constructed.” This society, Weizmann emphasized, did not even have to constitute a majority of the population of Palestine to satisfy Zionist aspirations.

Soon afterward, Nahum Sokolow, who was about to succeed Weizmann as the WZO’S president, issued a statement in the organization’s name that “a Jewish state is not part of the practical program of Zionism.”

To be sure, the right-wing Zionist leader Vladimir Jabotinsky attacked Weizmann and his supporters for having abandoned Zionism, and in protest dramatically tore up his membership card in the WZO at the 17th Zionist Congress in 1931. Yet Jabotinsky was for a one-state solution, too. He and his followers rejected all proposed partitions of Palestine into a Jewish and Arab state, and he held that once the Jews had a majority of “even one person” in Palestine, a Jewish state should be established in all of it. (Jabotinsky also adamantly opposed any talk of encouraging Arabs to emigrate from the country, which he thought would always be “a land for two peoples.”)

As for the Labor Zionist left, which in the 1930s was both anti-Weizmann and anti-Jabotinsky, it did not officially endorse the idea of a Jewish state until 1942, when its leader, David Ben-Gurion, did so at the so-called “Biltmore Conference” in New York City. Then, too, Ben-Gurion spoke not of a fully independent state, but of a “Jewish commonwealth” within the framework of the British Empire.

One can argue that Weizmann, Jabotinsky and Ben-Gurion — the most important figures, along with Theodor Herzl, in Zionist history — were all thinking within a given historical context; that both Ben-Gurion and Weizmann backed a two-state solution by accepting the 1947 United Nations partition plan, and that Jabotinsky, too, might have come to different conclusions had he not died in 1940. That may be true, just as it may be true (although in the case of Jabotinsky, at least, one very much doubts it) that all three men might have agreed with Amos Oz about what needs to be done were they alive today. Yet Ben-Gurion and Weizmann were not less “Zionist” before changing their positions, nor would Jabotinsky have become more “Zionist” had he changed his.

Today there is a Jewish state, and no Jew in his right mind, let alone one claiming to be a Zionist, wants to lose it. But it is certainly possible for Zionists today to differ about the best way of maintaining this state, just as they differed in the 1920s and ’30s about the possibility or desirability of creating it. Apart from the shared belief that Jews should live in Zion, the word “Zionism” has never referred to a single outlook on even the most fateful of questions. This is no time to narrow its definition.