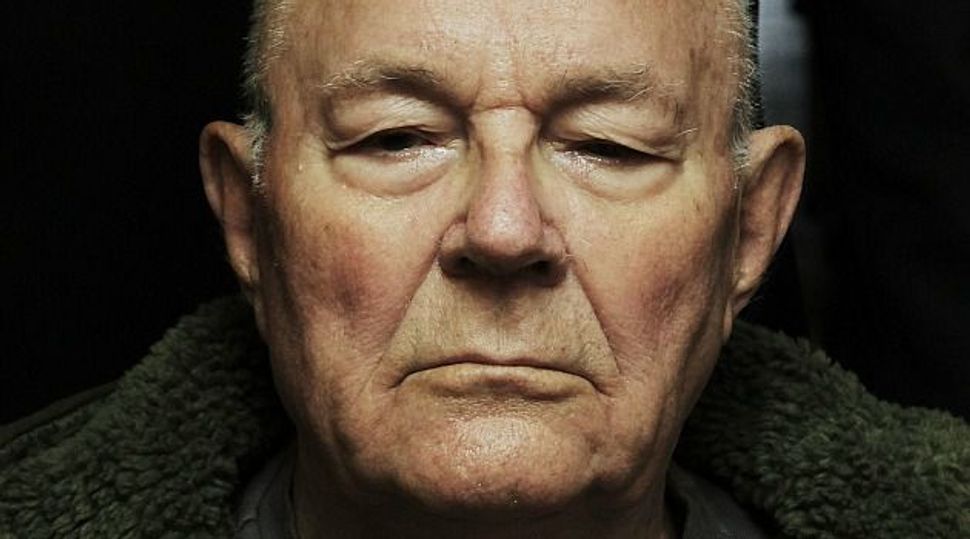 Useful Enemy: John Demjanjuk (seen above) almost certainly served as a guard at a Nazi death camp, but according to author Richard Rashke?s new book, he probably did not deserve to undergo a 34-year-long ordeal before receiving a five-year prison sentence. Image by Getty Images

The most obvious horror arises from Rashke’s graphic descriptions of atrocities committed by the Treblinka concentration camp guard known as “Ivan the Terrible,” as well as by Nazi doctors and Eastern European thugs — deeds so appalling that they will shake even those steeped in Holocaust grotesqueries.

More broadly, there is the ideological horror of America’s policy of tolerance toward Nazi war criminals — toward anyone, no matter how villainous and corrupt, that some government agency thought might be useful during the Cold War.

There is the lesser-known horror of American soldiers brutally expelling Soviet prisoners of war and even civilians from displaced persons camps and other relatively safe havens, to face imprisonment, torture and death in a hostile Soviet Union. And there is the horror of the decades of silence and cover-ups that obscured these American transgressions.

Finally, against the backdrop of these outrages, there is the horror that befell a seemingly ordinary Ohio man, an elderly mechanic named John “Iwan” Demjanjuk who had immigrated to the United States after the war.

In Rashke’s account, Demjanjuk — first charged in 1977 with illegal entry into the country — was hardly an innocent. A Ukrainian national who was drafted into the Soviet Red Army, he was captured by the Germans during the war and, rather than remain a prisoner himself, almost certainly served as a guard at the Nazi death camp Sobibor, in Poland. Like many in similar circumstances, after the war he sought a new start in the United States, and lied about his past.

But just how great, and how worthy of prosecution, were his crimes? Demjanjuk, we come to understand, was at most a minor cog in the Nazi machine, probably more coward than sadist. Compared with doctors implicated in torturing and killing Jews in concentration camp medical experiments, or with officers who presided over the deaths of countless slave laborers, Demjanjuk was a hapless nobody who arguably did not deserve to undergo a 34-year-long legal ordeal before receiving a five-year prison sentence.

Rashke is a masterly writer of narrative nonfiction, and a dogged investigator. The ambitious structure of “Useful Enemies” sometimes tests the reader’s endurance. But it ultimately increases the book’s intellectual and emotional heft.

Relying largely on court transcripts, Rashke recounts in exquisite detail the various deportation hearings and trials undergone by Demjanjuk. He painstakingly considers, and reconsiders, the evidence — from an identification card that seems to link Demjanjuk to a training school for concentration camp guards to vivid (but error-laden) eyewitness testimony.

As Demjanjuk’s fortunes shift, it is hard to avoid the conclusion that truth itself is often murky, and the American (or any other) justice system is not always well equipped to uncover it. The difficulties mount when complex political calculations and powerful emotions are involved, as they were here.

Why it took so long to find and prosecute Demjanjuk — as well as why he was prosecuted at all — is a question that is largely answered by the rest of “Useful Enemies.” Utilizing interviews with whistleblowers and documents uncovered by Freedom of Information Act requests, Rashke sheds new light on America’s complicity in sheltering Nazis.

The outlines of the story are already familiar. The United States resisted even filling its immigration quotas for persecuted European Jews before and during the war. By contrast, this country was uncommonly receptive to fleeing Nazis and Nazi collaborators after the war, in large part because our onetime enemies were now seen as indispensable in countering the new Soviet Communist threat.

One notorious example is the case of Wernher von Braun, the Nazi rocket scientist who helped boost America’s space program. Though the extent of von Braun’s complicity remains unclear, Rashke ties him to the slave labor, torture chambers and corpses of Camp Dora (later, Mittelbau-Dora), where the Reich located its underground rocket factories. The camp, which Rashke describes in chilling detail, was an especially brutal place, “the worst of any SS camp, including Auschwitz.”

Scientists weren’t the only culprits whose past sins were ignored. Each American government agency seemed to have a separate program to identify “useful enemies” and give them cover. In the late 1940s and early ’50s, when the Cold War was at its height, the United States may have admitted as many as 10,000 Nazi collaborators.

Even as Germany held a series of war crimes trials, American bureaucracies guarded their secrets. It took a new generation to focus attention on finding those Nazis still at large here. Demjanjuk was swept up in that historical current, as he had been in so many previous ones.

But the book pivots on a larger question. “Was America’s use and shielding of these war criminals a repugnant but necessary and pragmatic choice to secure the nation during the Cold War? “Or was it illegal, unethical or immoral?” Some might say “All of the above,” but Rashke leaves no doubt about where he stands.

Julia M. Klein is a cultural reporter and critic and a contributing editor at Columbia Journalism Review.