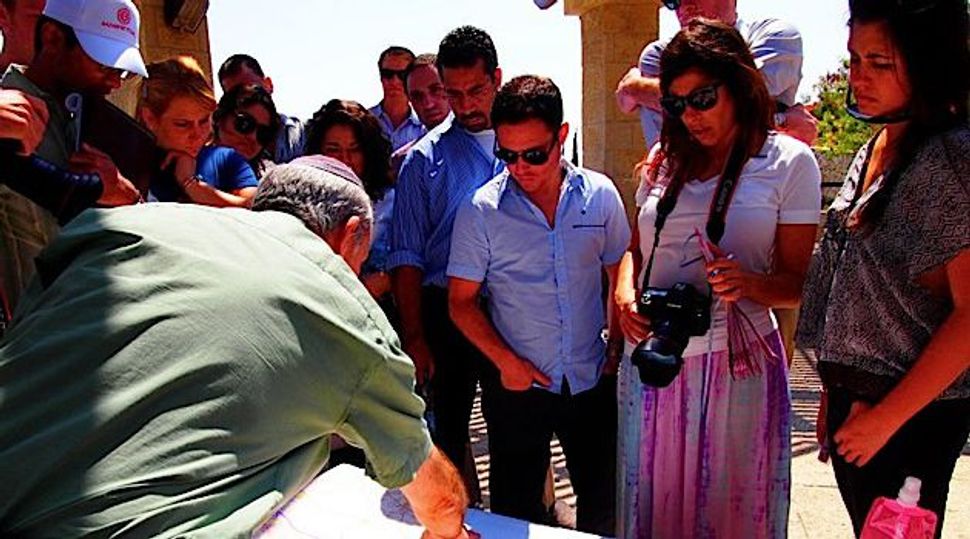 The Israeli-Palestinian conflict has long been a fiery subject on college campuses, with national pro-Israel groups and, to a lesser extent, their pro-Palestinian counterparts vying to influence the debate.

Alongside such heavy hitters as Hillel or the Muslim Students Association, smaller, student-created groups have cropped up. These grassroots groups often focus on dialogue rather than debate, seeking to impact and advance campus conversation on the Mideast.

The composition of these student-run groups differs, as do their methods of addressing the issues, but each firmly believes that a fresh approach to the conflict is needed across college campuses in the United States. Here are five to watch.

“A really important way to show you care about these communities is to criticize them.”

The Harvard College Progressive Jewish Alliance was founded in 1988 as the university’s chapter of New Jewish Agenda, a national human rights group, and separated to form an independent entity shortly thereafter. Today, it organizes programming to endorse a two-state solution; equal rights for Israelis and Palestinians; feminism; LGBT rights and environmental sustainability.

Recently, PJA has hosted speakers from Breaking the Silence, a group of IDF veterans who speak out against Israeli military policy. The group also spoke with students going on Taglit-Birthright Israel trips, with the goal of educating them about the full spectrum of cultural life in Israel.

But the group hasn’t had an unequivocally warm reception on Harvard’s campus.

Last November, PJA was scheduled to host an event at the campus Hillel, “Jewish Voices Against the Israeli Occupation.” The event was co-sponsored by the Harvard College Palestine Solidarity Committee.

Hillel International told the Harvard chapter that the pro-Palestinian group’s co-sponsorship was against Hillel guidelines. PJA was forced to move its event, said PJA Chair Rachel Sandalow-Ash. Her group criticized Hillel in a public letter for “moving farther and farther from being ‘the foundation of Jewish campus life’ that it claims to be.”

Harvard Hillel Executive Director Rabbi Jonah C. Weinberg had a different take. When groups like PJA seek “meaningful and hopeful interactions with pro-Palestinian student associations, in hopes of increasing mutual awareness and understanding and, where possible, finding common cause,” he said, “here we must be very cautious.” Steinberg added that Hillel has a clear policy against sponsoring events with groups that support the movement to boycott, divest from, and implement sanctions against Israel, (which the Harvard PSC advocates for on its website). “We cannot foster the appearance of cooperation with that agenda,” he said.

Sandalow-Ash said of Hillel, “They’re questioning our loyalty to the Jewish community. A really important way to show you care about these communities is to criticize them.”

“At the end of the day, a better conversation allows more innovative ideas.”

Three former Israeli military members at Brandeis, dismayed that discussions on campus between different pro-Israel factions often turned into shouting matches, created Brandeis Visions for Israel in an Evolving World. They hope to further a diverse, depolarized conversation through skits, focus groups and forums — where students can speak their minds but are also forced to confront opposing viewpoints.

“Israel-related activity on campus is hardly lacking,” said Chen Arad, one of bVIEW’s founders. “Conversation can sometimes be perceived as a lack of action, but at the end of the day, a better conversation allows more innovative ideas.”

When bVIEW was founded in 2011, Arad said it was important that the new group stay unaffiliated with established organizations, so students could voice unpopular opinions in a non-hostile setting. Also important was bringing on speakers with a range of perspectives. “There’s no agenda here.”

This school year, bVIEW has held programs examining Zionism and the daily lives of Israelis and Palestinians at Brandeis.

Ashraf Hussein, a Palestinian student at Brandeis with Israeli citizenship, said he was impressed that student members of Students for Justice in Palestine and the American-Israel Public Affairs Committee were involved. “They still disagree on a lot of big issues, but at least they came together to listen,” he said. “It’s remarkable.

“Students join so they can say something and not be told what to do.”

The Olive Tree Initiative, which began at UC Irvine, has spread throughout the UC system and to 15 schools in the northeast.

Students from the schools — including Jews, Catholics and Muslims — embark on three-week educational trips to the Middle East, splitting their time between Israel and the Palestinian territories as well as meeting with 80 speakers, community leaders and politicians from a range of backgrounds. Upon returning to their campuses, the students are encouraged to use these conversations and experiences to enrich their communities, having been exposed to all sides of the Israeli-Palestinian argument.

“You can’t do that on college campuses, create the cognitive dissonance we experience on our trips,” said OTI Assistant Director Corey Feinstein. “We’re not an advocacy organization. On one level, advocacy organizations traditionally inform and tell their students what to say and how to say it, whereas with OTI, students join so they can say something and not be told what to do.”

“We talk less about policy and more about personal experiences.”

At Wellesley College, a student-created Community Task Force on the Middle East pushes groups with opposing agendas to meet directly and discuss differences. The Task Force, which includes students from Wellesley Friends of Israel, Hillel, the Islamic Student Association, Wellesley Arab Women, J Street and Wellesley Students of Palestine, meet each Friday afternoon for lunch with Victor Kazanjian, dean of intercultural education and religious and spiritual life, to debate issues relating to the Middle East.

Ariel Robinson, a member of the Task Force, said her involvement has helped her uncover layers of the issue that she was never exposed to before. “The point of Task Force is to get uncomfortable,” said Robinson. “We talk less about policy and more about personal experiences.”

Hayley Malkin, another member of the group, was raised in a Conservative Jewish community and said she was never challenged to articulate her support of Israel beyond recognizing it as a Jewish homeland. Today, she said, she wrestles with her support for Jewish statehood and the unease she feels over occupation of Palestinian territories.

“I don’t know of any other group on Wellesley’s campus [that] engages regularly in the kind of honest, painful and eye-opening dialogue that is fairly standard for Task Force,” Malkin said.

“The mission is to serve as a safe space for students of all religions and backgrounds to discuss Israel and Palestine.”

When Elie Peltz, now a junior at the University of Pennsylvania, first arrived on campus, he felt there was no forum to discuss the Israeli-Palestinian conflict. Students who did speak up often felt threatened and disrespected.

“There was almost zero opportunity for dialogue between members of the various camps,” he said.

Along with a classmate involved in Penn for Palestine, in January 2011 Peltz created an informal dialogue group with eight members, split between pro-Israel and pro-Palestinian students. That group, which meets biweekly with facilitators and psychologists, evolved last April into the Penn Dialogue Forum, which engages the entire campus community.

“The mission is to serve as a safe space for students of all religions and backgrounds to discuss Israel and Palestine,” said Peltz.

PDF often hosts chats in which participants break off into different factions and then move between each group to discuss issues from the recent battles in Gaza to personal experiences living abroad.

Peltz says dialogue is more than just “Kumbaya” — it can be the strongest bridge for college students to evolve their thoughts on the issue.

“I view [dialogue] as a microcosm of the larger conflict and I personally don’t think we’ll able to resolve Israel-Palestine if both sides can’t understand and hear the other’s position. If we can’t do that on campuses, when we’re so close to the other side, I’m concerned about what can and cannot occur on a larger scale.”

Seth Berkman is the editorial fellow at the Forward. He can be reached at berkman@forward.com.