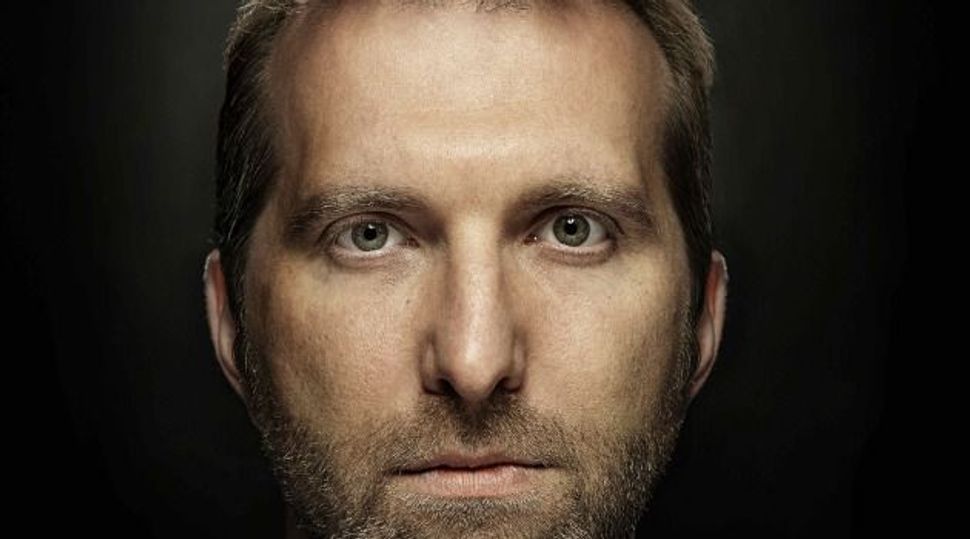 Recently, fictional Nazis have been enjoying a resurgence in contemporary literature. As seen in high-brow novels such as Jonathan Littell’s “The Kindly Ones,” works of young adult fiction, such as John Boyne’s “The Boy in the Striped Pajamas,” and mass market books, such as Philip Kerr’s series of Bernie Gunther detective tales, the Third Reich continues to serve as a deep well of literary inspiration for writers of all kinds.

Within this body of literature, the subgenre known as alternate history also continues to be well represented. Following on the heels of Philip Roth’s “The Plot Against America” and Michael Chabon’s “The Yiddish Policemen’s Union” — both of which introduced counterfactual fiction to a more mainstream audience — British writer Guy Saville’s new novel, “The Afrika Reich,” promises to intrigue readers with an imaginative tale of what might have been.

Saville is the latest in a long line of diverse authors — including Noel Coward, Philip K. Dick, William Shirer, Robert Harris and Newt Gingrich — to explore the nightmare scenario of the Nazis winning World War II. He breaks with tradition, however, by abandoning the familiar premise of the Nazis invading England or the United States and shifting the story to Africa.

“The Afrika Reich” is crafted as a fast-paced political thriller. The year is 1952 and the Nazis have won World War II, thanks to Great Britain’s decision to forge a separate peace with Germany following Hitler’s capturing of the British Expeditionary Force at Dunkirk in June 1940.

Among the key decisions that follow is Britain’s agreement at the Casablanca Conference of 1943 to divide up Africa with Germany, paving the way for “a decade of peace and prosperity” for both countries. Behind the scenes, however, trouble is brewing. A power struggle between the SS and the Wehrmacht in Africa threatens to unleash an old-style colonial war between Germany and Great Britain over the spoils of empire.

Against this backdrop, the novel pits its protagonist, a hard-bitten British war veteran named Burton Cole, against his nemesis, the fanatical SS governor general of the German Kongo, Walter Hochburg. As the two men’s fates become intertwined, “The Afrika Reich” offers readers an abundance of espionage, double-dealing, intrigue and scenes of Nazi sadism, all of which culminate in a not-to-be-divulged ending.

Saville’s tale is noteworthy not merely for transferring the nightmare of a victorious Nazi Reich to an exotic location, but for shifting our attention to new features of Nazi criminality. What is particularly striking about the novel is the insignificance of the Jewish question. Saville alludes in passing to the fact that millions of Jews have been deported to the island of Madagascar by the early 1950s.

But the main victims in the novel are black Africans. Under Hochburg’s rule, millions have been put to work as slave laborers for German industries — Volkswagen AG, for example — and many end up being deported to the Sahara desert as part of Heinrich Himmler’s program of “ethnic reallocation and consolidation.”

In focusing on African victimization at the hands of the Nazis, the plot of “The Afrika Reich” dovetails with recent academic scholarship on the Holocaust, some of which has sought to de-center the Final Solution of the Jewish Question from the Third Reich’s larger genocidal crimes. This has been visible in the work of such Holocaust historians as Donald Bloxham and Timothy Snyder, who have stressed the Nazis’ (unrealized) plans to murder tens of millions of Eastern European Slavs during WWII.

It has also shaped the work of German historian Jürgen Zimmerer, who has tried to connect the Holocaust to Imperial Germany’s colonial genocide against the Heroes of German Southwest Africa during the uprising of 1904–07. Like these academic studies, which have tried to understand the Holocaust more from within the context of modern genocide than from that of modern anti-Semitism, “The Afrika Reich” subtly universalizes Nazism’s significance.

This normalizing tendency is also visible in the novel’s use of the Third Reich to offer a political critique on contemporary events. Saville clearly casts the victorious Nazis as irredeemably evil, but he does so less to condemn the Third Reich than to criticize Great Britain’s collaboration with it in an effort to preserve its empire. In likening Great Britain to Nazi Germany, Saville’s novel offers a critical commentary on British foreign policy since 9/11. In a recent interview, the writer expressed his desire to challenge British myths about WWII — especially the idea of “the good Allies versus the evil Nazis” — because of how they “set the context for conflicts ever since, including the invasion of Iraq.”

Many readers, to be sure, will probably ignore this political subtext and simply enjoy “The Afrika Reich” as an imaginative and entertaining journey through a nightmarish world that never was. By the time they reach its dramatic conclusion, they will suspect (correctly) that a sequel is in the offing. Saville has said that its subject — the fate of the Jews in Nazi-ruled Madagascar — will be a “metaphor for the Israeli-Palestinian conflict.” If so, the novel promises to spark controversy as the victims missing from “The Afrika Reich” take center stage in its follow-up.

Gavriel Rosenfeld is professor of history at Fairfield University and is the author of “The World Hitler Never Made: Alternate History and the Memory of Nazism”(Cambridge University Press, 2005).