Sigmund Freud’s Best Pupil and His Descent Into Madness 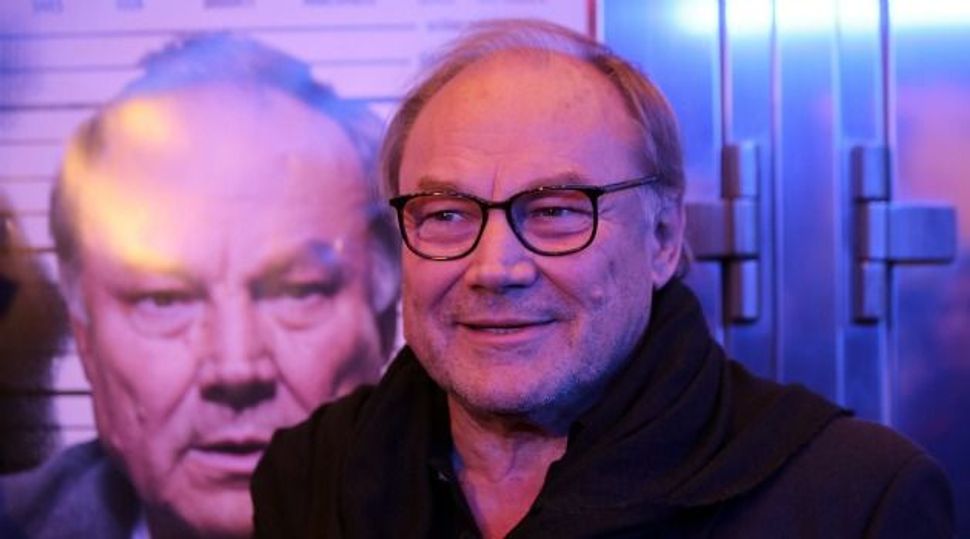 Being a prophet is an arduous profession, and one should by all means steer one’s children away from it. It is lonely, the hours are long, the pay is shabby and the people you endeavor to lift out of the darkness and into the light invariably claw and fight against you the entire way. They might remember you fondly, but only after they throw you and your works onto the bonfire. Or perhaps after they find your lifeless body on the floor of your jail cell a week before your parole hearings, as they did with Austrian psychologist Wilhelm Reich. Reich was the only man who was so honored as to have his books burned by both the Nazis and the McCarthy-era American government, both of whom immolated copies of his “Mass Psychology of Fascism.”

It is somehow appropriate that the inventor of the Orgone Accumulator — a homemade telephone-booth-sized cabinet lined with an energy-absorbing metallic coating in which one would sit to be charged up with metaphysical energy — died in a similar sort of enclosure.

The accumulator itself was immortalized in Woody Allen‘s “Sleeper” and in the fiction of William S. Burroughs and Evelyn Waugh. Though we already knew the end of this sad tale, the publication of “Where’s The Truth?” the fourth and last volume of Reich’s private letters and journals, fleshes out in detail his thoughts and feelings at the tragic conclusion of his life.

Perhaps Freud’s most brilliant pupil — in 1919, when Reich was 22, Freud allowed him to work as the youngest analyst in his clinic in Vienna — Reich was the prophet of the sexual revolution. Endeavoring to meld the insights of Marx and Freud with the emerging field of neuropsychiatry, he pioneered innovative techniques to analyze and ameliorate the “genital dysfunction” of the Viennese working classes

Even more so than Freud he saw psychological disturbances as stemming from sexual dysfunction, the deleterious effects of which combined with economic deprivation and carnal physicality to inscribe neurosis upon both the mind and the body. Yet Freud disapproved of the single mindedness of his insights and pruned off this disciple as he would many others for the crime of ignoring his injunctions and carrying their research into uncharted realms.

Reich was cast out from the International Psychoanalytical Association at the 1934 conference in Lucerne through what he considered deceitful intrigues. He performed body massages as part of his therapeutic practice, and he probably never had a female patient with whom he did not become involved. Engulfed by events throughout both World War II and the Cold War, he was hounded by the American authorities as a communist after immigrating from Norway.

Reich’s degeneration into the paranoid megalomania that this book chronicles was, in retrospect, over determined. In a previous volume of the journals, “Beyond Psychology,” Reich wrote bitterly on his 40th birthday that “removing unnecessary suffering from this world cannot be the task of one man alone.”

The enormity of that task was already apparent to Reich when he was a young man categorizing personality types according to their physiological malformations in his classic mainstream work, “Character Analysis.” From his insight that “every Neurotic structure has a genital disturbance in one form or another which causes sexual stasis and thus provides the neurosis with its source of power,” he extrapolated the individual’s need to be cured of his internal sexual clotting before society could be cleansed of fascism. All his later books represented attempts to save man from himself.

Reich was kicked out of the communist parties of multiple European countries. Pursued across Europe as a Jew by the malevolent forces of fascism, he believed that he had pinpointed the cause of the pathology of the human condition. The symptoms were our endemic stupidity, casual cruelty, paralyzing fears, bouts of self-destructive rage; these constituted “the emotional plague” within all of us.

Being a technically adroit sort of mystic, he claimed a biological and materialist determinism for the problems of the soul. Given that sexuality was the source and expression of all life energy, Reich thought that he had discovered the force that powered the Organism and the Orgasm, and he named it “Orgone energy.” This Orgone energy was to be the creative yang to the destructive ying of Einstein’s nuclear physics. Cosmology was thus bracketed with science and metaphysics through the archetypally mystical idea that we literally inhabit our energies.

Reich theorized that the cosmic rays from the atmosphere’s life-sustaining “Orgone envelope” could be harnessed through daily irradiation inside the Orgone container to cure the sources of the “cancer biopathy.” And the magic didn’t stop there: “Where’s the Truth” includes letters describing UFO sightings and diagrams showing how to build an Orgone cloud cannon that would make the southwest deserts bloom.

The Food and Drug Administration (whose jurisdiction over the Orgone energy of the universe Reich denied vigorously, and whose agents he rails against throughout the book as HIG’s “hoodlums in government” and “savage hounds out to kill”) saw him as a “charlatan of the highest order” and pursued him in what was indeed a merciless fashion. Not that Reich made things easy on himself. The book’s plaintive title comes from one of his many primordial rants on the veracity and honor of the trial against him. In typically self-righteous fashion, Reich refused to believe that the outcome of his court case depended on such mundane details as having a good lawyer.

Refusing the services of a lawyer to defend himself and subsequently refusing to attend the trial, he was sentenced to two years of prison for contempt of court. The last diary entry found among the prison scraps before a heart attack felled the formerly vigorous man at the age of 60 was an undated “premonition” expressing his final hopes: “to finally have understood what the human race had embodied in the idea of God, to have lived it and yet not to have fallen prey to its unrealities will add to the great consolation…. unknown, yet close to one’s blood is the infinity of future possibilities, reborn in every child in every forlorn hut. Once no more feared but caressingly protected, this infinity will make Man gather himself into that great effort, the great beginning, from which small souls at present are still shrinking away, drowning in foggy lostness.”

Denounced as a bipolar madman and a schizophrenic by many, including his analysts, his work was instrumental in the formation of myriad analytic movements, ranging from ego psychology and body psychotherapy to bioenergetic therapy and the primal screaming popularized by Arthur Janov. He retains his mythical cult status within certain sectors of the profession. No one has ever suggested that a genius, even a genius within this particular profession, need be a psychologically simple creature.

Vladislav Davidzon is a writer,critic and translator. He is currently attending the European Union’s Human Rights Master’s program in Venice.

Sigmund Freud’s Best Pupil and His Descent Into Madness