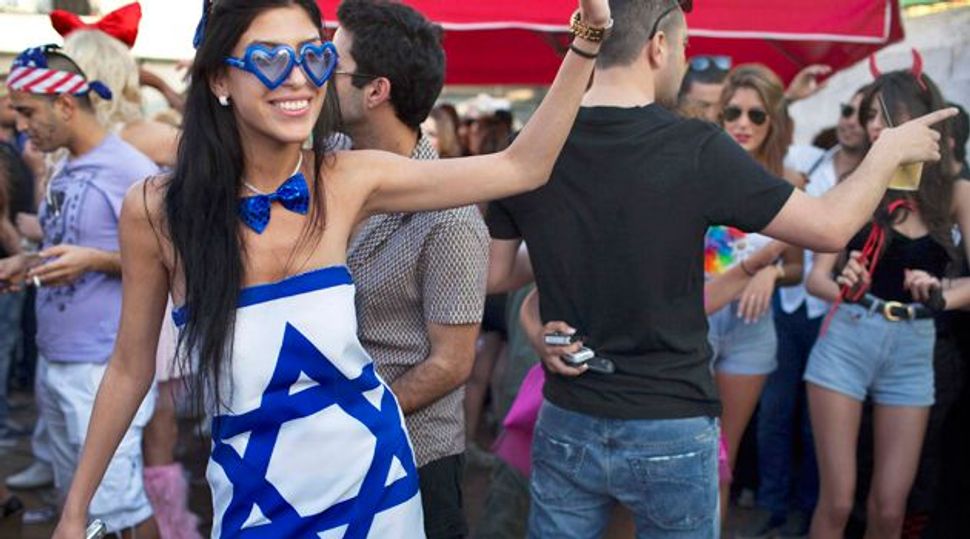 Dressed for the Interview: BootyCall Israel has attracted many applicants with their hearts set on becoming counselors. Image by courtesy of the bootycall israel institute for jewish repopulation

Over a decade of trips means the “Taglit-Birthright Israel” bus is an accustomed sight throughout Israel, usually idling in front of you for hours in traffic. But now a lot more of those buses are expected to dot the Jewish State — and these ones will be rockin’.

“Tachlit-BootyCall Israel” is once again the brainchild of philanthropists Michael Steinberg and Charles Seagram. Says Seagram: “Birthright is still a great idea, but it hasn’t led to enough actual births.”

Steinberg agrees, noting, “The connections that Birthright creates between young Jews are solid. Now it’s time to move onto fluids.”

The new program will take 30 Jewish young people, carefully screened for physical vigor and STDs (Semitically Transmitted Diseases). As with Birthright, they will be given a full tour of Israel, only this time emphasizing dimly-lit sites with activities that will include entering Elijah’s Cave, climbing the Tower of David and digging for treasure in Dvorah’s Tunnel.

Tours will be led by members of the IDF’s elite “Yente Brigade,” who vow to “put the whore back in hora” with variations on Israel tourism staples. For example, the cable car up to Masada will now “accidentally break down” mid-trip. And the archaeologically-minded will have opportunities to play “explore the mounds” and “bury the shard.”

Unlike Taglit, on buses marked Tachlit (meaning “goal” or “purpose”) there will be reclining seats and Maccabee and Goldstar beer on tap, while Idan Raichel sings on an endless loop.

Transgender, bisexual, gay and lesbian Jews who particularly hit it off will have the option of an El Al layover in Beijing to pick up their new adoptive child.

While only in its pilot phase, the program has already boosted the Israeli economy. Jerusalem’s makers of copyright-violating kippot featuring Bart Simpson, Batman and baseball team logos have redirected their talents to condoms. Also happy to accommodate is the manufacturer of the newly popular contraceptive snack food, “Plan Bisli.”

Unsurprisingly, the program has its critics. Yeshiva University President Robert Jiml has condemned BootyCall’s activities as “conduct that should only occur between a married man and woman, or be hushed up between faculty member and student.”

But Seagram and Steinberg remain confident, and are hard at work on the program’s much-anticipated “continuity piece.” This stateside program, “BootyText Israel,” enables lonely alums to summon a suitable Sabra to their beds by F-16. The Israeli will only remain in the U.S. long enough to consummate the relationship and start a shady cellphone business.

“Israel and the diaspora have always been strong friends,” says Seagram. “Now it’s time for the benefits.” Echoes Steinberg, “At BootyCall, we say the future of the Jewish people is in your hands. Preferably in someone else’s pants.”