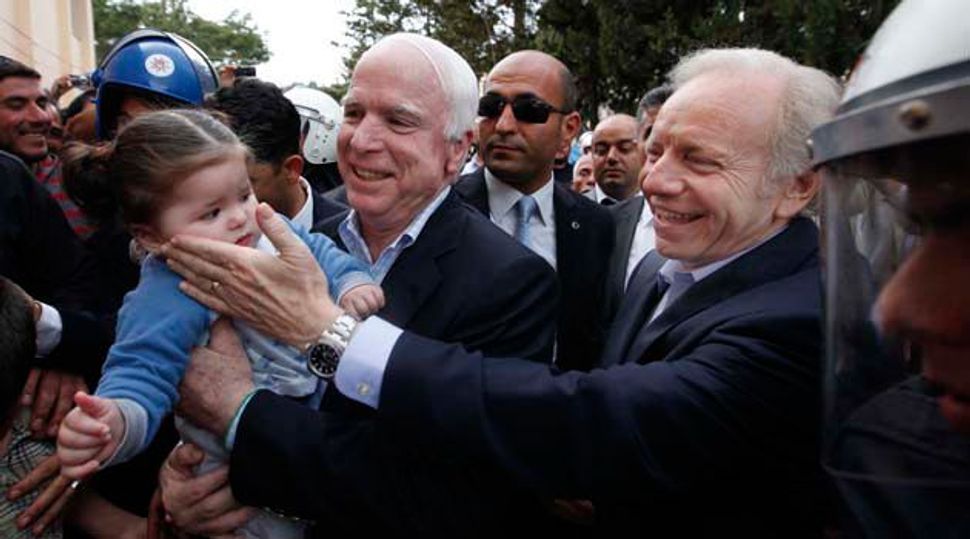 Slappy Joe? Riot police and the FBI intervene as former senator Lieberman reaches gleefully for a young child in Bristol, Conn. Image by courtesy of connencticut department of corrections

Former Senator Joe Lieberman has spent the weeks since his retirement driving around the state of Connecticut getting on people’s nerves, according to reports from residents.

Lieberman, once a controversial political figure on the national scene, has been spotted enraging local citizens across the length and breadth of the Nutmeg State. Witnesses told the Backward that they had seen the former vice-presidential candidate setting off car alarms in Bristol, heckling stall owners at a farmers market in New Milford, and even tripping an old lady crossing the street in Danbury. His term officially ended January 3.

“It’s like the guy just wants to make people mad,” said Waterbury resident Milton Kamen, who said that Lieberman had spent five minutes asking pointless questions in line at a local Taco Bell before loudly announcing that he couldn’t eat there, as the restaurant was not kosher. “I mean, if there’d been some kind of principle behind it, I could respect that. But he just seemed to want the attention.”

When reached for comment in his LeBaron coupe, which was parked in the middle of a popular basketball court in Hartford, Lieberman told the Backward that he was “just being the same independent guy I’ve always been. And I think the people of Connecticut respect that independence.”

Political columnist Ron Watman, who writes for the New Haven Telegraph, noted that Lieberman had only recently surrendered his ability to inflict irritation nationwide, with his betrayals of political allies and sanctimonious denunciations of partisan bickering.

“This is a man who genuinely loved to tick people off, just for the thrill of it — cutting Medicare, championing Iraq or campaigning with McCain against the Democrats,” said Watman. “Now the only person left to cheese off is his wife, and she’s not gonna stand for it.”

“I mean, you almost feel sorry for the guy. Or at least, you would if he weren’t being such a nudnik.”