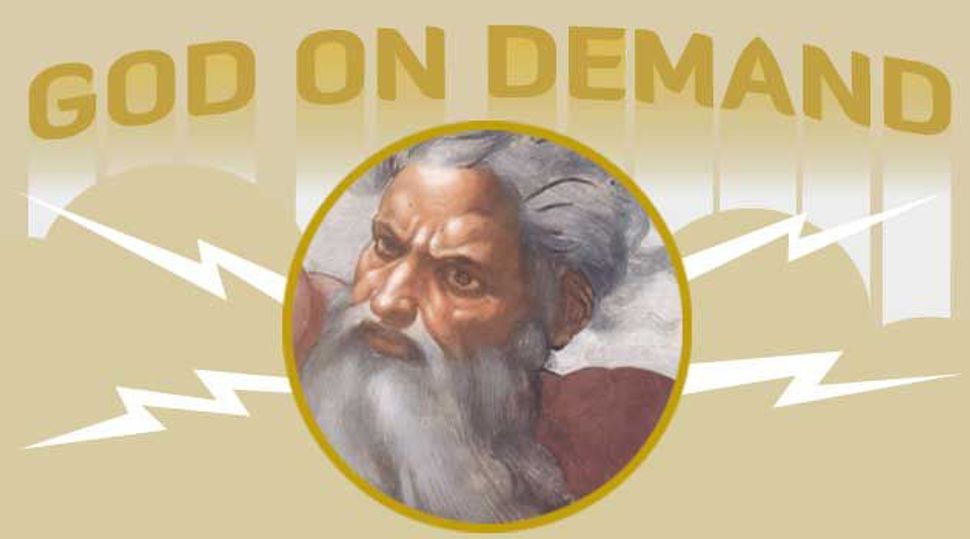 Taking a cue from on-demand digital streaming services like Hulu and Spotify, God announced today that He would no longer be everywhere all the time, and would focus on a pay-per-miracle model for distributing His compassion.

“In today’s crowded religious landscape, it simply makes sense,” said the Almighty. “Consumers aren’t interested in praying for services they don’t use. This way people can receive My targeted attention without exorbitant devotional fees. It’s a win-win.”

In the wake of the divine pronouncement, tech leaders said that they were in advanced negotiations with celestial content providers. Hulu confirmed it is exploring a premium Kabbalah service, while Amazon Instant Video said it is in talks with a number of demiurges.

The shift in the divine benevolence model comes after an earlier experiment with ad-supported holiness, in which worshippers seeking His mercy first had to watch a 30-second commercial for 5-hour ENERGY. The Lord quickly abandoned the idea as unsustainable, noting that too many adherents were circumventing the ads and instead pirating their blessings from illegal torrent sites such as The Mitzvah Bay.

Reaction from worshippers has been generally favorable, though not all miracles will be immediately available through the streaming service, most notably professional sports victories. “I wish I could, but My hands are tied. The NFL has those contracts locked up tight,” said the Eternal One, adding that He hoped to eventually expand His network to include not only sports, but original content as well.

“It’s been so long since I created, and I’d love to take a run at something groundbreaking,” he said, quickly adding, “I don’t mean earthquakes per se. Just something like what Netflix is doing with ‘House of Cards.’ Have you seen ‘House of Cards’? Oh, man, it is so good.”