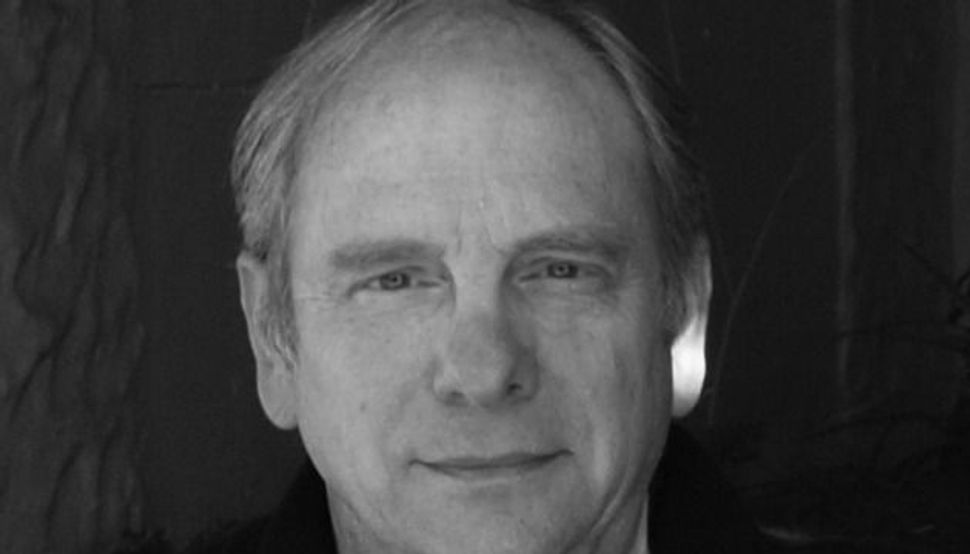 Michael ?The Machine? Lavigne: The Sami Rohr-nominated novelist of ?Not Me? returns with his follow-up ?The Wanting.? Image by Gayle S. Geary

‘The Wanting” starts with a bang — literally — when a body part flies past the large plate-glass window of Roman Guttman’s office. Roman is pretty sure it was a head. He sees the head go by, then he hears the explosion; then his enormous window shatters, and just like that he becomes part of a larger story, another victim of a Jerusalem suicide bombing.

When he next becomes conscious, he’s in an ambulance with a giant piece of glass sticking out of his head and smaller pieces decorating his face and body. “One move and you could push that piece of glass right into your brain,” Moshe, the paramedic, says, but with a casual humor and lack of urgency that Roman finds reassuring.

The paramedic confirms that the explosion was, in fact, a Palestinian suicide terrorist who had detonated himself at the bus stop on the corner of Roman’s street. “But you knew that,” Moshe adds, “from the trajectory of the head I sent as a warning.”

It appears, later at the hospital, that Moshe doesn’t exist. No one else saw him. The hospital staff thinks Roman has been hallucinating. But Roman, whose disbelief in God has always been fanatical, disagrees nevertheless.

This little mystery — never solved, never meant to be solved — is a warning shot, like that head flying past the window, to announce that “The Wanting” isn’t necessarily going to confine itself to facts.

Three characters take turns narrating this story. Roman is an architect who was born and raised in Soviet Russia and had immigrated to Israel a dozen years earlier with his infant daughter, Anyusha.

The second narrator, Anyusha, now 13, is dealing with more than the usual adolescent confusion: Her mother, Collette, was a refusenik who was arrested, “tried” and imprisoned; she died soon afterward. Anyusha has no memories of her mother. What she does have is a lot of rage. In her opinion, Collette should have left the activist business the minute Anyusha was born.

The third is Amir Hamid, the dead suicide terrorist, whose soul is trapped somewhere nearby, condemned to hover over his surviving victims as they try to mend their broken bodies and lives.

These three have little in common, but at this moment in time, all happen to be searching for answers to unanswerable questions. And all have abruptly left normal life behind, throwing it overboard like ballast in their need to know now.

Roman wants to know what could possibly motivate the killing of innocent people. What crucial part of the killer had to be stunted or missing to see that as a rational choice? How could he do it?

Anyusha wants to know why her mother chose protest and arrest over her own child. And also: Is there a God? And also: If there is, what is His opinion of the violence that often seems the sole means of obeying His commands?

Amir’s question is a lot like Roman’s: How could he have done what he did? What was he thinking? And also: Why did Allah permit him to be born, filled with promise and talent and dreams, when he was fated to spend his life replacing carburetors and performing tune-ups at his father’s garage? How could He do that?

This is only Michael Lavigne’s second novel (“Not Me,” which won a Sami Rohr Choice award, was the first, in 2005), but you can already pick out some signature styles and preoccupations. In both novels, horror and humor are coiled around each other inseparably, like the strands of DNA’s double helix.

Here, for instance, is young Amir on the day of his martyrdom, with the bomb already strapped to his chest, remembering too late that he was supposed to buy the batteries. Reluctantly he strips the batteries from his father’s beloved remote control, cringing at the thought of his father’s rage when he discovers the dead remote. He leaves a note: “Sorry, but your batteries are needed to liberate Palestine. Love, Amir.”

Both novels are heavily steeped in irony, which Lavigne sees as a condition of Israeli existence — not, perhaps, as necessary as oxygen (although who knows?), but equally fundamental. Irony is not in the atmosphere, it is the atmosphere: Israelis must absorb and somehow withstand being compared to Hitler, day and night without respite. They must tolerate the worldwide tendency to see the terrorists as the victims in the endless struggle between Israel and 300 million Arabs.

And the ultimate irony is that despite having struggled and fought to build a Jewish safe haven, safety is further away than ever before. Even in Russia under the Communists, they didn’t try to blow you up at bus stops.

Yeah, Jews and irony: like a horse and carriage.

Incapable of stepping back into his life as if nothing had happened, Roman wanders around southern Israel and the West Bank, trying to make sense of violence. During those unsupervised hours, Anyusha is being recruited by a group of Jewish religious extremists who want to blow up a mosque.

Meanwhile, the soul of Amir, the headless suicide bomber, is not allowed into heaven. Weeks after his suicide, Amir is still unsure why he is not in “Paradise with my dark-eyed maidens and rivers of wine,” and vaguely concludes that “Allah had other plans” for him. He wishes he could remember what the Quran had to say on this point, but since he never did get around to reading the holy book, he cannot remember anything helpful.

Roman drives into the West Bank and leaves his car at Amir’s father’s garage, pretending to want a tune-up, then wanders into the desert just outside town and becomes hopelessly lost. Many hours later, Amir’s father finds him, dehydrated and incoherent, and decides to bring him home until he’s well enough to travel. At some point, Roman realizes he is sleeping in Amir’s bed.

It’s probably inevitable that a novel about people searching for answers to unanswerable questions will not have a clean, satisfying ending. Each of the three learns something important, though, allowing them to resume their unique journey, wherever it takes them.

As in life, that’s all we can ask.