How ‘Downton Abbey’ Plundered the Story of ‘Fiddler on the Roof’ 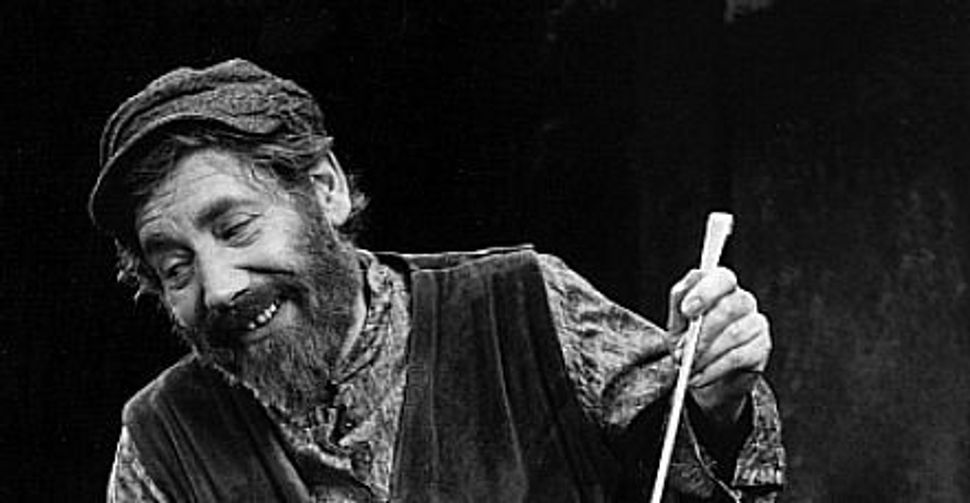 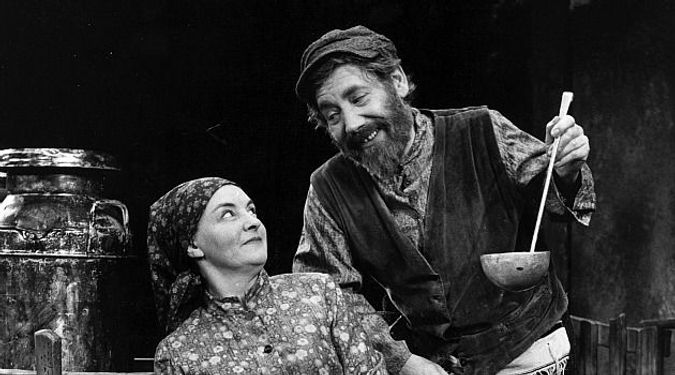 I WIll Be Your Father Figure: Tevye the Milkman was lord of his manor much like Lord Grantham of Downton Abbey (but at a slightly different pay scale). Image by getty images

Lord Grantham is Tevye the Milkman.

As the trials and tribulations marking the third season of BBC’s “Downton Abbey” came to a close, the realization hit me: Julian Fellowes has created a WASP version of “Fiddler on the Roof.” Despite obvious differences, the fundamental premise is identical: how a proud man with three daughters copes with the changing societal norms threatening the traditions that define him. Just as interesting, the way that plotline plays out in both “Downton” and “Fiddler” has startling similarities.

In each world, the traditions seem immutable — explicitly God-given in Tevye’s case, implicitly so to Robert Crawley and his fellow “lords” — as well as innumerable. As Tevye explains: “Here in Anatevka, we have traditions for everything. How to sleep. How to eat. How to work. How to wear clothes.” “Downton Abbey” is pretty much the same, with equally obscure justifications. Why, after all, is dressing in white tie the standard for dinner while black tie is unacceptably informal?

The geographic isolation of the Pale has provided Anatevka with a measure of insulation from forces roiling the outside world, just as the Yorkshire countryside has done for Downton. Change comes nonetheless, and it’s felt most keenly by — well, Tevye and Lord Grantham would both agree with this description of the status quo in the opening song of “Fiddler”: “And who has the right, as master of the house/To have the final word at home?/The papa, the papa!/Tradition!”

That’s the theory; however, three marriage-age daughters have a different idea. “Fiddler” and “Downton” immediately follow a strikingly similar path. One daughter (Tzeitel, Lady Mary) is pushed into an engagement with a man she doesn’t love because he promises financial security for her and the family (the butcher Lazar Wolf, the newspaper magnate Sir Richard Carlisle).

But Tzeitel and Lady Mary unexpectedly refuse to go through with the marriage. Though this sudden flare of independence initially causes a furor, the man each woman loves and eventually marries does come from within the tradition (the tailor Motel Kamzoil, the middle-class cousin Matthew Crawley). The family patriarch quickly relents and embraces the new choice.

The other two daughters have a more difficult time. Here, too, “Fiddler” and “Downton” are parallel. One daughter (Hodel, Lady Sybil) falls in love with a radical (Perchik in “Fiddler,” Tom Branson in “Downton”) who envisions a society where traditions linked to the accident of birth — gender, economic status, religion — no longer defines one’s life. As if that weren’t enough, each man also practices dangerous, anti-monarchical activism: Perchik opposing the czar, and Branson seeking to free Ireland from rule by the British king.

Hodel and Lady Sybil defy the threat of family ostracism by declaring that they won’t seek their father’s permission to marry, yet they’ll still seek his blessing. In that way, we learn that every tradition doesn’t have to be an all-or-nothing proposition. Prodded by wives who again emphasize personal fulfillment (love) over group norms (that “master of the house” stuff), “Papa” and “Father” give in.

And the third daughter? In “Fiddler,” Chava does the unthinkable, running away with Fyedka, a non-Jew. (Perchik was at least a Jewish radical.) In “Downton,” the potential challenge is even more distressing than a Catholic Crawley grandchild. Lady Edith seems poised to live with a married man whose wife’s institutionalization precludes the possibility of divorce. In both cases, tradition breaks entirely. Now what?

The sense of precariousness surrounding “Fiddler” and “Downton” is not only emotional, but also physical. “A fiddler on the roof” symbolizes Anatevka, Tevye explains, because each person is “trying to scratch out a pleasant, simple tune without breaking his neck.” Downton in its own way reflects that same dread.

True, when Tevye fantasizes about being rich, many of his dreams describe Lord Grantham’s everyday reality: “I wouldn’t have to work hard…. The most important men in town will come to fawn on me.”

But Tevye’s real worry is about losing what he already has, and that same concern, albeit in a wildly different economic bracket, constantly haunts “Downton.” When not caught up in domestic dramas, the Seventh Earl of Grantham frets about losing his estate (no male heir, no money for maintenance) and being unable to provide jobs for servants and villagers. (Tevye and his neighbors have no such “trickle down” worries, of course.)

It is precisely Lord Grantham’s sense of losing control despite his wealth and power that keeps us captivated. As shocked as we are by Lady Sybil and Matthew’s unexpected deaths, it is with a frisson of schadenfreude that we watch Downton’s inhabitants confront the truth that rich and poor alike are subject to life’s misfortunes.

The protection of geography is also fading. The “Downton” initial season and “Fiddler” both take place just before World War I, and in both cases the upheaval of that era is unleashing cultural changes against which physical isolation cannot protect. In both cases, America looms as a land where individuals’ lives are unfettered by traditions linked to lineage and religion. Understandably, that prospect has more appeal in Anatevka than in Downton, even if an American wife and her fortune saved Robert’s family estate.

In contrast to the attention given her American upbringing, Cora Crawley née Levinson’s Jewish maiden name goes conspicuously unexplored on “Downton.” It is omitted by even the sharp-tongued Dowager Countess, who assumes the role of disapproving traditionalist played by an entire village of tongue-clucking neighbors in “Fiddler.” When the flamboyant Martha Levinson visits Downton Abbey, not a single comment about her husband’s presumed religion crosses anyone’s lips.

Yet despite the vastly different social standing of Tevye and Lord Crawley, it will be the Jews, not the British aristocracy, who are the more successful in bringing the core of their traditions intact through the crucible of the remainder of the 20th century and into the next one. In today’s Britain, the aristocracy survives, but its power is largely broken. The Jews, meanwhile, though horribly cleansed from the villages and cities of Eastern Europe, have adapted, and the Jewish people flourish.

And not only in America. The small, green shoots of rebirth can be seen even in places where a half-century ago, Judaism was pronounced dead. British viceroys, by contrast, are not coming back to India. Or, for that matter, to Palestine.

When to resist change, even at the risk of breaking, and when and how to adapt to it? This is as intensely a personal question as one of clan, class or country. Tom Branson may be the model of the modern answer, bending enough to become a valued senior manager for a large organization — that is, the Downton estate. In doing so, he returns to the roots of his own upbringing while being true to his late wife’s.

The appeal of rootedness is rooted deep within us. The Crawleys’ fierce dedication to their family estate is obvious, but even Tevye and his neighbors admit an emotional attachment to Anatevka. Nonetheless, in both “Downton” and “Fiddler,” the message that adaptation is essential to survival reverberates loud and clear.

Our ambivalent feelings about what is called “progress,” whether sociological or technological, lie at the heart of both dramas. It is why “Fiddler” had one of the longest runs in Broadway history and it is why “Downton” is one of the most successful BBC television dramas.

The vital lessons the younger generation teaches in “Downton” and “Fiddler” are ones that the elders of all societies constantly struggle to absorb. Traditions are precious, but not all traditions have the same value. Discarding old ways that have outlived their usefulness plays a critical role in preserving the traditions that are essential. There is a constant balance between traditions that bind us to the past and those that fortify us for the future. It is a lesson that Tevye and Lord Grantham — and we — continue to learn.

Michael L. Millenson, a long-time active member of the Chicago-area Jewish community, is a health-care consultant, researcher and writer and a former Pulitzer Prize-nominated reporter for the Chicago Tribune.

How ‘Downton Abbey’ Plundered the Story of ‘Fiddler on the Roof’