Palestine Might Still Be A Better Name Than Israel 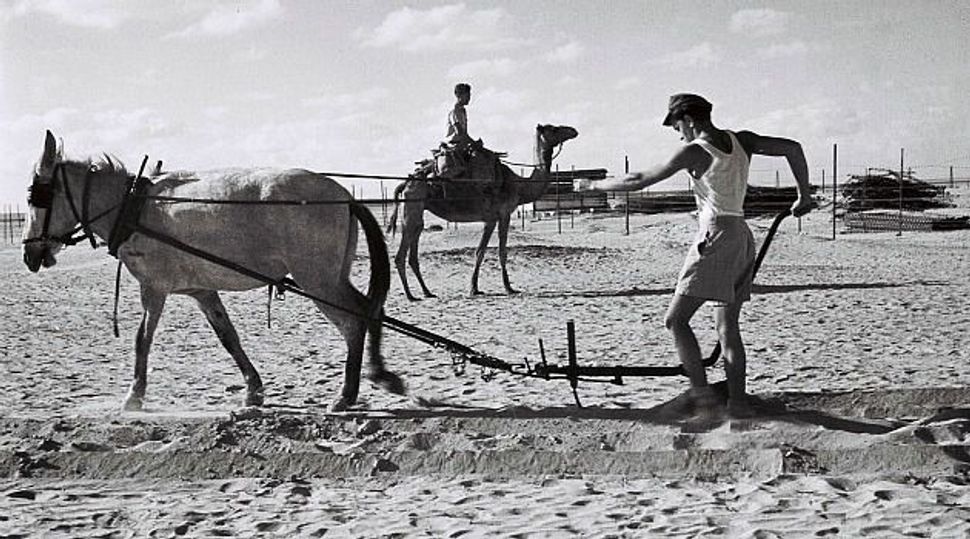 The Value of Names: What should ?Eretz Israel? be called in English? What it?s always been called, at least for the past several hundred years ? namely, Palestine. Image by Getty Images

‘He’s not going to give up one inch of Eretz Israel,” New York Times columnist Roger Cohen quotes Israeli political scientist Shlomo Avineri as saying of Prime Minister Benjamin Netanyahu on February 15. And Cohen adds, by way of explanation, “Eretz Israel is a biblical term widely used to refer to the area between the Mediterranean and the Jordan River, encompassing all of the West Bank.”

Technically speaking, there’s nothing incorrect about this. The Hebrew term eretz-yisra’el, “the land of Israel,” is indeed found in the Bible and is widely used by Jews. What, then, apart from the fact that Cohen has been far from friendly to Israel over the years, makes this sentence so aggravating?

Well, think of it this way. Although the Germans call their country Deutschland, the English word for it is Germany. Suppose, then, that Cohen had written a column using the word Deutschland while pointing out for the elucidation of his readers: “Deutschland is a medieval term widely used to refer to the area of Central Europe between the Rhein and Oder rivers, including all of East Germany.”

But of course, he would never say that. He would say: “Deutschland is the German word for Germany.”

Just as he should have said: “Eretz-Yisra’el [and not “Eretz Israel” — I’ll get back to this] is the Hebrew word for Palestine.”

This isn’t a quibble; it’s an observation regarding a tendency, of which Cohen is a good example, to belittle the deep, uninterrupted Jewish connection to Palestine over the centuries by attributing it to a distant biblical past alone — from which, after a lapse of thousands of years, modern Zionism, as it were, has resurrected it.

The fact is that although it occurs in the Bible, eretz-yisra’el is rare there. We find it once in the book of Samuel and twice in the book of Ezekiel; otherwise, the Bible speaks, in its earliest books, of eretz-k’na’an or eretz-ha-k’na’ani, “the land of Canaan” or “the land of the Canaanite,” and in its later ones, simply of ha-aretz, “the Land.”

Starting with early rabbinic literature, however, eretz-yisra’el is ubiquitous in Jewish discourse. It is not “widely used”; it is universally used, the standard way of referring to Palestine not only in Hebrew, but in Yiddish and other Jewish languages as well, and it has remained so to this day. Jews never thought of Palestine as anything but eretz-yisra’el, even if there were literary epithets, such as eretz-ha-kodesh, “the holy land,” or eretz-avot, “the land of the fathers,” that occasionally took its place.

Which isn’t to say that “Eretz-Israel” should be used in English. On the contrary, I’m all for avoiding it. It’s a clumsy hybrid — eretz is not an English word, and Israel is not a Hebrew one — with propagandistic overtones. Zionist writers and publicists who wished to avoid saying “Palestine ” introduced it into English in the first half of the 20th century, and it continues to be used, when it is, by Zionists and pro-Zionists only.

Nor is the totally English “Land of Israel” much of an improvement. Both terms are misguided ways of declaring, “Palestine is a Jewish country and should be called by its Jewish name” — misguided because, while there’s nothing wrong with such a sentiment, Jewish sentiments shouldn’t be forced on the English language.

So what should “Eretz Israel” be called in English? It should be called what it’s always been called, at least for the past several hundred years — namely, Palestine. As I’ve argued before in these pages, “Palestine” was never traditionally an anti-Jewish or anti-Zionist word and shouldn’t be allowed to become one. Until the declaration of the State of Israel, in 1948, in fact, Zionists used it all the time, and Palestinian Jews proudly called themselves “Palestinians.”

True, times have changed. Yet linguistic needs haven’t. We still need a linguistically neutral term for “the area between the Mediterranean and the Jordan River,” and it would be wiser to insist on restoring the traditional neutrality of “Palestine” than to try to come up with an artificial and unnatural-sounding substitute.

If a state of Palestine is established, the cities of Nablus, Ramallah, Jericho and Hebron will not be in medinat yisra’el, yet they will continue to be in eretz-yisra’el; nor is there any conceivable way in the Hebrew language that they could not be. If Roger Cohen understood this, he would understand something about historical Jewish attitudes toward Palestine that eludes him: Zionism did not rediscover the “Land of Israel.” It was there all the time.

Palestine Might Still Be A Better Name Than Israel